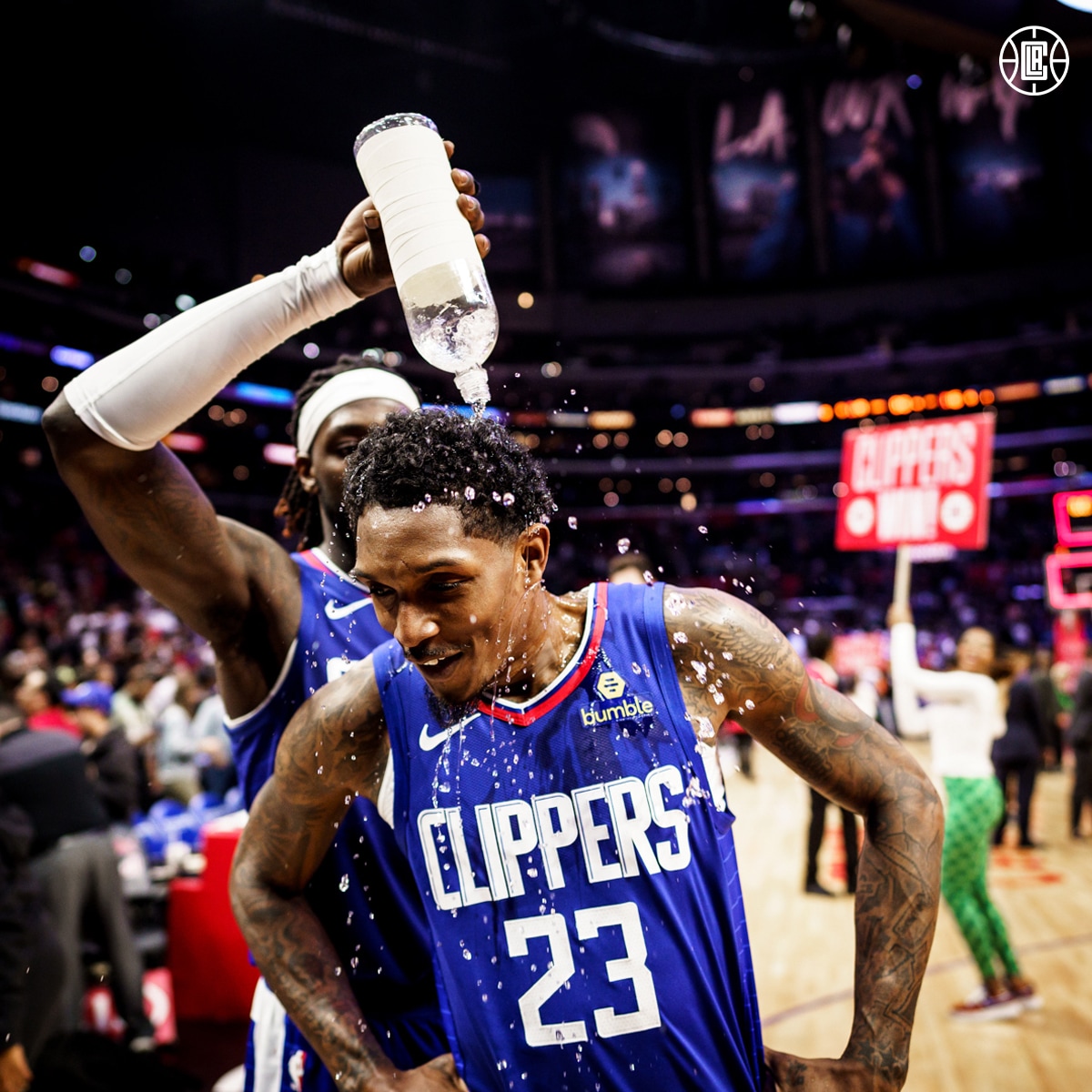 The Clippers did make a trade deadline move after all, sending Lou Williams, two second round picks (2023 Portland, and their own 2027 per Andrew Greif of the LA Times), and cash to the Atlanta Hawks for Rajon Rondo.

On the face of it, this trade “makes sense”. Rondo is a battle-hardened veteran who has won two championships, and has consistently proven his mettle in big moments. There has also been chatter all season about the Clippers’ need for a point guard, and Rondo is nothing else if not a point guard.

Look a little deeper though, and the trade seemingly falls apart. Lou has taken a step back this year, sure, and his fit with some of the other Clippers has come into question a bit. However, Rondo has been maybe the worst veteran rotation player in the NBA this year, a completely putrid presence on both ends of the court for the Hawks. Moreover, what Rondo does better than Lou (pure passing, maybe defense) is not as valuable for the Clippers as what Lou offered as a shot creator and downhill attacker.

Many of the complaints about the Clippers of late are in regards to their ability to get to the basket and draw free throws – ways of creating offense that go outside of shooting jumpers. Well, Lou has taken 119 free throws this season in 918 minutes. Rondo has taken 2 (!!!!) in 402 minutes. The Clippers downgraded big time at one of their biggest weaknesses.

“But Rob”, you might say, “The Clippers are building for the playoffs, and Lou Williams has been bad in the postseason while Playoff Rondo is definitely a thing!”. And, well, that’s where the argument is for this trade. Again though, it doesn’t hold up great in actuality when put under the microscope. Despite individually poor numbers, the Clippers outplayed the Nuggets by a vast margin with Lou on the court in last year’s playoffs. Rondo’s numbers, meanwhile, were buoyed by unsustainably hot three point shooting in the infamous bubble setting, and any defensive numbers are tricky to navigate considering the Lakers’ overall dominance in that department last year. It’s easy to look good when playing next to the best basketball player of all time and a Hall of Famer in his prime who’s on-fire from all over the court while playing inferior opposition.

That’s not even counting the fact that Rondo is now 35, and has worsened from a really bad regular season player last year to one of the worst in the NBA this year, and there’s no guarantee he can raise his level again in the postseason. Rondo also played well in the playoffs for the Pelicans, but that was now three years ago, and outside of that he’s only played in four playoff games since 2012, making the “Playoff Rondo” situation a very small sample size.

Finally, outside of the individual players involved, this seems like awful asset management. Even if you think Rondo is a better or more reliable postseason player than Lou (questionable, as discussed above), giving up two second round picks (both of them decent) is a lot for a guy having as bad a year as Rondo is having, and who has another season at $7.5M on his contract while Lou was an expiring. Worse, there were other point guards moved today that are just better than Rondo (Delon Wright and George Hill) who were picked up for second round picks and salary filler as well – why weren’t the Clippers interested in either of them? Or Victor Oladipo, who was acquired by the Heat for the mere price of a poor pick swap and salary filer?

Ultimately, I don’t think the Clippers making this trade of Lou Williams for Rondo will have much of an effect. Rondo has a much lower floor than Lou, and while he has a higher ceiling in the playoffs, his best strengths aren’t really what the Clippers need. Giving away assets for a maybe upgrade for a guy with questionable locker room history (and awful on-court antics) for a Clippers legend is just very tough.

I haven’t talked about Lou much, really, because he deserves a much longer and more thoughtful goodbye than this rushed recap. The Underground GOAT has given the Clippers 3.5 years of mostly excellent play, entertaining basketball, coolness, and leadership, and he will be missed dearly. Atlanta is not a championship caliber team this season, but hopefully Lou can win won somewhere. And if the Clippers do raise a banner this season, the only former Clipper who deserves a ring is Sweet Lou.