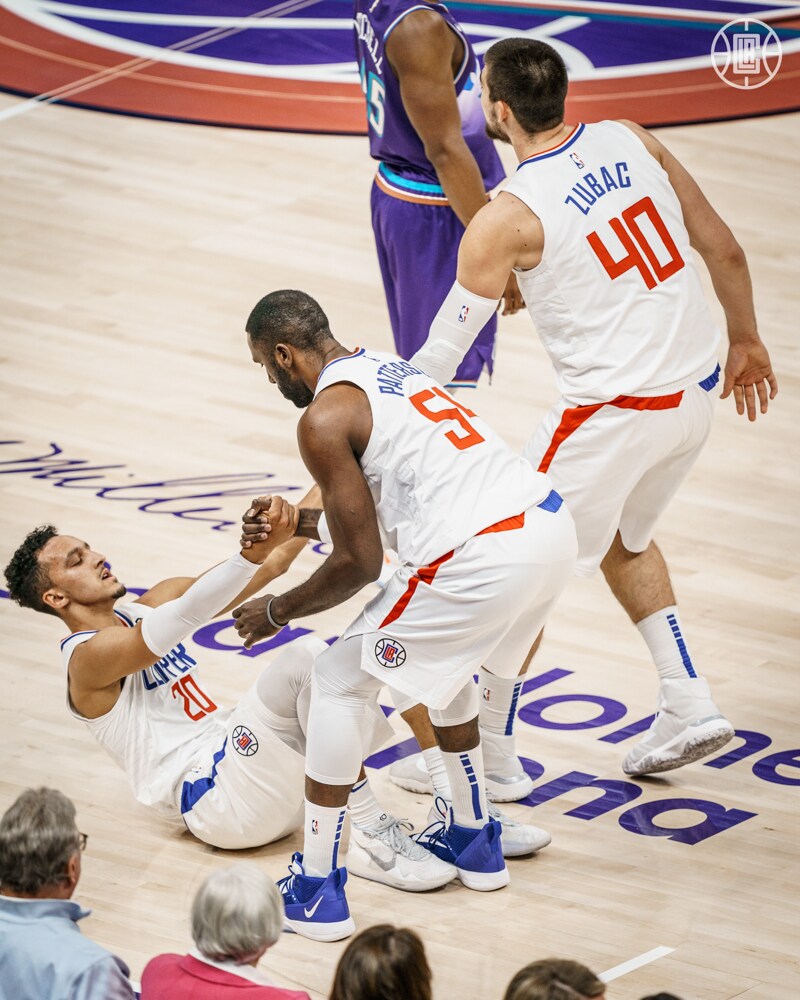 The Clippers arrived in Orlando for the NBA bubble restart a week and a half ago, but are not yet at full strength. To be more specific, Ivica Zubac, Landry Shamet, and Marcus Morris have all not checked in to the Disneyworld facilities yet. Here’s a quick Clippers status update on those guys and when we might see some action.

Coach Doc Rivers has been firm in his stance that he will not discuss players who have not arrived in the bubble yet, and reiterated that position today. Therefore, there’s been no official update on these players in a few days. Here’s what we can assume will happen with them, and when they might rejoin the team.

Ivica Zubac was reported to not have arrived in Orlando last week, and was scheduled to come “eventually”. Now, eventually is not a promising timeline, but it does indicate that nothing serious enough has happened to compromise his return to the season. Additionally, Joakim Noah keeps getting linked to Zu as a mentor in the bubble, and that probably wouldn’t keep happening if plans for Zu to participate weren’t in progress. It’s not clear what’s going on with him, but he should be on his way at some point.

Landry Shamet is the most clear-cut of the absent players. He was reported to have tested positive for COVID-19 nearly two weeks ago, and needs to pass multiple tests with a “negative” before he can travel to Orlando. However, two weeks is the usual quarantine period for Coronavirus, so if all is well, he could be cleared to head out in the next day or two. No setbacks have been reported, and he reported a video about clanking wine glasses “real soon” on Instagram yesterday, so all seems good to go for him.

The most mysterious case is that of Marcus Morris, on whom nothing has been reported or noted outside of his absence in the bubble. He hasn’t posted on Instagram since June 19th, though he has been somewhat active on Twitter in the past couple days. It’s unclear what has kept him from Orlando, though his staying in a hotel and not having been settled into Los Angeles due to arriving at the trade deadline could have increased his chances of infection. No updates have been given at all, but there’s also been nothing to suggest he will be ruled out of the bubble, so there’s every chance he will be on his way shortly as well.

We will continue to keep you posted with any other Clippers status updates over the coming days. Hopefully Zu, Shamet, and Morris can join the team soon – scrimmages are just a week away, and while those are effectively preseason contests, it would be helpful to have the full squad present for as much as possible.