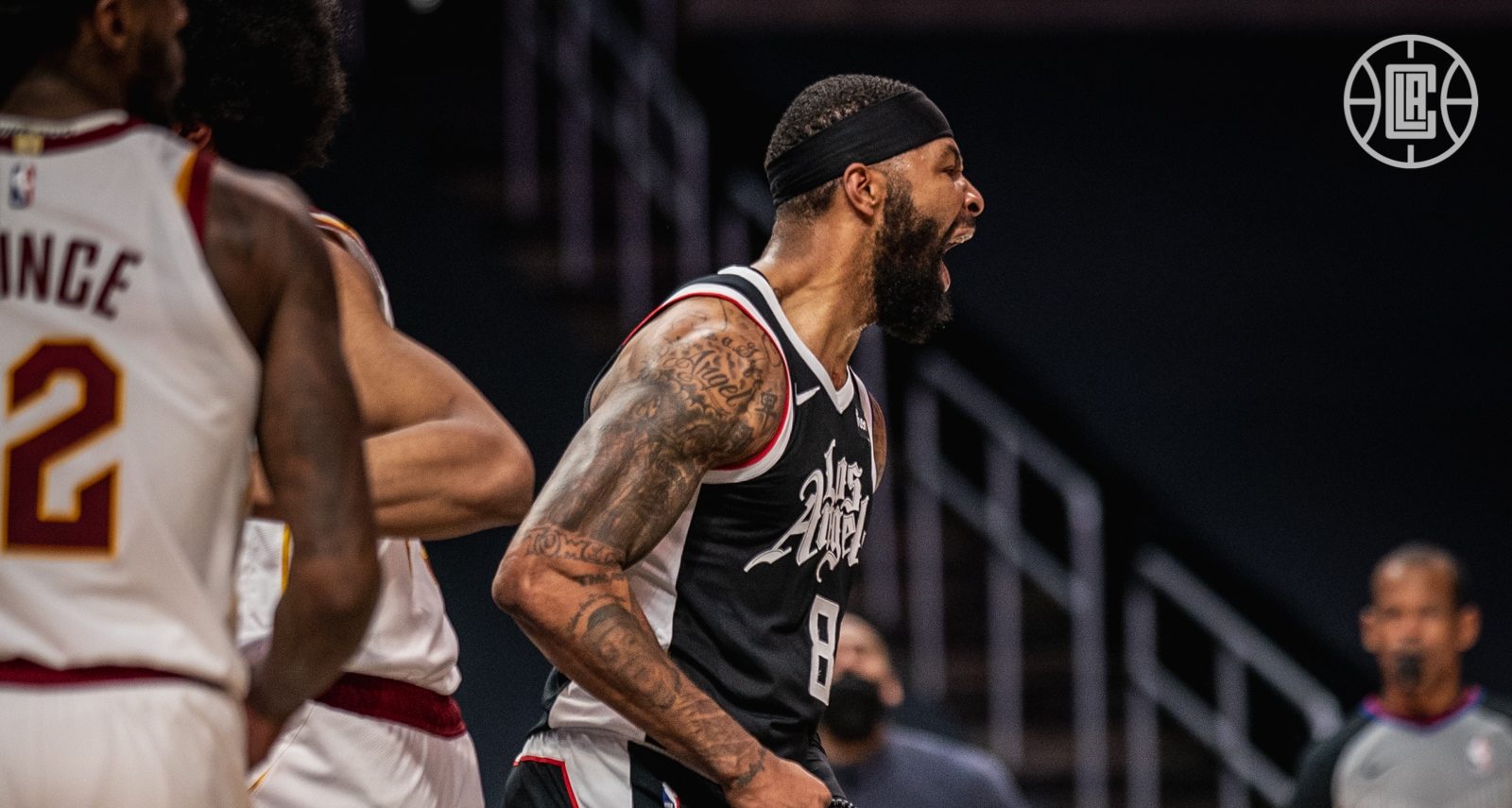 After stumbling into the all-star break, the Clippers have put together a quality second half of the season. Chemistry, coaching, and relentlessness have all had their share in the identity that the team has formed in that time. Here are my ultra-brief observations of the past seven weeks, which include some welcomed changes, some unfortunate remains, and one frustrating development.

Two more established veteran players have entered the Clippers’ locker room since the all-star break, and they’ve been able to make positive contributions in a variety of ways. Of those contributions, perhaps none have been more important than the intangibles that they’ve brought with them.

Both Rajon Rondo and DeMarcus Cousins, especially Rondo, have longevity in the league and have established themselves as elite talents with loads of experience —  which is why they’ve already earned the respect of their teammates. Rewatch some of the media sessions from past weeks when the aforementioned players were brought in, and you’ll find lots of praise from the team. Kawhi, PG, Ty Lue, you name it; they’ve all sung the praises of the new additions, and those guys have returned the love with both their on-court play and locker room chemistry. And, with Cousins being signed for the rest of the season after finishing up two 10-day contracts, both he and Rondo figure to be pieces to the Clippers puzzle going into the postseason.

If the Clippers were already playing it safe by making sure their players weren’t being over-extended, you can thank Jamal Murray’s recent ACL injury for an even more cautious approach — of course, the NBA didn’t do any favors either by cramming in this many games in such little time. The Clips have been operating on a nightly basis without a full deck and that’s likely just the new normal for this season and the foreseeable future.

Excluding surgeries on Patrick Beverley’s broken hand and Jay Scrubb’s foot, even the slightest bit of soreness has led to some rest days — see Kawhi’s foot, Rondo’s hand, and Serge Ibaka’s poor back. Then, when you add to that the amount of rest that’s being served up to keep legs fresh for the playoffs, it’s a credit to everyone in the organization just how well they’ve been able to perform despite the constant absences. The playoff picture changes every day with the margin for error being razor-thin, but it appears that the Clippers are prioritizing health over anything else — which is the smart move.

There have been a laundry list of hurdles that the Clippers have had to jump over this season to stay near the top of the Western Conference. These have been well-documented: scheduling, travel, injuries, rest, etc. And while generally it’s been a ton of fun to witness the “no-quit” in this team, they’ve developed one concerning trait that could be of concern in a playoff setting.

Clippers or Canoes, the team has become an increasingly flat first-quarter team. In their last eleven games, they’ve been outscored in the first quarter by a combined 59 points, including eight lost first-quarters by an average of 8.3 points. They’ve gotten comfortable digging themselves into this hole and then climbing out before the final buzzer, but lately, they’ve dug some holes a bit too deep and seen the dirt fill over their heads. That’s a dangerous game to play in the postseason when each team is good. You’d have to think that health and urgency might play into a hopeful change, but health and urgency aren’t always guaranteed with the Clips.

With just eight games remaining in 18 days, many playoff scenarios are on the table. The Clippers figure to trickle some injured bodies back in before the season’s end but will have some catching up to do in a short matter of time. The post-All-Star break has generally been a positive stretch for the Clippers, but there is plenty of work to be done.