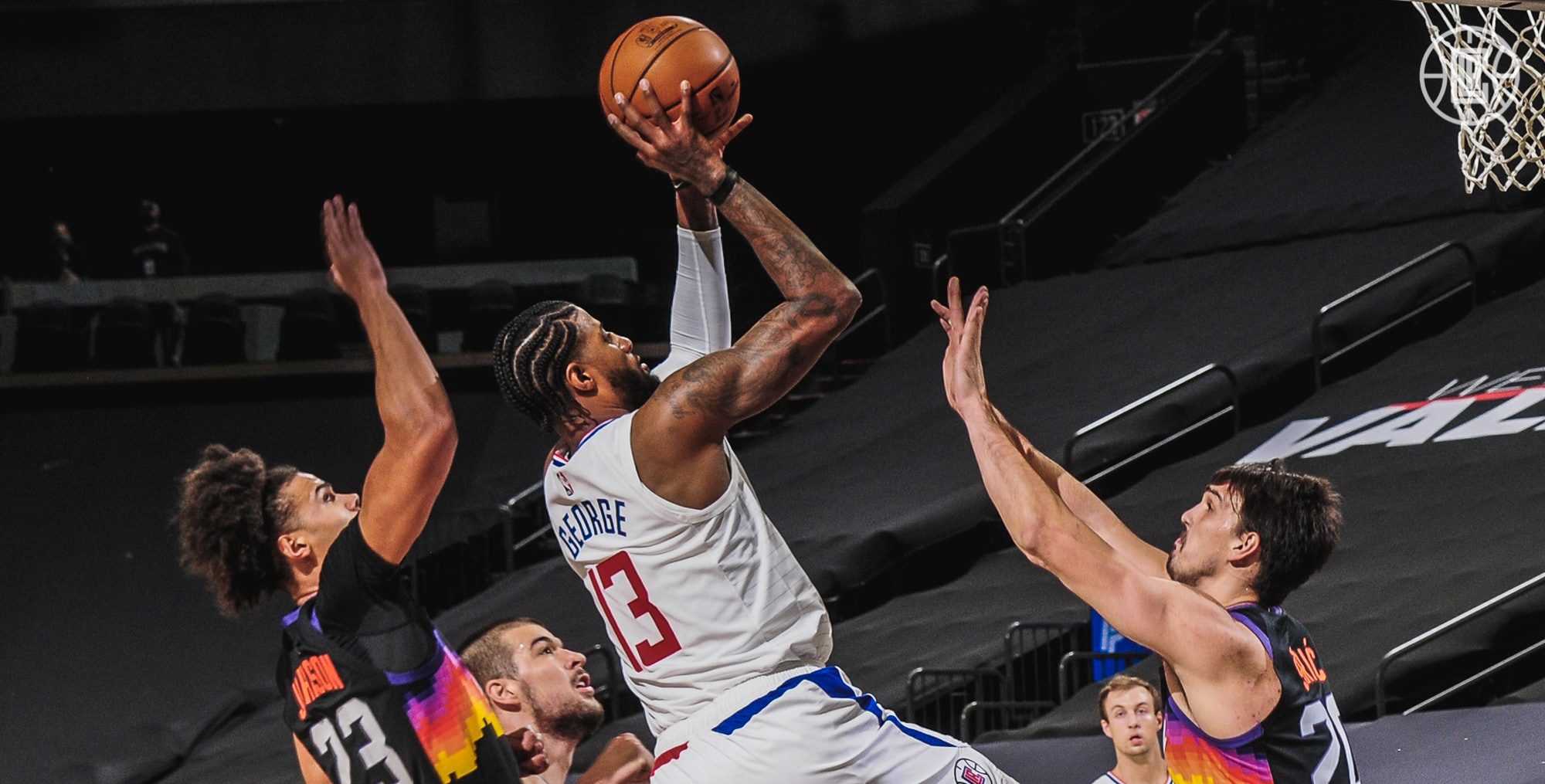 The Clippers (43-21) never led in Wednesday’s loss. Despite bringing it within reach on multiple occasions deep in the fourth quarter, L.A. failed to break through as Chris Paul took the reins of the Suns offense and road his team to a crucial win as they clinched a playoff berth for the first time since 2009-10.

The first quarter of Wednesday’s primetime matchup was eerily similar to the Clippers loss in the Bayou just two days prior.

The Suns could do no wrong. They hit seven of their 10 three point attempts and escaped the first 12 minutes without committing a turnover. They used a late 11-2 run to take the first quarter 39-31 despite 15 points from Paul George.

Without several key pieces, including a late-scratch in Demarcus Cousins, the Clippers struggled to make significant leeway on the sweet-shooting Suns. Phoenix’s Cameron Payne (15) and Frank Kaminsky (13) fended off multiple L.A. surges and ensured a steady lead through the remainder of the half.

At one point, Phoenix missed nine-straight shots and the Clippers crept within arms reach. But Kaminsky answered, scoring the Suns’ final seven points of the half. With the Clippers knocking on the door, 56-51, with two minutes remaining, the 7-footer canned a three, finished inside with a dunk and caught an errant pass before putting it up from from the elbow. The surge pushed the Suns back on top by double-digits entering halftime, 63-53.

L.A. had several chances to close the lead in the third, but George — who had hit 14-of-19 threes in his previous two meetings against the Suns — slowed down and Reggie Jackson (4-for-11, four turnovers) continued his inconsistent play. Paul (28 points, 10 assists), who had taken a back seat in the first half, instead opting to facilitate, began to torch helpless Clippers defenders off switches as he nailed several contested midrange jumpers.

Midway through the fourth, something finally clicked for the Clippers. Ty Lue Chose to go small, relegating Ivica Zubac to the bench. Rajon Rondo, Luke Kennard, Terrance Mann, George and Nicolas Batum ignited an 10-4 run as the Clippers pulled within a point, 93-92, with seven minutes to go.

It turned out to be as close as the Clippers got.

A substitution squandered L.A.’s momentum. Out came Rondo and Batum and in came Jackson and Marcus Morris Sr. Paul welcomed the subs with a personal 8-0 run as he danced from elbow to elbow, slowly erasing L.A.’s chances with every bucket. Paul scored 26 of his 28 points in the second half.

Again without Kawhi Leonard, the Clippers struggled to keep pace in the shot-making department as Paul put the game on ice, scoring 12 of the Suns’ final 18 with help from Devin Booker (21), who hit a pair of timely buckets.

With the smaller lineup came rebounding issues. L.A. struggled to secure crucial defensive rebounds on several late-game processions. Offensively, the Clippers made just one three — a garbage time triple from Batum — in the entirety of the quarter and just four in the second half.

The Suns (44-18) now hold a comfortable two-game lead for second place. The Clippers’ matchup with the Nuggets on Saturday is suddenly pivotal. Will a loss, L.A. would risk falling to the four-seed in the West.