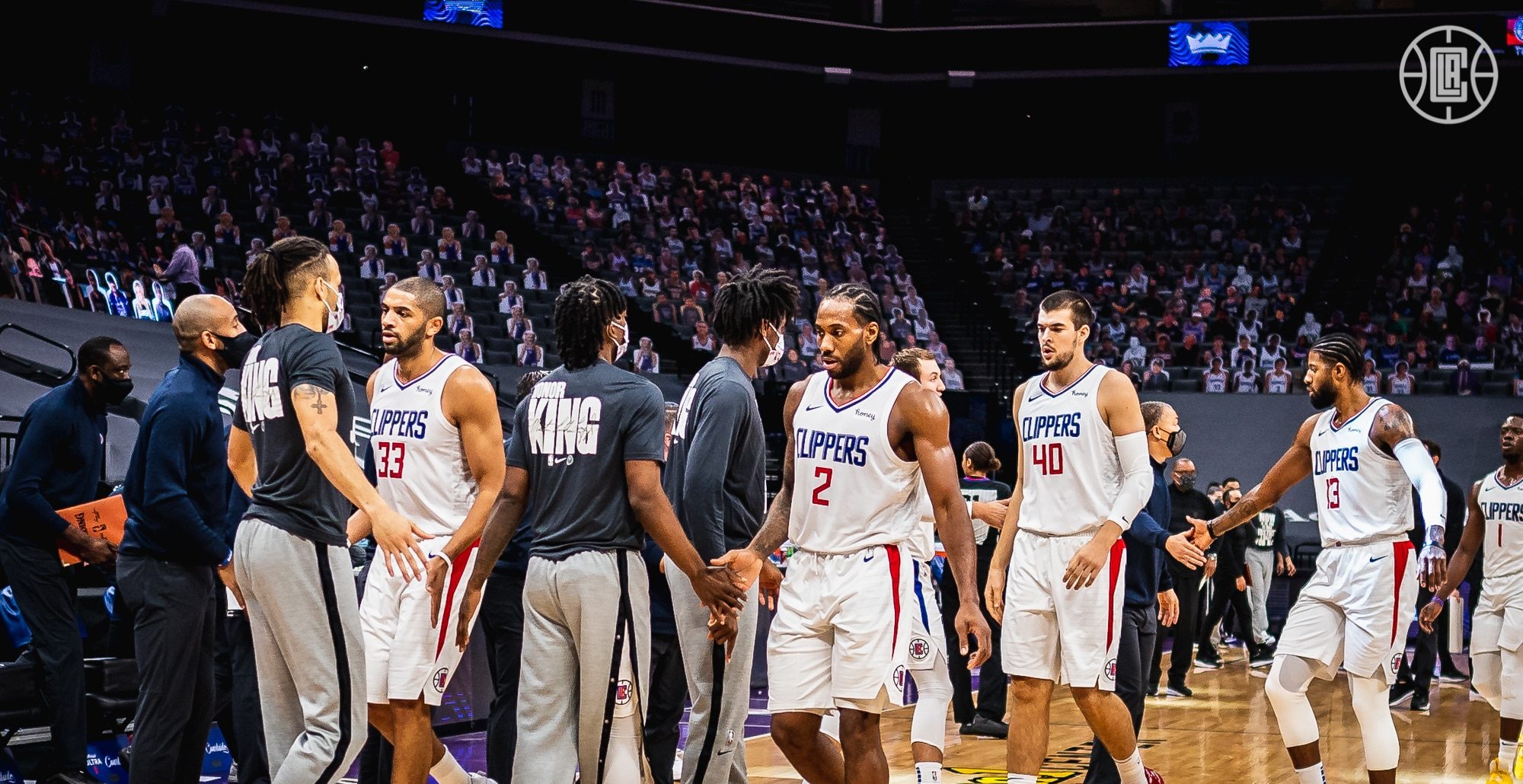 The shorthanded Clippers, missing Lou Williams (hip) and Patrick Beverley (personal reasons), played an expanded rotation and got a few key contributions off of the bench. The result was a steady performance that turned into a blowout in the third quarter — and the Clippers did not look back. Check out the full game recap of the Clippers’ win over the Kings below.

Through the first half, the Clippers controlled the game but allowed the Kings to stay in it, ultimately leading by eight at half time. Paul George was huge through 24 minutes, scoring 20 points on 6/10 shooting and 4/6 from three. Reggie Jackson, who started in Pat’s place, also played well, hitting two first half threes on catch-and-shoot opportunities — and, most importantly, had no turnovers.

The Kings were buoyed by Richaun Holmes and Harrison Barnes, but all but one of their players were a negative +/- through the half (Metu being the lone exception). They did, however, assert their will over the pace at times. The Kings were able to push the ball off makes and misses, and catch the Clippers disorganized on transition defense.

But the the third quarter was where things really started to click for the Clippers. Kawhi scored 11 points in the frame, Jackson put up five, and the Clippers as a whole shot 71% from the field. The Kings, for their part, just could not keep up. They continued to turn the ball over and miss shots. As Paul George said post-game, the Clippers made a point to show they are capable of closing games out early.

Paul George was the only starter to play in the fourth quarter for the Clippers, yet they still outscored the Kings by nine. Overall, the Clippers took care of business in a way they could not on Wednesday (against a much weaker team, to be fair). Per the Clippers, this was the Clippers’ eighth game this season with at least 15 three-pointers made, which is the most such games in the NBA this season.

That’s about it for this recap of the Clippers’ win in this game against the Kings. It was a fun, exciting game, but hard to take too much away against an awful Kings’ defense. Next up: a far more difficult challenge in the Indiana Pacers.