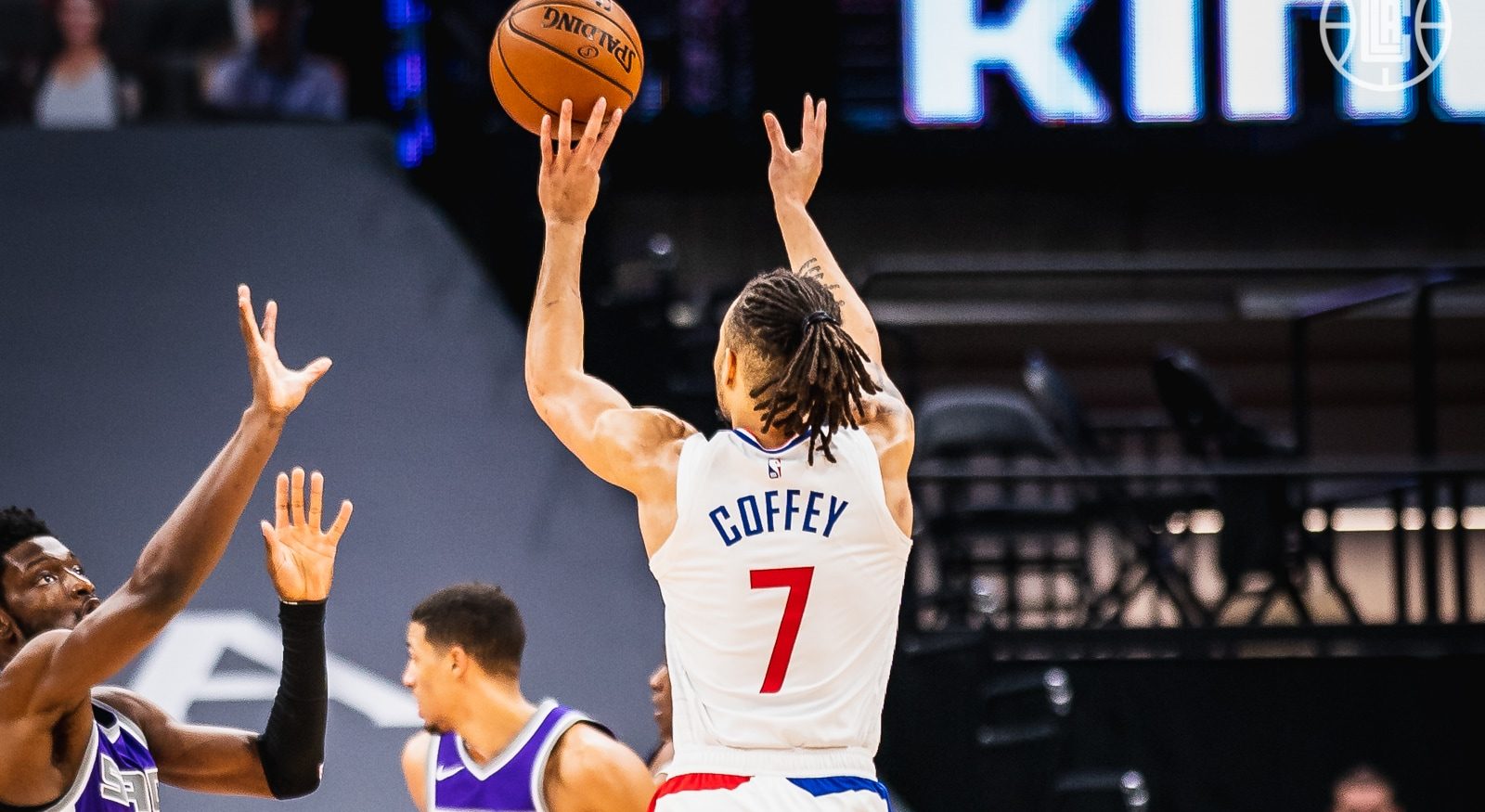 According to the LA Times’ Andrew Greif, the Clippers have extended a qualifying offer to Amir Coffey, making him a restricted free agent. This gives the Clippers the right of first refusal to match any offer Coffey agrees to with another team and retain his services.

Coffey had a really nice second two-way contract year with the Clippers in 2020-21, playing 9 minutes per game in 44 of the team’s 72 games, including a handful where he made significant contributions when thrust into the spotlight due to absences in front of him in the rotation. However, a lot of his success stemmed from hitting 41% from three–a major outlier on a small sample size–and he is probably more of a 12th/13th man combo forward for regular season depth and energy than he is a full rotation player. With the Clippers’ current roster crunch and the trades for Keon Johnson and B.J. Boston (who is taking over Coffey’s previous two-way roster spot) in Thursday’s NBA Draft crowding the wing depth in addition to Kawhi Leonard occupying a spot while injured, it become a bit trickier to find a roster spot for Amir while also adding a more proven second string small forward and ensuring adequate depth at other positions.

For those purposes, his qualifying offer being extended isn’t really a meaningful development. It’s still entirely possible that he doesn’t end up on the team next year, since his qualifying offer is only a one-year minimum-salary contract with around $85k guaranteed. The Clippers can also unilaterally withdraw his qualifying offer up until August 13th, making him an unrestricted free agent. And if he were to sign that QO before they withdrew it and they ended up not having space to include him in their plans, then again the guaranteed salary is only $85k–not even a blip on the radar for LAC’s financials. But even without any significant commitment or downside, the extension of the QO does still signify that the Clippers consider Coffey to at least be an option for them in some scenarios. Maybe they think he’s a fallback option for a minimum-salary role if they strike out on some free agent targets, or they consider him a suitable depth piece if trades materialize that consolidate the Clippers’ guard logjam and free up an extra roster spot. Either way, I just want to be realistic for the Clippers fans who love Amir–while the QO keeps the door open for a return to the Clippers, I’d still have to lean towards it being unlikely given their draft strategy and roster situation.