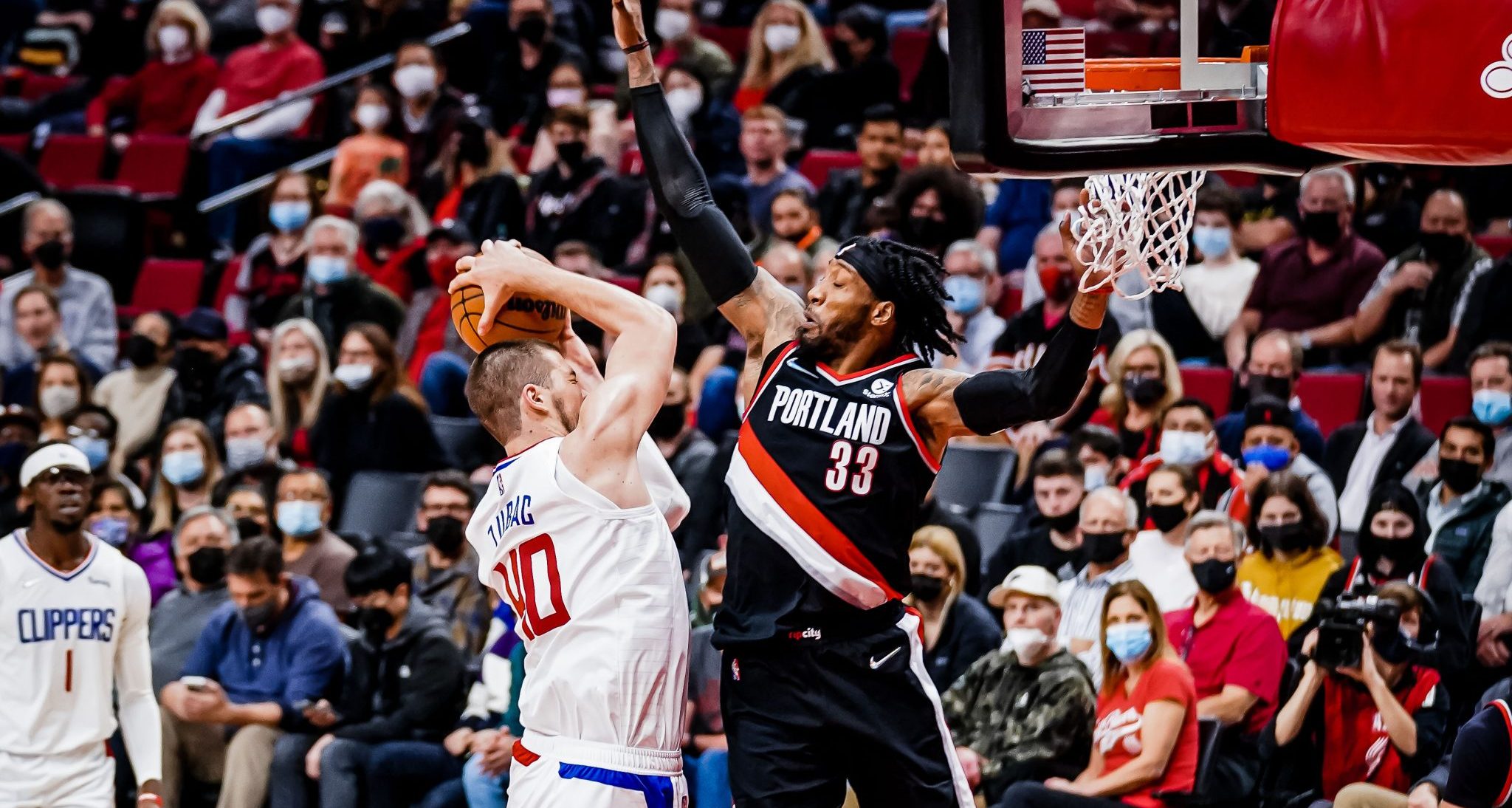 The 2022 NBA offseason is almost here, and with it come maybe the most exciting time of the year for many NBA fans – free agency. The Clippers probably won’t be super active in free agency, as the core of their roster is under contract and presumably not going anywhere, but they have holes to fill just like any other team. One of those holes is backup center, which Isaiah Hartenstein filled in his breakout 2022 season. Hart is a free agent, and while the Clippers will try to retain him, it’s possible another team offers him more money or a larger role that the Clippers can’t hang with. The preferable option is to bring Hart back, as he’s a known locker room fit and was one of the best backup centers in the NBA last year, but it’s not a lock to happen.

As a team well into the luxury tax, the only tools the Clippers will have are veteran minimum deals and the taxpayer mid-level exception, which can go up to 3 years and $20M, so keep that in mind when thinking of realistic targets. That said, here are some centers for the Clippers to target in 2022 free agency if they can’t retain Hartenstein.

Dedmon had a nice year last season for a Heat team that was a hair away from making the NBA Finals. Dedmon isn’t flashy at all, but he can shoot a bit, rebound, and play defense, and that makes him a perfectly competent reserve center. Unfortunately, it seems likely he will return to the Heat, and even if he doesn’t, some team might offer him more money or a bigger role than the Clippers can.

Bryant is a shockingly high-upside player for someone who *might* be available at the tax payer mid-level. Still just 24 years old (turning 25 in July), Bryant had two excellent seasons with the Wizards in 2019 and 2020 before injuries kept him out most of the past two years. He’s an exceptional finisher around the rim (80.8% for his career), has a nice short-range game, and has flashed touch on his longer jumpshots. He’s not a great passer, but isn’t a black hole either. The issues with Bryant are availability and defense, and the Clippers should be able to afford both considering Ivica Zubac’s steadiness, their quantity of small-ball units, and defensive play on the perimeter. If he is able to stay healthy, Bryant is a much better player than the Clippers should be able to get with their meager free agency allocations.

Gorgui didn’t play much this past season on a Hawks team with Clint Capela, John Collins, and Onyeka Okongwu, but when he did play, he was an effective backup center. He’s always been an excellent rebounder and good passer, and in recent years has added a three-point shot, albeit on low volume. A beloved teammate and well-seasoned veteran, Dieng might be the consummate backup big man. He signed a $4M deal last season, and should get around that amount this summer, which is in the Clippers’ price range.

After many years as a stopgap starting center and capable backup, Lopez saw the fewest minutes of his career last season on a tanking Magic roster. When he did play, he wasn’t awful, but he can’t move his feet at all on defense, and his main utility offensively is his deadly hook shot. That does offer legit value against backup centers or against switches, but he’s a singularly non-versatile player whose defense is not going to improve with further age. He can probably provide non-catastrophic reserve minutes, is a great locker room guy, and is hilarious, but probably shouldn’t be a primary backup center anymore.

Hear me out. Outside of a miserable 2021 season with the Kings (who hasn’t had a miserable season with the Kings?), Whiteside has been solid by advanced metrics and box score stats just about every year of his career. Yes, he’s a black hole. Yes, his defense is not nearly as good as his blocks make him seem. But he’s a very good rebounder, a capable finisher around the rim, and at this point of his career seems content with a backup role. It won’t always be pretty, but for a backup big man you could do a whole heck of a lot worse.

No. There’s not much more than that. DJ was maybe the most negatively impactful veteran player in the NBA last year and is beyond washed. It’s time for DJ to hang up the sneakers and enjoy player retirement.

Nope. Blake was awful last year after a minor renaissance with the Nets down the stretch of 2021. The only defense he offers as a small-ball center is taking charges, and his three-point shooting is hugely inconsistent on a year-to-year basis. He still has passing and ballhandling, but without the burst to blow by players anymore, he doesn’t offer much but extreme utility value.

Which of these guys do you like, if any? Are there any other centers of note you’d like the Clippers to pursue in 2022 free agency? Leave thoughts in the comments below!