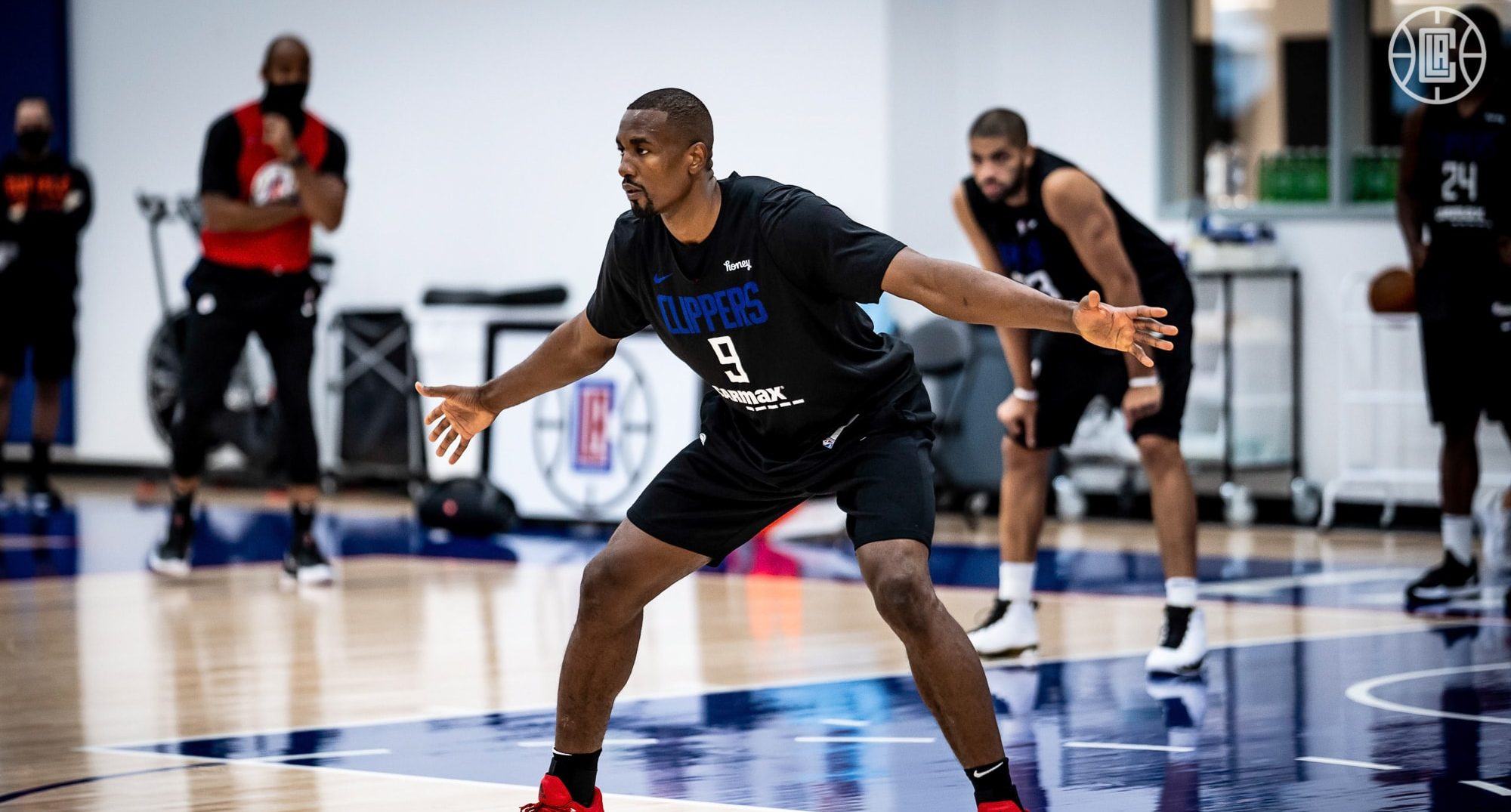 With the Clippers’ season over, we’re breaking it down player by player, reviewing our pre-season expectations for each and considering their future with the team going forward. Next up is the Clippers’ major free agent acquisition from last offseason, Serge Ibaka.

Serge Ibaka was the big fish. With just the mid-level exception to use, Ibaka was arguably the best free agent the Clippers could have acquired. Hooking him quieted the detractors who had a field day with Montrezl Harrell’s defection and relieved the fans who anxiously watched alternative big men find other homes. At the risk of overdoing metaphors, Ibaka was a big swing, and the Clippers connected.

The accomplished veteran and social media maven presented the Clippers with their ideal center. Defensively, Ibaka could protect the rim or step out to the perimeter. Offensively he could roll to the rim or stretch the floor. He was long and strong enough to check two of the Clippers’ biggest anticipated obstacles: Anthony Davis and Nikola Jokic. He was also a champion.

Coming off yet another postseason gut punch, the Clippers had to ask themselves serious questions last November, and Ibaka was a substantial answer.

Serge Ibaka was so much of what the Clippers needed. For a while.

The story of Ibaka’s season was, unfortunately, one of injury. After starting 39 of the Clippers’ first 40 games, Serge Ibaka suffered a pinched nerve in his back, causing him to miss all but the final two contests of the regular season. He returned to come off the bench, acknowledging that he was still hindered but needed the run-up time to the playoffs. Alas, Ibaka played just 18 minutes in the Clippers’ first two games of the first round before succumbing to back spasms. He eventually underwent back surgery that ended his season for good.

Pre-injury, Serge Ibaka was the versatile starter that unlocked the best version of the Clippers. In addition to the attributes mentioned above, he demonstrated he could be a reliable playmaker, averaging the most assists per game of his career. (By a small margin, but still. . . ) He had a below-average shooting season by his standards, but his mere presence unclogged the areas of the floor in which Kawhi Leonard and Paul George could thrive. Ibaka was a valuable and productive contributor while he was healthy enough to be so.

Future with the Clippers

Reread the expectations section, because it still applies here. Ivica Zubac was a ready substitute, but the improving young big is still underwater in some matchups. The Clippers have a need for Ibaka, and Ibaka showed, when healthy, that he can fill it ably.

Ibaka’s recovery is an open question, although this writer has seen little that would indicate anything other than a return to the Ibaka of old. He has generally been sturdy, playing more than 70 games in eight of his first ten years. His contract option is for an eminently reasonable number.

However, it’s Ibaka’s own option to exercise, not the Clippers’. Whether he can find a better situation is another open question. Ibaka should find no shortage of suitors, but he may find a shortage of cap room. With most contending teams limited to the mid-level exception or worse, Ibaka may determine that his best choice is a return to continuity. With few options at their disposal again, the Clippers would be fortunate to have the veteran back, hopefully for a fitter, more fruitful season.