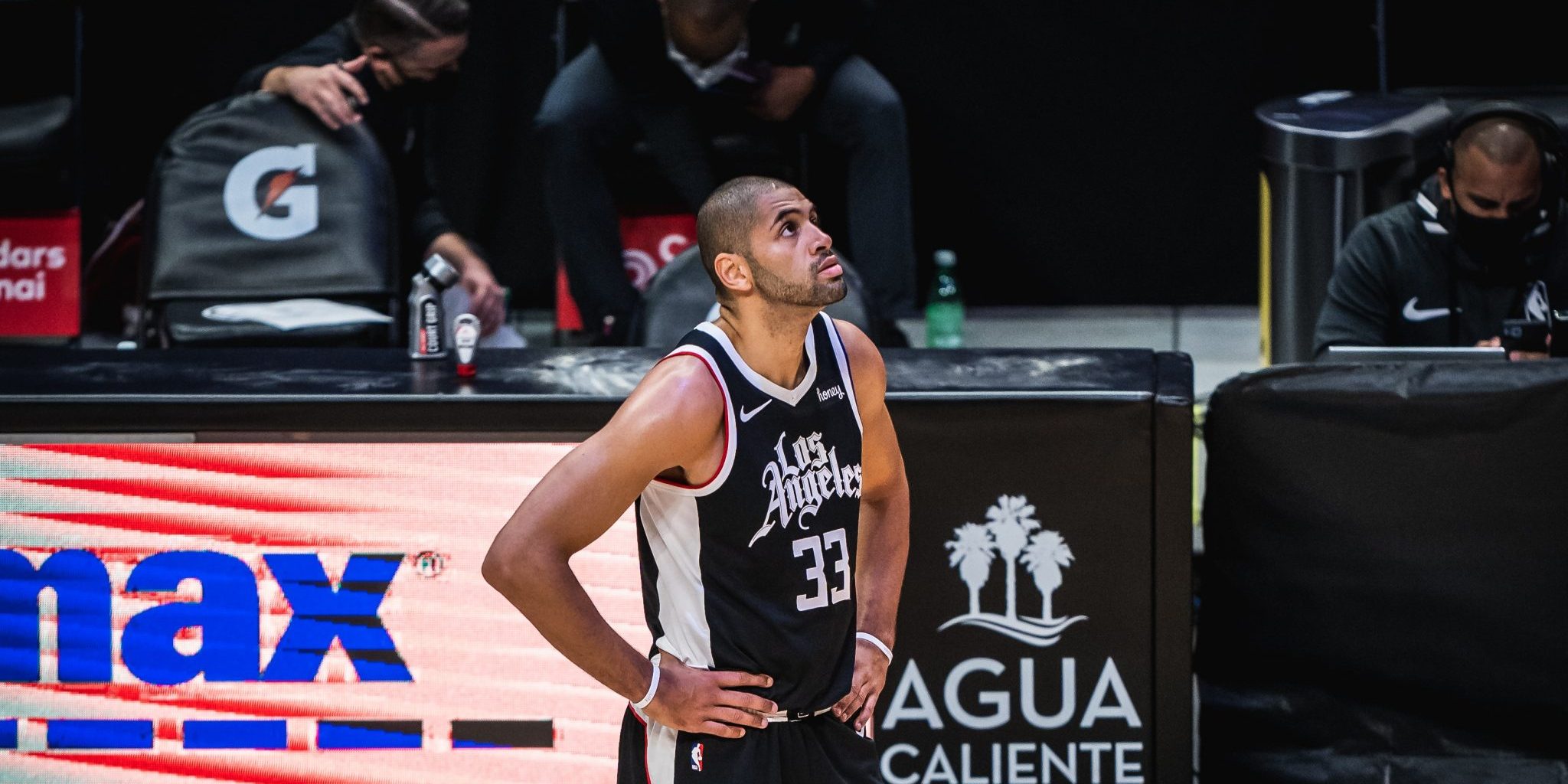 We’re continuing our 213Hoops Exit Interview series, where we go player-by-player through the Clippers’ roster and break down how each player on the team performed relative to their pre-season expectations, and ponder their future with the team. Today, we’re taking a look at star role player and Clippers icon Nic Batum.

When the Clippers signed Batum back in late November, I wrote that he was a risk-reward candidate. A healthy and locked-in Batum was certainly better than the other wings and forwards on the market – but the Batum of the 2020 season was just about unplayable. Everyone knew what prime Nic Batum would bring – competent and versatile defense, solid three point shooting, and a bit of creation and playmaking. The fear was that at age 32, and with a dozen years of heavy minutes in the NBA, Nic might be better than he was in his injury-riddled 2020 year… but not by much.

Those with high expectations thought Nic might be a solid second-unit player. Those with lower expectations believed he could be cut mid-season. The average was probably that he’d be a low-end rotation guy who’d sit around 10th in the Clippers rotation and not kill them when on the court.

Nobody – literally nobody – could have predicted what actually happened. When the 2021 season ended, Nic Batum led the Clippers in minutes played with 1835, just edging out Paul George at 1821. With Marcus Morris injured to start the year, Nic started for the Clippers at power forward, and was an immediate revelation. His defense ranged from solid to superb, he consistently made the extra pass and moved the ball, and was a knockdown shooter from deep, especially the corners.

Batum was so good that he continued to start even when Morris returned. Finally, mid-season, when the Clippers hit a rough patch, Morris resumed his starting spot, but even when that occurred, Nic’s play did not falter. He did cool off shooting from three at least somewhat – yet the defense, playmaking, and little things remained as sure as ever. The Clippers just played better when Batum was on the court, an eye-test measurement matched by most advanced stats, which had Batum as the 3rd best player on the Clippers behind just Kawhi Leonard and Paul George.

Nothing changed in the playoffs. In fact, Batum raised his game even further in the postseason. With Serge Ibaka injured, and Ivica Zubac struggling, the Clippers went small frequently, with Batum’s play a lynchpin of those lineups. Batum’s ability to cover immense amounts of territory on defense enabled the Clippers to hedge and recover, his versatility allowed them to switch, and his rebounding and strength kept the opposing big men at bay. There was no assignment outside of Luka Doncic where Nic looked truly outmatched, a testament to his excellent defense and adaptability. On offense, Batum continued to make his threes, move the ball, and not turn the ball over. Incredibly, Nic had 39 assists in the playoffs, and only 6 turnovers across 555 minutes – an insane assist to turnover ratio of 6.5:1 invaluable for any major minute player.

Batum was viewed by most advanced metrics as the Clippers’ second best (or most impactful) player in the playoffs behind just Kawhi, and while Paul George was certainly better, the numbers speak to Batum’s incredible play. The Clippers lose in the first round without Nic Batum. They don’t come back from 3-1 down against the Mavs, or get that incredible Game 6 against the Jazz. Nic Batum was one of the best and most important role players in the entire NBA this year, and on a minimum contract.

Who knows what Nic Batum will do this summer. After the season and playoffs he just had, almost every competitive team in the NBA (and likely some less competitive ones as well) will be inquiring after his services. Some, maybe even many, of those teams will be able to offer Batum more money than the Clippers will. For a lot of players, that’s the deciding, or even only, factor.

However, Nic is in a bit of a different spot. First, he’s already had his big contract, and has cleared $150M in contract earnings in his career. That could be enough for Nic to sign on a lower deal to stay on a team where he’s comfortable and recharged his career. Second, Nic will be paid just over $9M in each of the two seasons by the Charlotte Hornets because of his buyout last November. While that won’t eat into his next deal (the money would stack), having that guaranteed paycheck is another reason Nic might be willing to lose a bit of money on his next deal. Finally, Nic is heading into the waning years of his career, and has never won a championship. None of the likely title contenders over the next few years will probably be able to pay him that much more than the Clippers, so if he’s looking to win a championship, the Clippers could be one of his best bets.

Nic seems to want to return to LA, the Clippers have to want him, and the fit on the team is perfect. There’s a decent chance he could be elsewhere, but also a very good chance he will once again don Clippers’ colors next year – and hopefully for several years to come.