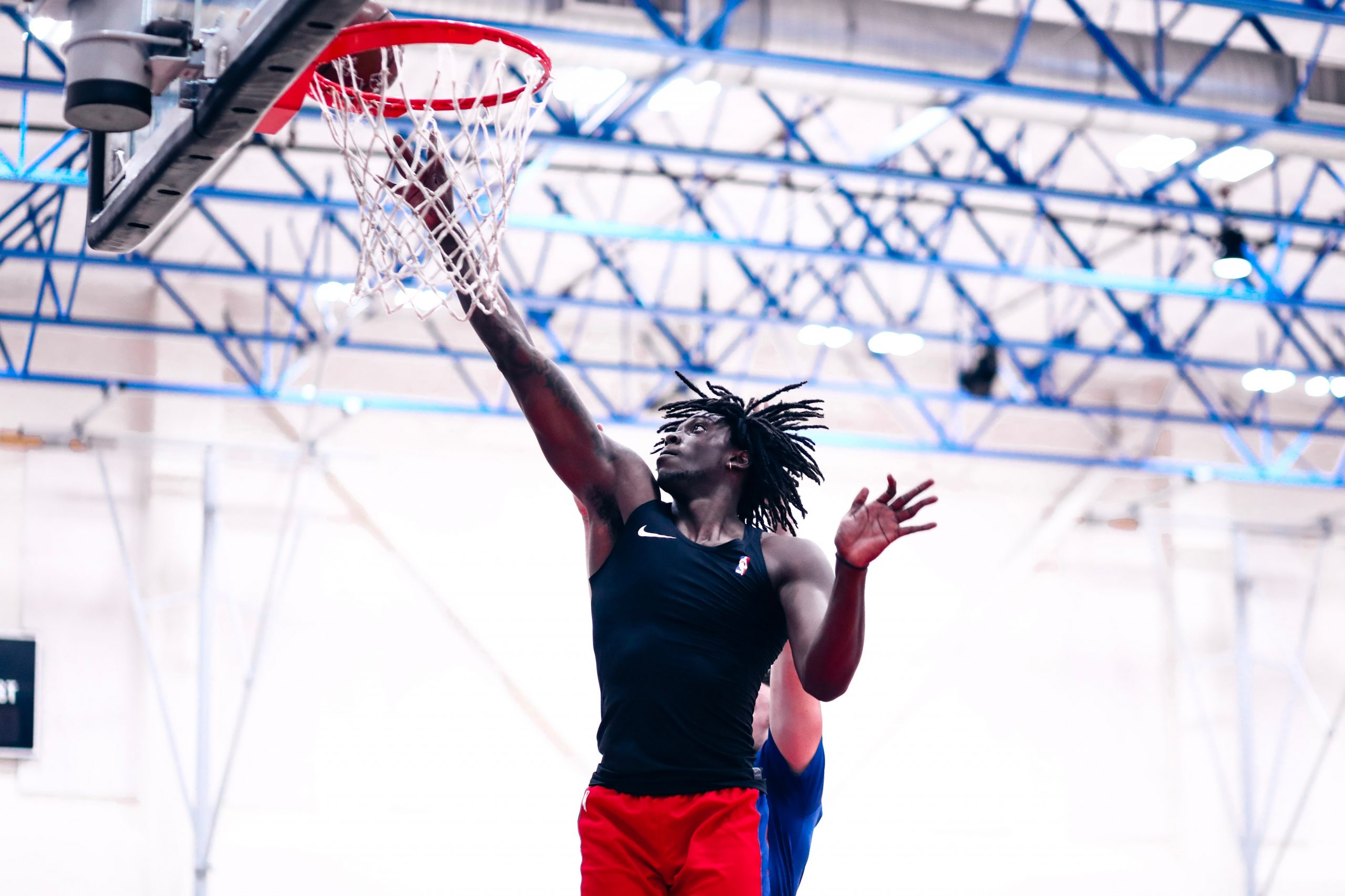 Now that the Clippers’ 2020 season has reached its disappointing end, 213Hoops will work through the roster player-by-player for our “Exit Interview” series. Today’s exit interview features two-way player Johnathan Motley.

Contract Status: On the first year of a two-way contract, is out of two-way eligibility (has been on a two-way deal for a total of three seasons).

As I wrote back in our check-in on Motley in late June before the NBA returned in the Orlando bubble, expectations were extremely low for Motley. While he’d played in 22 games for the Clippers in the 2019 season, most of those appearances were in garbage time, and with the team now in championship mode, opportunities seemed limited for the Clippers’ two-way player. Motley’s best path to playing time was a trade of Ivica Zubac or Montrezl Harrell, or Zubac regressing – and the opposite happened.

Motley played just 41 minutes, with none of them coming in the bubble or playoffs. He was firmly out of the rotation the entire season, spending the year in the G-League or planted on the Clippers’ bench. Motley continued to dominate the G-League, putting up truly massive stats, but he’s done that before, and has very little left to prove at that level. Unfortunately, with Zubac taking a step forward, and Harrell proving crucial (in the regular season) off the Clippers’ bench, there were no minutes at center. Nor were there minutes at power forward, with steady veterans like Moe Harkless, Marcus Morris, and JaMychal Green soaking up the minutes there.

So, instead of receiving true NBA rotation minutes for the first time in his career, Motley saw the least amount of action in any of his three seasons in the NBA. It must have been disappointing for him, but there was never any real reason for him to play for the Clippers this year.

Motley will probably not return to the Clippers next year. His eligibility for two-way contracts is now up, which means if he is on an NBA roster next year, he will have to be on a “real” deal. Considering that the Clippers have never trusted him enough to play him rotation minutes, it is highly unlikely they will use a full roster spot on him when they will once again have championship aspirations. Ivica Zubac will almost certainly be there as the team’s starting center, and even if Montrezl Harrell leaves in free agency, the Clippers will certainly try to get a veteran reserve to back up Zu. Theoretically Motley could be the 3rd big, but with the Clippers’ 1st round pick in 2019, Mfiondu Kabengele, still on a guaranteed deal and with much more upside, it seems unlikely they’d use another precious roster spot on a deep reserve big man.

If this is it for Motley in a Clippers’ uniform, he will probably join the ranks of Clippers’ young guys from the past decade who will be in “Where Are They Now” type posts in the future. Unfortunately, he had almost no chances to make an impact in a Clippers’ jersey, and his ability to stick in the minds of fans will be correspondingly poor. There’s a chance that Motley sticks around the NBA on another team, but at 25 years old, he’s no longer really a prospect, and has still not shown that he can play defense at the NBA level. Maybe a team takes a flier on his scoring ability, but it’s more likely that he goes to Europe, where he will make more money than in the G-League.