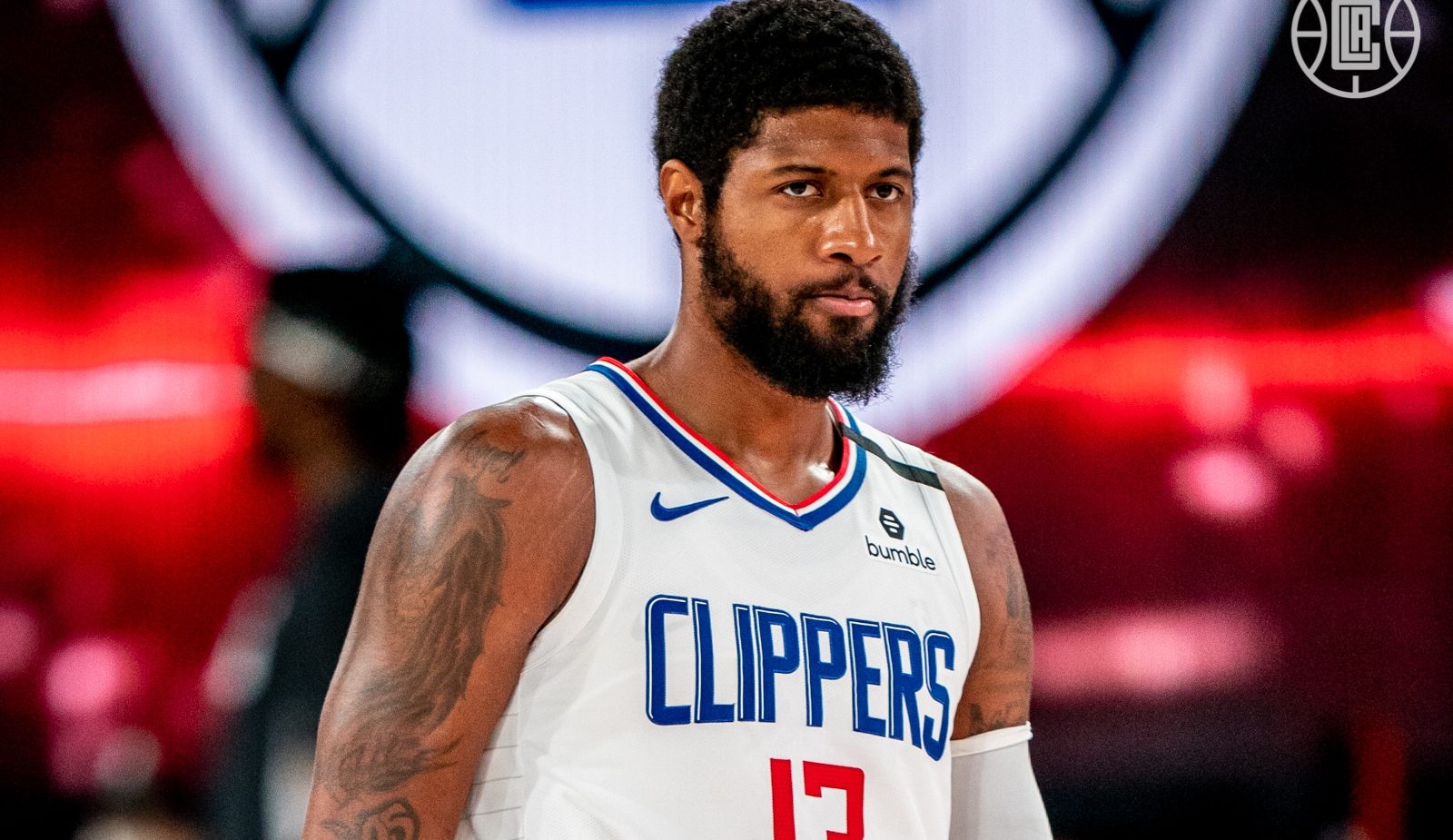 We round out our 2021 season preview series with Paul George, who might have the biggest year ahead of him of any Clipper. Just how big is this season for PG? In our survey of Clippers beat reporters, he was almost unanimously chosen as the player to watch this season.

Only a few things stick out here as really changing–he shot a bit better from deep, got to the free throw line less, rebounded a little less, and posted more assists while also turning the ball over more. George admitted throughout last season that he wasn’t his normal, fully aggressive self driving to the rim and seeking contact as he recovered from double shoulder surgery, and the decline in his free throws is a direct result of that (it’s possible the rebounding was also a factor, but then you’d have to consider a lot more context about the lineups he was playing in each year). A healthy George should mean more drives to the rim, meaning more dunks and more free throws. Those are just about the two most efficient things you can do as a basketball player.

Overall, there’s no reason to expect anything except a stellar season from George. His free throw attempts should get back to normal levels in a healthy season, and pretty much everything else was already at normal levels. The thing is that this year, we should get to see a lot more of him than 48 games and 30 minutes a night. He played less than half as many minutes last season as he did in 2018 and 2019. While he probably won’t replicate that this season on a team that will pay more mind to keeping players healthy and fresh for the playoffs, nearly doubling the amount of minutes that your best player is on the floor is normally a pretty good thing for a basketball team. When discussing the ways LAC got better and worse compared to last season, the inherent advantage of getting a full season from the oft-maligned George is what most pundits miss.

Don’t mind the haters, Paul George is legitimately one of the best players in the NBA. He’s an offensive killer from all over the floor, and one of the league’s premier perimeter defenders who can clamp down across all three perimeter positions (hypothetically I think he could have utility as a small-ball 4 too, but with Kawhi Leonard as his wing counterpart that won’t happen often). Sometimes lost in appreciation of his elite athleticism and incredibly smooth handle at 6’8″ is his truly elite three-point shooting–hovering around 40% and 10 attempts per 36 minutes legitimately places him among the very best shooters in league history:

Nobody measures up to Steph, but you get the feeling that George, whose numbers have trended up in the last two seasons, is close to Klay’s caliber (Klay got to play off of Steph and KD and shoot more catch-and-shoot vs off-the-drible compared to George, but has also demonstrated elite off-ball movement skills in that role) and has actually outpaced Lillard as a marksman in recent years. That’s not something you’d pick up on if you asked average NBA fans to rank these four players as shooting threats.

Like any player, George isn’t perfect. I would never tell him to stop taking mid-range jumpshots–he’s lethal from all over the floor and pull-ups are an important part of keeping defenses honest–but I do sometimes wish that he would be a little more deliberate about forcing his way to the rim, especially when he’s struggling. As a distributor, he leaves a lot to be desired. He simply isn’t good at picking out passes as a pick-and-roll ball-handler, and while he racks up assists by nature of having the ball in his hands a lot, he isn’t a natural passer who can create open looks for others with his vision. The Clippers could really use more from PG as a creator this season, and the best way for him to do that isn’t with his passing acumen but with his scoring acumen. The more aggressive George is offensively in getting into the lane, the more he will force defenses to collapse. When all he has to do is make a simple read and pass to an open teammate, he’s more than capable of racking up assists. It’s the more complex playmaking situations that he struggles in. Aggressive drives will lead to a better AST:TO for George this year.

Lastly, of course, there’s the talking. Some of it is certainly NBA media liking to kick someone while they’re down, but there’s no denying that PG has historically had a tendency to put his foot in his mouth when making public appearances or talking to the media. I don’t think he’s a jerk or a bad guy by any means–I just think he isn’t often thoughtful about the message he’s crafting when he speaks, opting to go more stream-of-consciousness in a way that leaves a lot of his comments to be picked apart due to inaccuracies or inconsistencies. To be honest, nobody should really care what PG says in his press conferences so long as he has the respect of his teammates, which might have become an issue late last season.

There might not be a star in the NBA with as much heat on them this season as Paul George, who has had an extreme fall from grace in the eyes of the media despite posting similar statistical rates last year to what he put up two years ago, when he finished 3rd in MVP voting. Not only will he have to dispel myths that he’s not a playoff performer, but somehow opinions have turned so harshly that he’ll seemingly have to remind folks that he’s an elite player on a nightly basis. The good news for the Clippers is that there’s really no reason to believe he’s anything less than one of the very best basketball players in the world, and they’ll have the massive advantage of getting him for a full season this year.