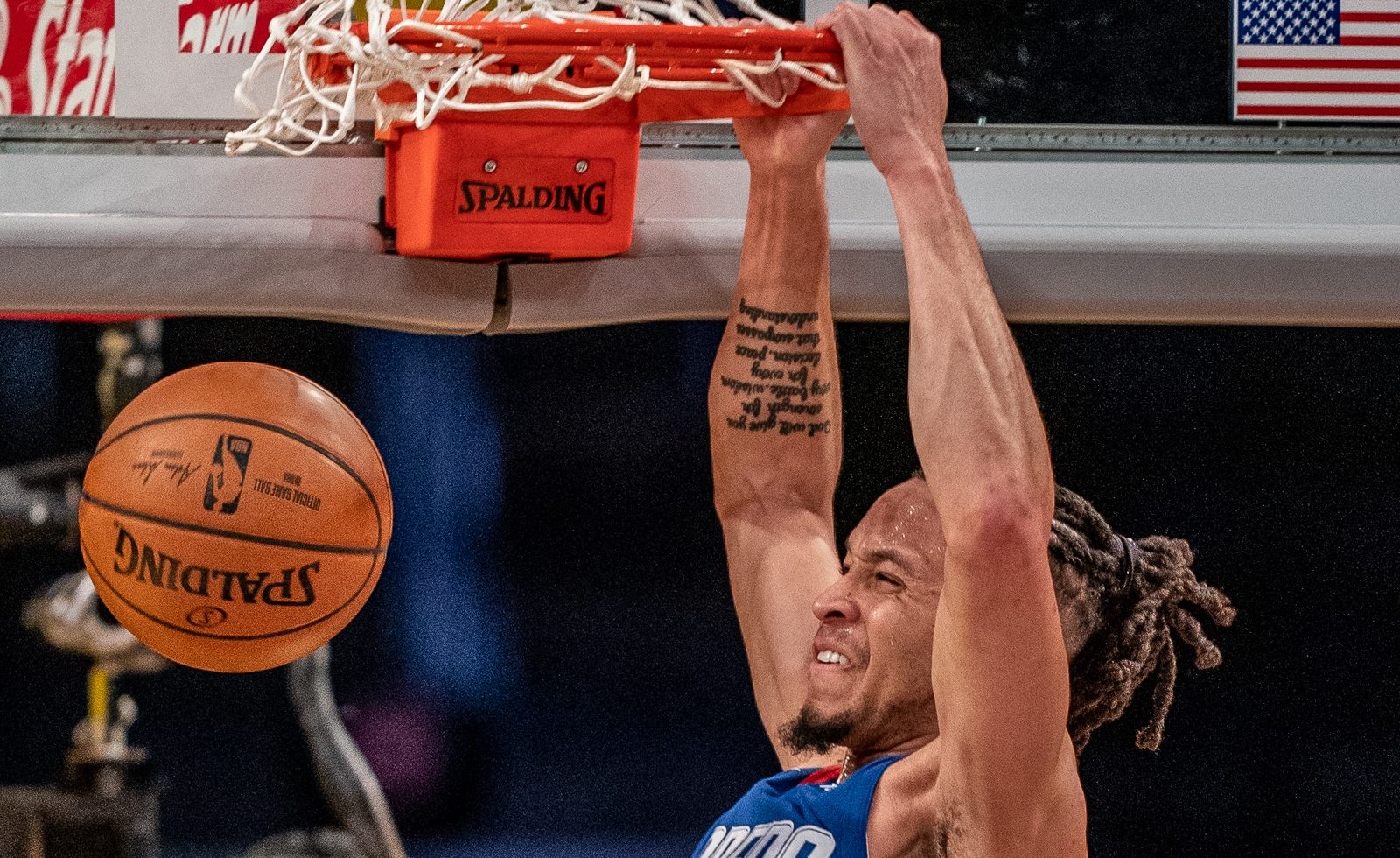 With the season just two days away, here’s the season preview for Amir Coffey, who is set to make a number of garbage time appearances for the Clippers a year after earning a two-way contract in summer league a year and a half ago.

Height: 6’7″
Weight: 210 lbs
Position: SG/SF
Age: 23
Years in NBA: 1
Key Stats: In 18 appearances as an undrafted rookie on a two-way contract, Coffey played 8.8 minutes per game and averaged 3.2 points, 0.9 rebounds, and 0.8 assists while shooting 42.6% from the field and 31.6% from three
Contract Status: Entering his second year on a two-way contract with the Clippers. Eligible for conversion to a minimum-salary deal mid-season (when his pro-rated deal would fit into the Clippers’ hard cap space). Eligible for restricted free agency next summer.

Coffey is probably a bit overrated by Clippers fans who were excited to see an undrafted free agent from the summer league roster make the team and contribute in spots, but that’s only natural. Realistically, all the Clippers need from Amir is what you’d typically expect from the 15th man on the roster–adequate performances in limited minutes either in garbage time or extreme emergency depth situations.

Heading into last year, Coffey was basically the Clippers’ 16th man, though he ultimately played more than Mfiondu Kabengele, who was on the 15-man roster but was not as needed for emergency minutes positionally. After the team lost Jerome Robinson and Derrick Walton in trades and added just one player, Reggie Jackson, on the perimeter, Coffey became a de facto third stringer on his two-way contract and was one of the 15 Clippers brought to the Orlando bubble despite not having been drafted or given a guaranteed contract. The team had 7 bigs and thus needed a perimeter third-stringer from Coffey’s two-way slot.

This year, he’ll basically pick up right where he left off–the Clippers only have 14 players on their roster and are unable to fill their final roster spot due to the hard cap. With six bigs on the team, and fellow two-way wing Jay Scrubb out for most of the year, Coffey again finds himself in a legitimate third-string role by default. Even better (for him), it looks like coach Ty Lue is primed to play Terance Mann at backup point guard and Nicolas Batum at backup power forward, potentially further clearing out space for Coffey to get emergency minutes. In their projected opening-night depth chart, he’s the team’s third-choice shooting guard and small forward (though Reggie Jackson and Patrick Patterson would almost assuredly come in before him in an emergency and slide other players into the wing positions):

Amir will only be called on for second-string minutes if the Clippers really fall on hard times and are missing like three players from their rotation (maybe if a couple of guys are out and Kawhi sits for load management?), but the way Lue has the lineup built right now really sets Coffey up nicely for plentiful garbage time minutes.

On his two-way contract, Amir can appear on the active roster (meaning even if he doesn’t play, it counts) for 50 of the Clippers’ 72 games, so look for him to be available either nightly or almost nightly until the trade deadline, when the Clippers will likely fill out their roster, either by adding a wing ahead of Coffey or converting him to a full-season contract.

Coffey is a super-athletic wing who can score from all over the floor, though his efficiency and decision-making can leave a lot to be desired. At his best, he’s using his quickness and length to get to the rim while bringing heightened energy on the defensive end in short spurts of minutes. His offensive toolkit is probably best suited to playing in transition, where he can use his handle and athleticism in the open floor to get to the basket before the defense is set.

Amir’s weakness is that he’s not really that good at any of the stuff I just mentioned. His speed offensively in transition is great, but he struggles to find the brakes–he isn’t great at slowing down and making reads in the half court, often leading to rushed or contested drives and pull-ups. As a spot-up shooter, it’s a bit of a mixed bag–he shot 32% in the NBA last year, but 40% in the G-League, though both on small samples. Over the course of his three-year collegiate career, he made just 32.8% of his attempts from deep, including 30.4% in his highest-volume year as a junior. As is the case with so many fringe NBA prospects, his ability to consistently make open shots will be crucial if he ever wants to earn rotation minutes as a support player. While he’s used his physical tools to bring defensive energy in limited NBA minutes, and that’s a good sign, the broader scouting report suggests that he’s far more interested in the offensive end of the floor, which makes me skeptical of how his defense would hold up if he were ever needed for meaningful minutes against real rotation-caliber NBA players.

Coffey’s readiness to see real NBA minutes is likely overstated by a lot of Clippers fans, but he was a competent emergency/garbage time third stringer last season and there’s no reason to doubt that he can start to build on that this season as the NBA’s expansion of the active list from 13 to 15 provides him with more opportunities to suit up and sub in if games get out of hand. The 23-year-old undrafted wing will have to take some important steps forward to have a career with the Clippers long-term, but he’s positioned himself well to get opportunities to prove that he belongs on the 15-man roster sooner rather than later.