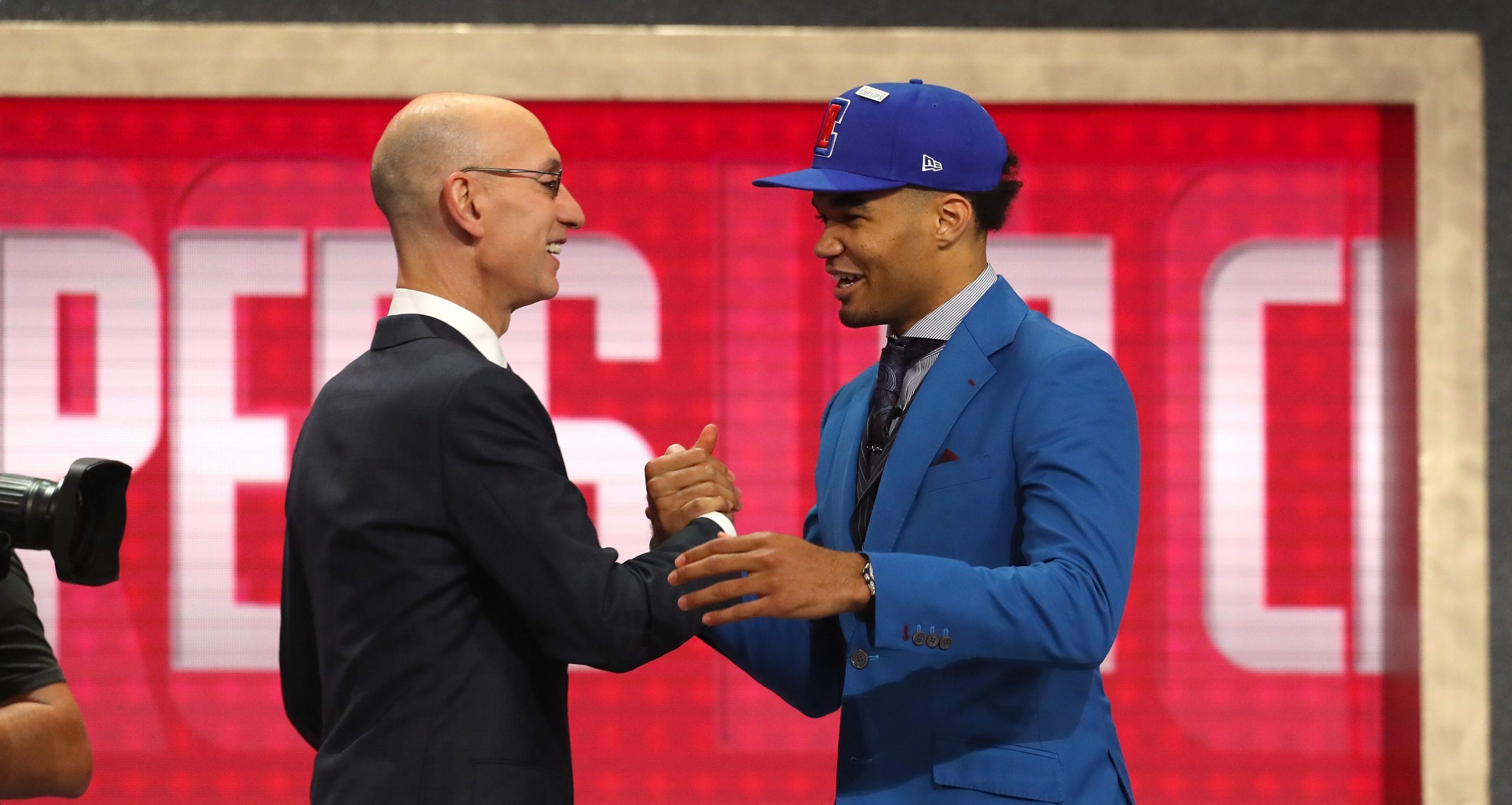 Can the Clippers buy a second round pick next week?

While they currently only have the 57th overall pick, the Clippers could look to buy a second round pick in next Wednesday’s NBA Draft to give them another shot at adding a prospect. After all, the 57th pick has a pretty low yield rate–in the last 5 years, 25 players selected 56th-60th haven’t done a ton in the NBA. Eleven of them have never even made an appearance, and of the fourteen who have, most were little-used two-way contract players. The only two guys I see at first glance who actually played a consistent rotation role were Abdel Nader and former Clipper Tyrone Wallace.

Nader has become a replacement-level forward who should get a minimum salary deal in free agency this season, while Wallace was a fan favorite for the Clippers but quickly flared out of the league, being cut by the Clippers, Wolves, and Hawks in 2019. Diamonds in the rough happen sometimes. Isaiah Thomas became an All-Star after going 60th in 2011. Ramon Sessions had a solid career as a backup point guard after being the 56th pick in 2007. The 2005 draft had Amir Johnson and Marcin Gortat, both who had long and successful careers, go back to back at 56th and 57th. Luis Scola, who went 56th in 2003, rounds out the list of bottom-5 picks who had extended NBA careers. That’s it for this century.

That’s all to say that pick 57 on Wednesday night has a 50/50 chance of either never making the league or turning into a two-way player who provides depth in a few regular season games, with really, really low odds of becoming anything more than that. If the Clippers want to carry a rookie on their 15-man roster this season, they probably won’t find a deserving one at pick 57. Buying a pick earlier in the 2nd round is far more likely to yield a player worthy of a minimum deal, allowing whoever they select at 57 to replace Johnathan Motley on a two-way contract.

Each team is allowed to give and receive up to $5.6M in trades each year, with the salary cap year resetting when free agency opens after the draft. The Clippers have paid out cash in two trades this salary cap year, to acquire Moe Harkless last summer and to dump Derrick Walton Jr’s contract to the Hawks last season. As a result, they have about $4.2M in the war chest to purchase a pick or two next week. Based on past transactions, I’d expect that a pick in the early or mid 30s could cost the full $4.2M amount, while picks later on could cost less and perhaps leave LAC with room to buy two picks or save some money–not that saving it does a ton of good from a fan’s perspective. It’s a use-it-or-lose-it situation, with LAC’s annual $5.6M allowance resetting next week, so as long as LA’s scouts have their eyes on someone in the 30s and 40s I’d expect them to splurge in an attempt to maximize their chances of finding homegrown talent without first round picks for much of the next decade.

LAC also has a pretty good track record of being willing to make these purchases since Steve Ballmer bought the team. They had multiple picks in 2018 (12 and 13), and in 2019 they flipped a future 1st to pick Mfiondu Kabengele at the end of the 1st round before taking Terance Mann in the second. But in the 2017 draft, without any picks to their name, the Clippers purchased picks 39 ($3.2M) and 48 ($2M) to select Jawun Evans and Sindarius Thornwell, respectively. In 2015, the Clippers spent $600,000 to purchase the 56th pick and take Branden Dawson. Those moves haven’t yielded an important player for the Clippers yet, but second round picks are always long shots to become solid NBA players. Every additional gamble they take increases the odds that, at some point, they’ll end up finding a useful player in the second round.

To read more about the players the Clippers could be looking at in the second round, check out Robert Flom’s statistical breakdown of this year’s guard and wing classes. Robert’s post on this year’s big men will be out Monday.

The second round of the NBA Draft is always chaotic and unpredictable. Already, 20 of the 30 picks in this year’s second round have been traded over the course of the last several years, several multiple times. It’s a safe bet that plenty of them will move (again) on draft night, and utilizing otherwise expendable second round picks to sweeten bigger deals or secure future assets is probably more appealing than the Clippers’ cash. So while it’s still useful to survey the teams that have multiple selections and packed rosters and could be looking to sell when they’re on the clock Wednesday night, keep in mind that many of these teams might see selling their pick to LAC as a last resort if better deals that they’re angling for don’t come together.

Teams with 3 or more picks: