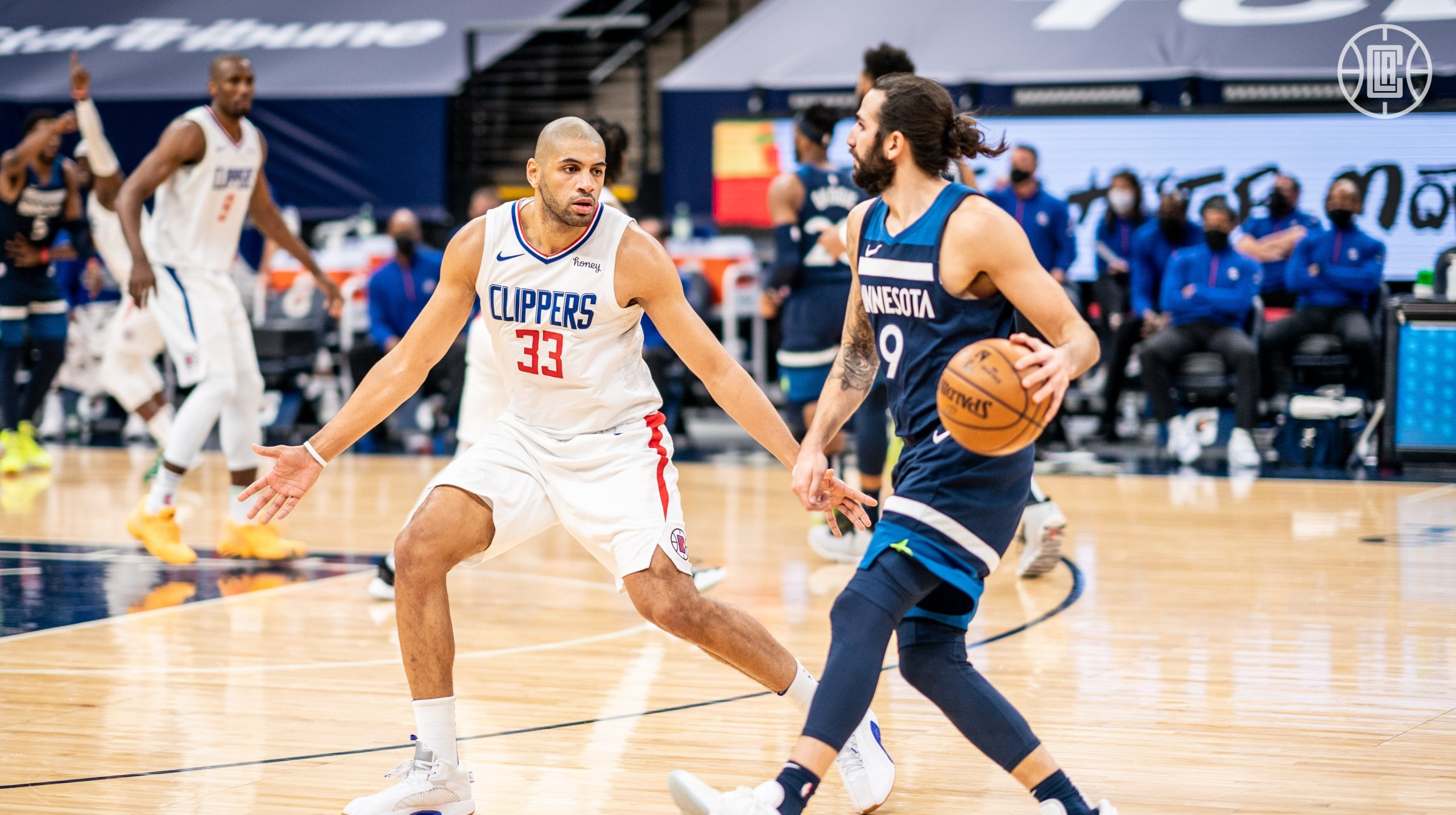 Our look at the 2022 Clippers’ offseason leisurely strolls along with an examination of the Nic Batum signing for 2 years, $22M.

Shapan Debnath: A-
One year Nico is going to come back and prove that Father Age is undefeated. That’s the only reason this grade is knocked down; Nico is already 33 and will be 34 before the year ends. But, otherwise, bringing the do it all forward back for this price after paying him peanuts after a stellar couple of years is totally fine. Nico is arguably the most important role player on the team after the team’s big stars, as he has legitimately shown an ability to guard 1-5 aside from the speediest point guards, has been an absolute sniper for LAC that doesn’t even need to bring the ball all the way down, and always seems to make the right play and be in the right spot. Pretty much every best version of the Clippers has a lineup that includes an in-form Nico. He’s done enough to earn our trust be good this coming year and RoCo is a great player to help keep him fresh.  Here’s hoping arguably the most reliable Clipper over the past couple seasons keeps it up.

Lucas Hann: A
I’m being a little generous here and giving the Clippers credit for the multi-year trend of Nico contracts here, which I think is fair considering all signs point towards his taking a massive paycut last year being done with this early bird payday in mind.  Paying a guy who turns 34 later in 2022 above-MLE money (ie, the most he could have gotten on the open market) isn’t actually the best value on its face.  It’s likely that Nico, who will be 35 in the 2024 NBA playoffs when he’s making $11.7M, is going to have notable age-related decline over the course of this contract.  But if you close your eyes and pretend that the team gave him a 3-year, $25M contract last summer, it feels like great value.  That’s essentially what happened here, just manipulated in a way that made it legal for the team to keep him (they couldn’t have legally offered 3/25 last year).  Any age-related downside on this deal is easily offset by the Clippers actually keeping him last summer and having one of their most valuable two-way role players around as they push for a title.

Erik Olsgaard: A
The Clippers have REALLY focused on building an incredible team culture over the past few years. And the results, like Nic Batum returning without even a moment’s hesitation, speak for themselves. Batum is as solid a glue-guy as there has been in this league. He legitimately defends 5 positions, he can knock down threes in bunches, he just tends to make the right plays, and he’s done it all with a phenomenal attitude. With a reasonable contract on an optimal timeline, this is as good as it gets. I fully expect Nic to retire a Clipper and take another role within the team. And until that time, let’s just enjoy our time with the humble, but damn near perfect role player that is Nic Batum.

Robert Flom: A-
With 40% three point shooting on high volume, excellent defense across multiple positions, an an innate knack for “doing the little things”, Nico has been worth well over $22M over the past two years. The question is whether he’ll be worth that over the next two years, and my guess is possibly, possibly not, but that it doesn’t matter much. Nico is an incredibly important member of this Clippers’ team that they had to keep due to his versatility and fit with their stars. If the Clips win a championship in the next two years and Nico plays a contributing role, nobody will remember that he was making $11.7M as he faded into his mid-30s. And honestly, even if he drops off a bit he’ll still be worth around that much.

Cole Huff: A-
I understand that his age is something to theoretically be concerned about, but Nico has had relatively low usage over the past couple of seasons (especially last year). I don’t really worry about his game falling off of a cliff, being that it is largely dependent on IQ. And his ideal basketball size, to go along with those aforementioned basketball smarts, make him positionally versatile enough to fit well with mostly any other configuration of four players he takes the court with. Assuming the Clippers retain their depth going forward, Batum should be able to make good on that contract throughout the next two regular seasons without having to overdo it out there — leaving him in an ideal role for this point in his career.

David Mendez-Yapkowitz: A
Re-signing Nic Batum was another no-brainer for the Clippers. When the Clippers first signed Batum two years ago, he was coming off of the most disappointing season of his career with Charlotte. It wasn’t always certain what kind of player they were getting, but he’s become one of the team’s most dependable role players. Perhaps the biggest way he’s helped the Clippers is his newfound ability to play some small ball center. He’s returned to his Portland levels of defending and he’s a consistent three-point shooter. A lot of the Clippers most effective lineups include Batum. For a team looking to contend for its first championship, keeping Batum goes a long way towards that.

What do you all think of the Nic Batum signing by the Clippers? Leave your comments below!