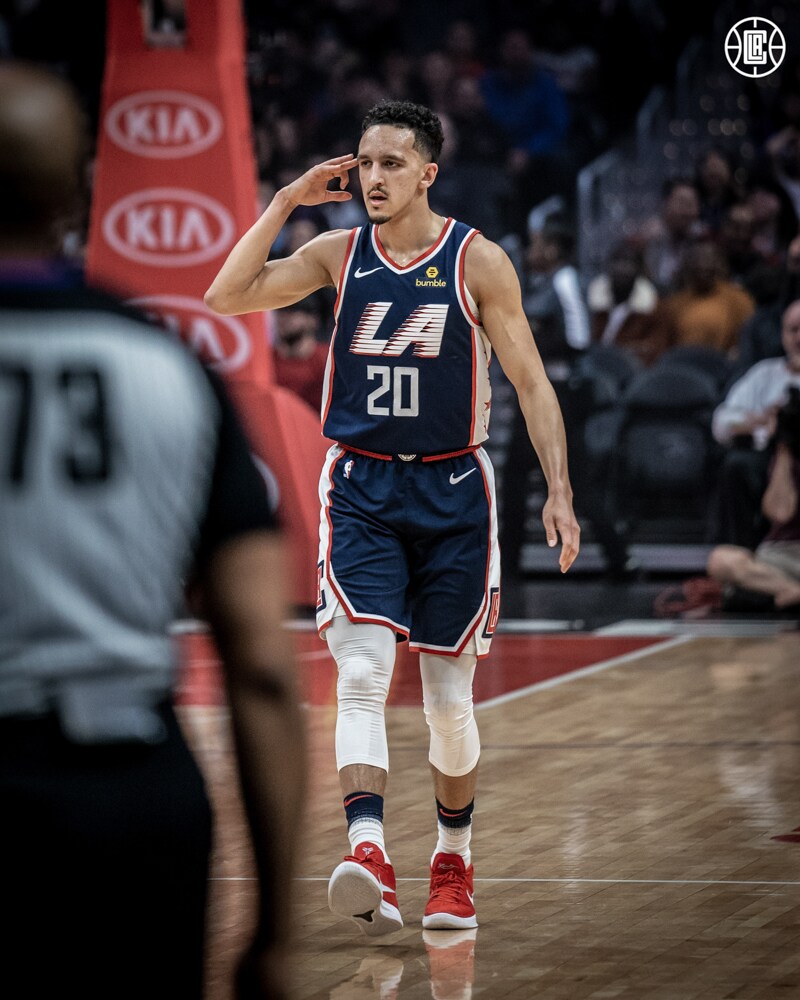 Contract Status: Shamet is in the second year of a four-year standard 1st round rookie contract. The third year has already been picked up, and the fourth is a team option that the Clippers are a lock to pick up as well.

Expectations for Landry Shamet were exceptionally high after his rookie season. He hit one of the most clutch shots in Clippers history in the playoffs to cap the Clips’ massive comeback against the Warriors in Game 2 of the first round, and proved his mettle in high-stakes matchups time and again. His incredible shooting, hints of playmaking, and sometimes sturdy defense had Clippers fans dreaming of a breakout season where Shamet advanced from capable rotation player to future star, either as an off-ball threat ala Klay Thompson or as a pull-up point guard shooter along the lines of Damian Lillard. I wrote back in August about the kind of things that Landry might be able to do or improve to have such a glorious sophomore campaign, and while it was certainly optimistic, there was plenty of thinking that Shamet was ready for a big step forward.

The reality, unfortunately, has been somewhat disappointing. Landry hasn’t been bad by any means. He has, however, turned in a second season that looks frighteningly similar to his rookie campaign. Examining his raw stats, they’ve nearly all decreased (though by very small amounts) – rebounds, assists, steals, and points have decreased from their 2019 levels. The advanced stats tell a similar story, as Shamet’s BPM and RPM have dropped while his WS/48 has ticked up marginally. Essentially, the stats say that Shamet has been virtually the same player this season as he was last season.

The eye test told much the same story. Watching Landry play this past season, he simply didn’t seem to have improved tangibly in any way. His defense was much the same, he didn’t handle any more ball-handling or playmaking despite a much-ballyhooed switch to more of a point guard role, and he remained a largely one-dimensional threat on offense. There were few three-point shots off the dribble, rare drives to the basket, and only occasional flashes as a defender or rebounder. Sometimes Landry would make a hard dribble move or juke out a defender that hinted at more of an off-the-dribble presence, but those moments were never followed through consistently.

Most disappointingly, Landry regressed as a three-point shooter from his stunning rookie season. He declined from an incredible 45% on 6.0 attempts per game to 39.2% on 5.7 attempts. Now, his previous mark might be unrealistic – as noted in the linked piece above, it was historically good for a rookie. However, while 39% on decent volume is still a very good NBA shooter, it’s not game-changing. Fans wanted Shamet to take a leap in volume (8 threes a game was commonly thrown around) or maintain his percentages at a similar volume, but he stepped back in both areas. While it’s quite possible this will be a one year blip as a shooter, there’s now a possibility that Shamet will be merely an excellent NBA shooter rather than an all-timer.

All that said, there’s still plenty of time for this thinking on Shamet to change. He dealt with an injury earlier in the season, and injuries can throw off the seasons of even veteran superstars, much less young up-and-comers. With plenty of time to rest and heal, Landry could come back breathing fire down the stretch run and into the playoffs. He’s a lock to get real minutes in the postseason, and if the Clippers have a deep run, he will gain invaluable experience at the highest level of the NBA. Some big three-balls by Shamet in the playoffs will assuredly make fans more likely to overlook his somewhat disappointing season.

In the long run, Shamet’s future remains bright. He’s cheap and cost-controlled by the Clippers over the next few seasons, and is a malleable fit on the basketball court. Because of that, it is likely that he remains a Clipper, although that very value means he could fetch a hefty return on the trade market. If the Clippers decide they want a 3rd star to pair with Kawhi and Paul George, it is possible Shamet is dealt in the exchange as the blue-chip prospect needed to push the deal to completion. However, in all likelihood, Clippers fans can get used to seeing Landry around for many years to come.