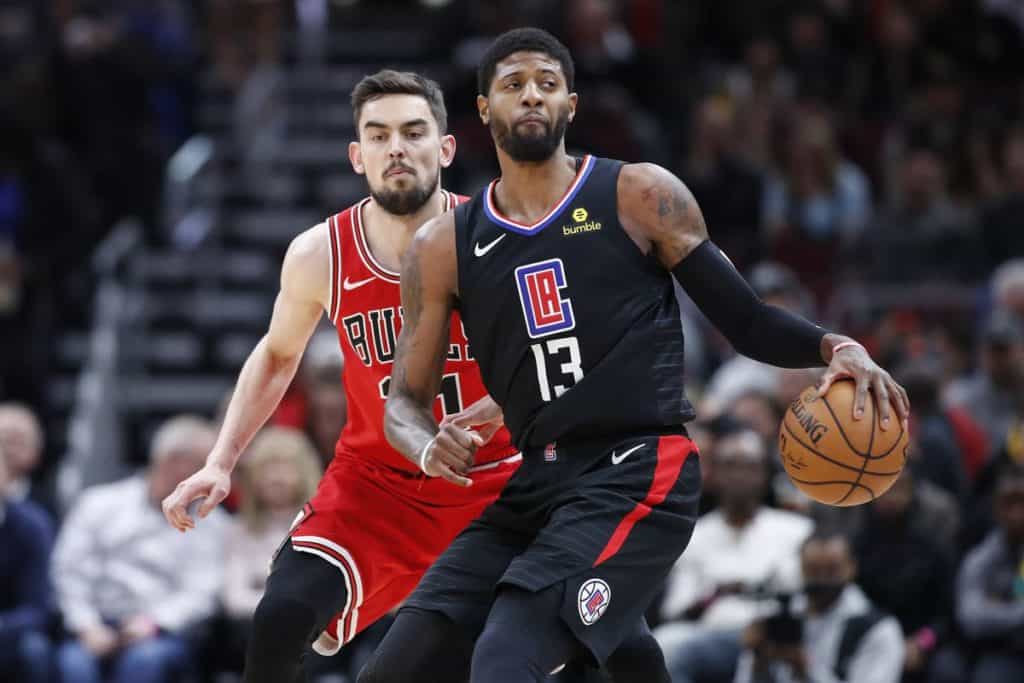 Key Stats: Averaging 21 points, 5.7 rebounds, and 3.9 assists through 42 games. Averaging 29 minutes per game while shooting a shade under 40% from three-point range.

Few outside of those in-the-know expected Paul George to be a Clipper. The shocking trade that sent Shai Gilgeous-Alexander, Danilo Gallinari, and a bevy of future picks to OKC was a shocking add-on that came down just minutes after it was reported that Kawhi would be signing with LAC.

Obviously, expectations were massive. George has been one of the best two-way wings in basketball for years, and he’s coming off a career year for the Thunder. George averaged 28 points per game a season ago, though his 2018-19 campaign was somewhat derailed by shoulder issues that caused his shooting to fall off a cliff in the second half of the year.

PG-13 and Kawhi were expected to quickly gel into one of the game’s most formidable tandems, especially given both players’ positional versatility and ability to defend multiple positions.

He wound up undergoing procedures on both of his shoulders, which kept him sidelined for the entire preseason and the first 11 games of his first year with the Clips.

George scored a season-high 46 points in a 124-117 win over the Timberwolves in December. Kawhi bagged 42 of his own that night, and the two became the first duo in franchise history to score 40 or more in the same game.

George’s numbers since returning have been solid, but he has endured some cold spells on occasion. He’s also been operating on some sort of minutes limit for much of the year, which makes sense considering the team’s depth. Keeping everybody healthy for the playoffs was the goal.

George will presumably keep playing second fiddle to Kawhi offensively when they share the floor, but PG figures to be relied upon pretty heavily in the minutes Leonard rests during the playoffs. George is averaging 16 shot attempts per game this season, which is down considerably from the 21 he was hoisting on a nightly basis last year in OKC.

Doc will probably take a somewhat cautious approach with the minutes for his stars when the season resumes, but you can be sure the playing time for George will get ramped up once the postseason gets underway. It remains to be seen whether they’ll be dealing with rust after such a massive layoff, but the time off should benefit PG given the variety of injuries he’s dealt with this season. In addition to the shoulder, he’s battled nagging hamstring problems since the calendar flipped to 2020.

The Clippers are guaranteed just one more season of Paul George after this one, though the LA native has repeatedly talked about how much he has enjoyed being able to play near home. This was something he talked about a lot before being traded here last summer, so it wouldn’t be too surprising if there is mutual interest in extending his deal after next season.

All of that obviously depends on how the next couple of years go. LAC is listed among the title favorites this year, and they will be again in 2020-21. Assuming chemistry issues don’t arise and torpedo the Clips’ chances, George could be in a Clipper uniform for the long haul.