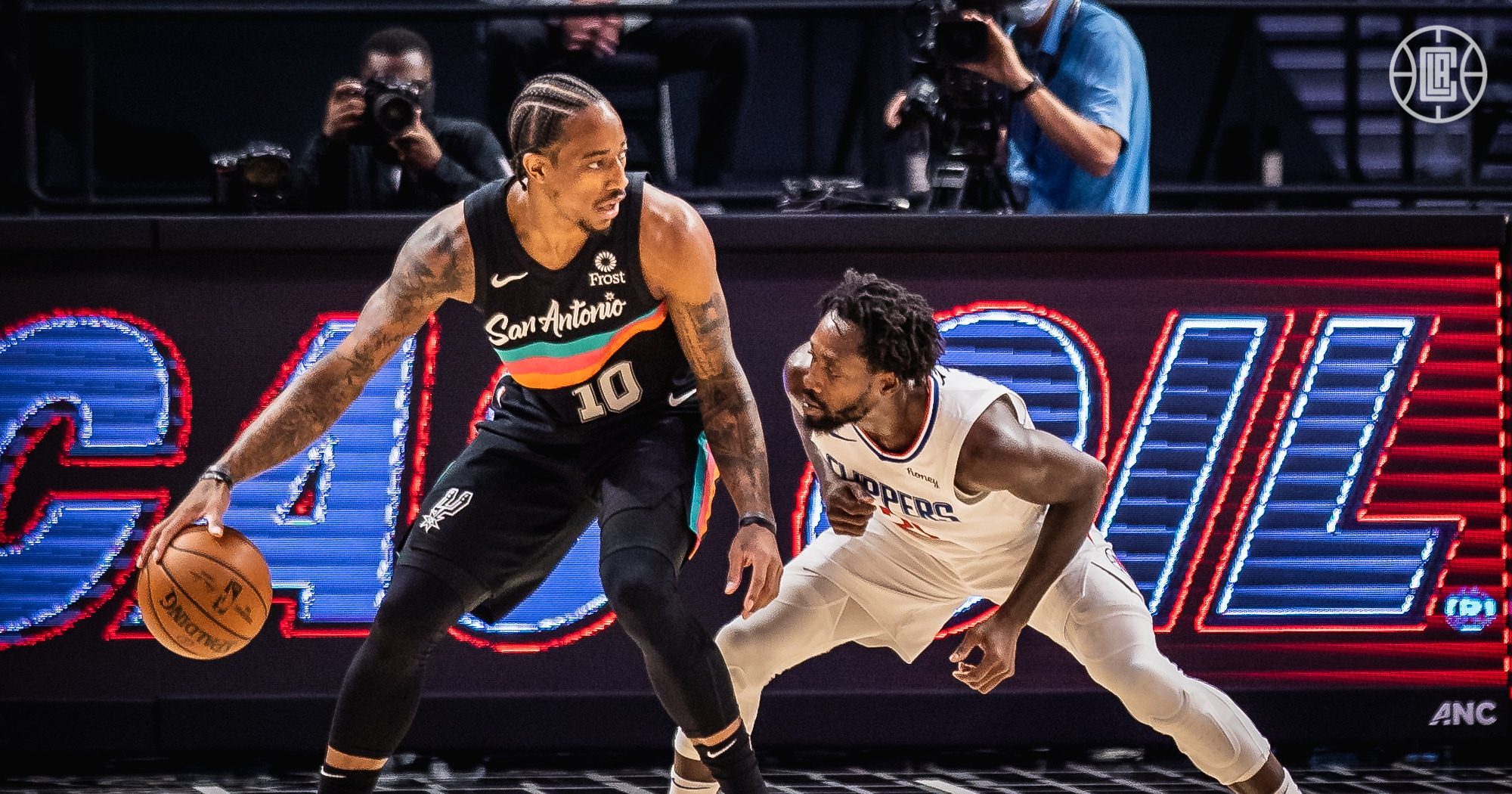 Many storylines have taken over the bulk of Clippers discourse amongst the NBA community. The calls for the Clippers to acquire a true point guard ranks at the top, followed by panic over their clutch numbers, and of course the pick-and-roll defense. Undoubtedly, each of those concerns is legitimate and have factored into why the Clippers have been underwhelming in recent weeks after an encouraging start, albeit with varying levels of impact. Perhaps the least talked about major storyline this season in regards to the Clippers’ inconsistency has been their defense, which has been the most concerning to me. The Clips currently are operating as a middle-of-the-pack defense, which is hard to comprehend when you eyeball the names on the roster.

On paper, what’s not to like? The Clippers’ starting unit alone is as decorated as any in the NBA. Patrick Beverley, Paul George, and Kawhi Leonard aren’t the celebrated defenders that they were once upon a time, but each is still very good to great — potentially elite on any given night. Serge Ibaka fits a similar description, but is probably more average to good, as the previous defensive machine has slipped a bit with age. Finally, Nic Batum remains a solid team defender with enough left in the tank to remain versatile as an on-ball option. The second unit this season has featured maybe the team’s most important defender, Ivica Zubac, and Marcus Morris Sr. who has been a solid defensive player throughout his NBA career — though they have recently started games and filled in nicely.

But the Clippers’ starting five has checked out exactly as the paper says it should. Although the eye test hasn’t always been flattering, the numbers say otherwise. The Beverley, George, Leonard, Batum, Ibaka lineup has put together a 101.7 defensive rating in 264 minutes played together across 19 games — the team’s best defensive rating for any player combination to have logged more than 50 minutes together. For what it’s worth, the top defense in the NBA (the Lakers) has a defensive rating of 106, which means the 101.7 rating isn’t just good – it’s excellent. Unfortunately, 19 out of 42 games played together is very, very bad. Health and availability have been a thorn in the Clippers’ side, as Beverley has missed 13 games, George 11 games, and Leonard 8. What that has entailed is a constant mixing of rotations, which has caused a lack of cohesion and chemistry, similar to what hindered the Clippers throughout the majority of the previous season and was a key contributor to their demise.

For as talented as the Clippers are as individual defenders, they’ve hardly created easy opportunities for their offense. The team’s 10.7 fast break ppg (24th) and 16.9 ppg off of turnovers (16th) are direct correlations of their inability to take the ball out of their opponent’s hands. Perhaps this lack of assertiveness on the defensive end coincides with the team’s strategy of limiting three-point attempts and encouraging twos — as shown in their pick-and-roll coverage. Dropping the big into the paint and letting the opposing ball-handlers make their way downhill has been hit or miss throughout the season — they’ve allowed just 32.6 3PA per game (7th fewest). When you combine that with the Clippers playing more small-ball than usual, you come to the number 48.3, the average amount of points in the paint they are foregoing per game thus far (12th most).

This defense, which was a point of emphasis through part one of the season, is more of a chess move to force the opposing offense into low efficiency rather than an aggressive disruptiveness that can force turnovers. However, Ty Lue made some lineup changes ahead of the Mavs’ game, as well as some defensive adjustments by throwing out a few different pick-and-roll looks for Luka. Maybe this change-up is a sign that Ty Lue is looking for solutions.

The thing about having veteran players is that they’re going to pick and choose their spots. Not many can physically give their all for each game of the long season. Outside of Pat Bev, who brings it nightly, the Clippers’ effort on defense is visibly inconsistent on a per-game basis, hence performances like that New Orleans game. But then they get ticked off and find a sense of urgency to flip the switch and put together consecutive 48-minute defensive efforts as they did against Dallas. It’s common practice for older teams to go through the motion, but it’s a dangerous game to play. With the postseason not too far away, the Clippers will have to continue to trend upward in many areas, but it starts with defense. In order to do that, they will need health, first and foremost, but also increased effort and maybe some new tactics as well.