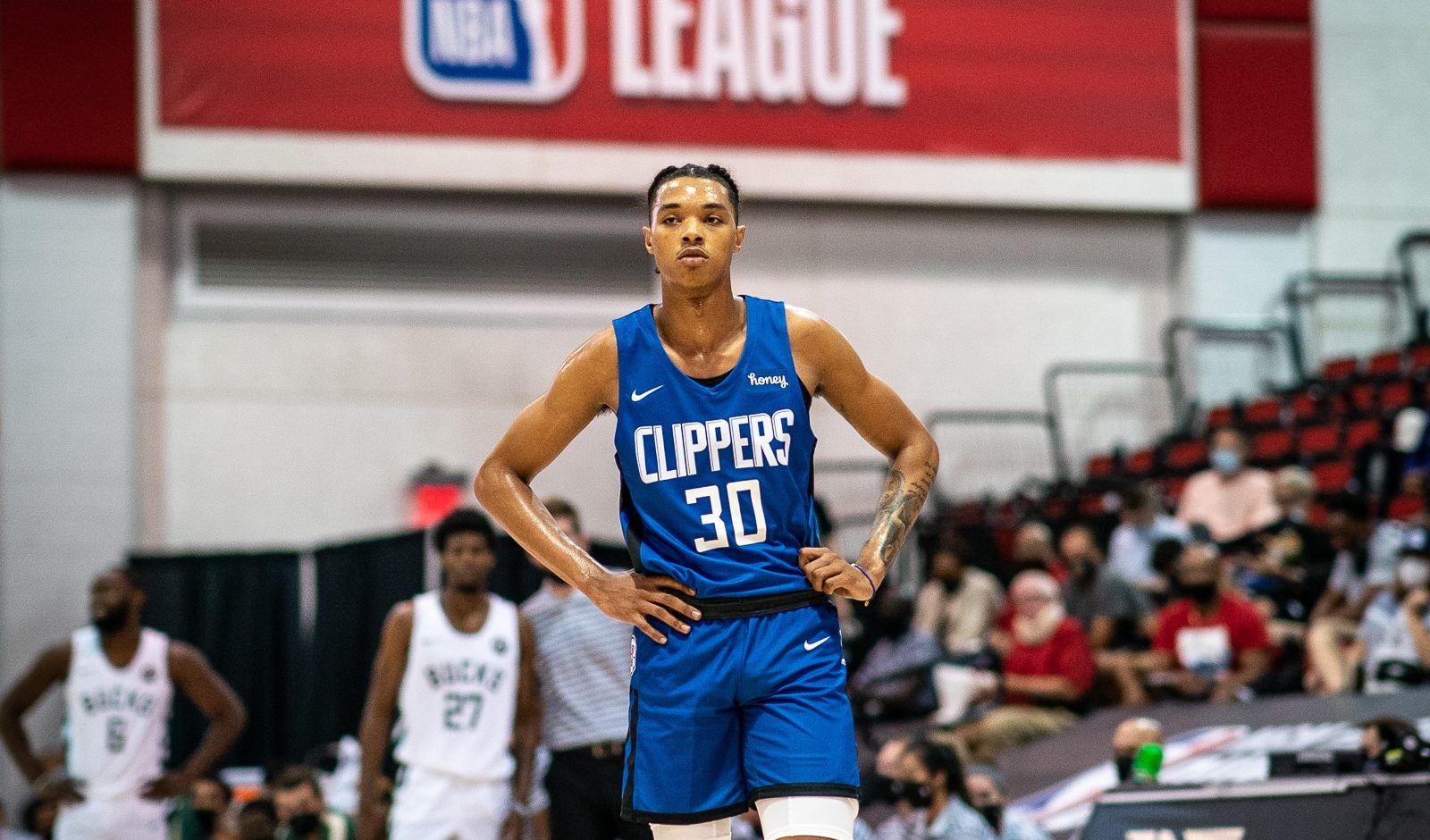 Second-year wing Brandon Boston finally had his Las Vegas breakout game Friday afternoon as the Summer Clippers pulled off a huge fourth-quarter comeback to eliminate the Summer Jazz from championship contention. The Clippers had already been eliminated by virtue of their Wednesday night loss to the Denver Nuggets, but are now back at 2-2 after today’s win. They’ll play their final Las Vegas Summer League game tomorrow, Saturday night at 8pm Pacific Time on NBATV.

The Clippers trailed 56-50 heading into the fourt quarter against the Jazz before winning the final frame 32-9, just absolutely dominating Utah. Boston had 13 points in the final frame to lead the way, outscoring the entire Jazz team by himself. Second round rookie big man Moussa Diabate missed his second straight game with an ankle injury and is not expected to play tomorrow either, while second round sophomore point guard Jason Preston is also done for Summer League after entering health and safety protocols today. Here are some individual notes from today’s game:

The Clippers have just one game left in Vegas, and it’s shaping up to be one of very little consequence for the franchise, as two of their three major prospects are out and the third seems likely to be given the game off as well. We’ll see several guys’ last-ditch attempts to make their case to be on the 20-man training camp roster, but for the most part it’s shaping up to be an audition game for members of the Summer Clippers to try and take their services elsewhere around the world next season.