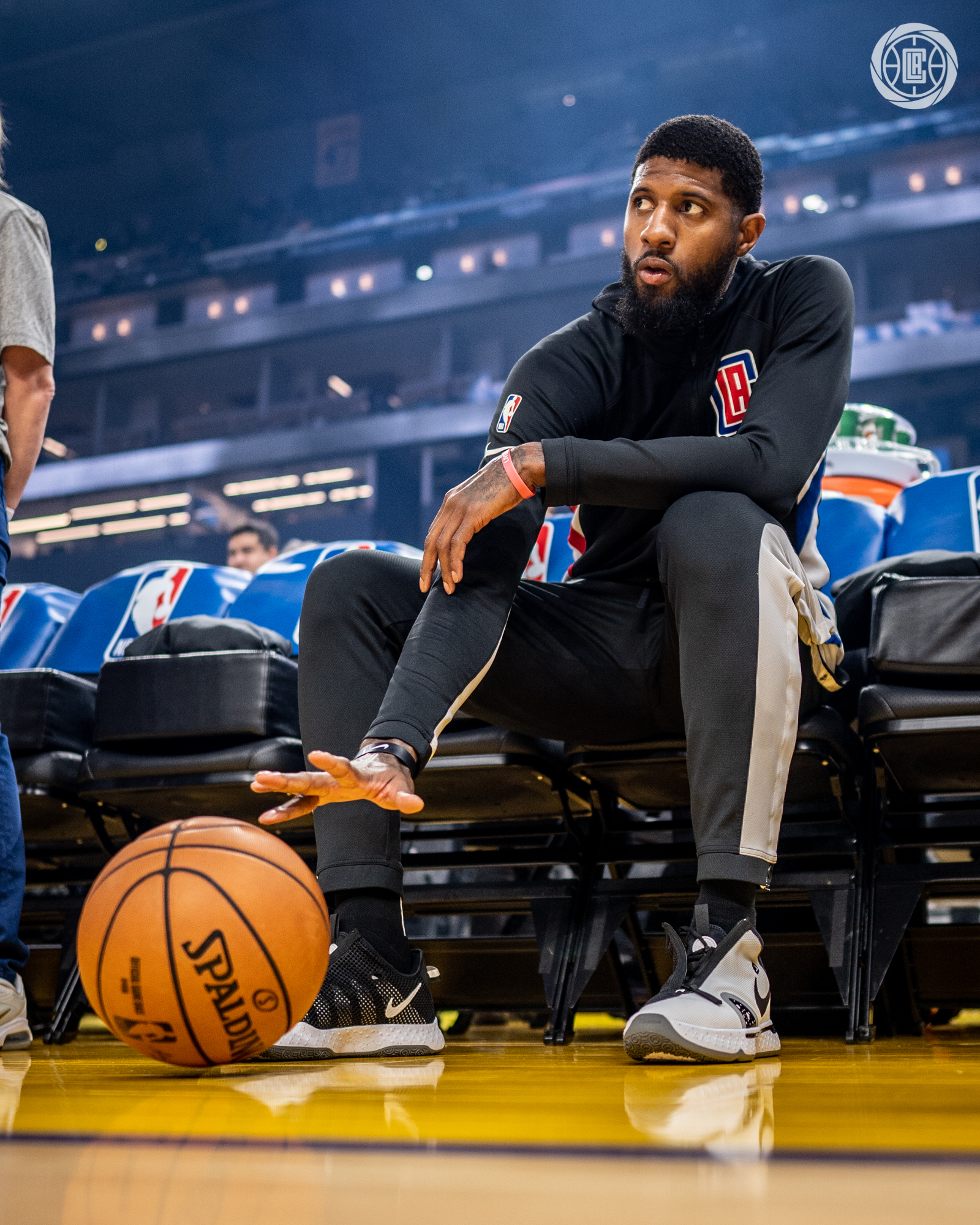 Fresh off of a season that saw him finish 3rd in both MVP and Defensive Player of the Year voting, Paul George has become one of the most disrespected players in the entire NBA. Similar to the development in Kawhi’s national perception since becoming a Clipper, Paul George ending up in blue and red rather than purple and gold has shifted the narrative on him from one of the game’s best players to an overrated playoff choker.

Other than the move to LA this summer, what has changed for PG that now warrants the widespread media slander? The answer is nothing. In fact, the only thing different about Paul George from one year to the next is that his game is constantly ascending. Since returning from his leg fracture that left the future of his career in question, Paul George is one of only three players in the NBA averaging at least 23 PPG and 6 RPG on 38% from deep. The other two are Kevin Durant and Kawhi Leonard. That time span stretches from 2015 in Indiana, to 2020 in his perceived down year with the Clippers.

This season with the Clippers is the first thing that must be discussed before analyzing PG any further. This notion that his first year as a Clipper has been underwhelming could not be further from the truth. The only thing that stopped PG from being right back in the MVP discussion was injuries, because when he was on the floor, he was every bit as good as his MVP-caliber 2018-19 season. Injuries were undoubtedly a factor in Paul George’s perceivably low numbers, as he played just 42 of the Clippers’ 64 games; however, it was the career low 29.1 MPG that really caused the casual fan to inaccurately analyze this season from PG.

Of every NBA player that averaged less than 30 minutes per game, Paul George was the only guy amongst them to still put up at least 21 PPG. The next closest player was Lou Williams at 18.7 PPG, followed by Montrezl Harrell at 18.6 PPG. What PG was able to do in such a limited time on the floor was truly special. PG’s production in limited minutes raises the question of where his play with the Clippers would rank amongst his MVP caliber season just the year prior. In that season, PG played a tick under 37 MPG, nearly a full 8 more minutes per contest than his first season in LA. While the minutes discrepancy makes the two seasons look astronomically different, the per 36 numbers prove that is not the case.

Here is how the two seasons line up with each other when using per 36 stats:

The numbers are nearly identical, despite PG playing the majority of the 2019-20 campaign out of rhythm due to injuries. The too commonly shared idea that PG came to the Clippers and forgot how to play basketball is entirely false. The numbers and knowledge exist, but too many people choose to ignore them.

The widespread hate for Paul George is the most prominent factor in his game becoming underrated, but there is still a large majority that might not hate PG, but also doesn’t understand how good he is. PG’s combination of size, handle, shot, and defense is exclusive to him alone. This season, which once again is widely considered a down year, Paul George was one of two players in the NBA to average at least 21 PPG and shoot 40% from deep on 8 or more attempts per game. The other was Karl-Anthony Towns, who only missed out on the 50/40/90 club because of his 80% clip from the line. The level of three point shooting we saw from Paul George this season is extremely rare. The combination of 21 PPG and 40% from deep on 8 or more attempts per game has only been done by 7 players in NBA history: Steph Curry, Klay Thompson, Ray Allen, Kemba Walker, Kyle Lowry, Karl-Anthony Towns, and Paul George. Of the players on that list, Paul George is the only one to make an NBA All-Defensive 1st team in his career. That is what makes Paul George so special, and why it should not be seen as a hot take to consider his skillset exclusive to him alone. He is one the best high volume three-point shooters in NBA history, and plays DPOY level defense at 6’8”. Find another player who is doing that.

If a committed Paul George hater has reached this portion of the article, their certainty that he is a perennial playoff disaster will have negated the previous six paragraphs highlighting his regular season greatness. If that narrative was correct, then perhaps they’d be justified in that belief. Unfortunately for them, and Laker fans everywhere, it could not be further from the truth.

In last season’s playoffs, with two shoulders that eventually needed surgical repairing, Paul George averaged 28.6 PPG and 8.6 RPG. This level of playoff performance was the continuance of a trend for PG that dates back to when he first became the guy in Indiana. Since the 2016 playoffs, just two players in the entire NBA are averaging 27 PPG on 38% from deep: Paul George and Kawhi Leonard. PG’s ability to score and shoot at an elite level, combined with his defensive prowess, have made him one of the best postseason performers currently in the league.

The truth is that Paul George’s career trajectory has given him a chance to reach postseason immortality if he and Kawhi accomplish what they have set out to accomplish. The individual numbers speak for themselves, as Paul George is the only NBA player since 2016 to average at least 27 PPG, 7 RPG, and 4 APG, on 38% from deep in the playoffs. Kawhi misses that criteria by just 0.2 APG, but even if the criteria were lowered to 27/5/3 on 38% from deep, it is still just Kawhi and PG as the only players in the league putting up those numbers in the postseason. The numbers are irrefutable, Paul George is a great playoff performer. If he gets a ring, let alone multiple, his postseason career arc will be right on course with some of the best to ever do it.

There are few ways to become nationally disrespected quicker than putting on a Clippers jersey. A way to multiply that disdain is to join the Clippers in a way that is deemed disrespectful by the Lakers and their fans. This was the story for Paul George, as was it the story for Kawhi Leonard and Patrick Beverley. All three were sought out by the Lakers and their fans, and all three walked across the hall. Paul George never granted the Lakers a meeting, Kawhi made them come to his hotel room for rejection, and Pat Bev spent the summer trolling their fans on Twitter. It’s not a mystery why these guys are so commonly slandered, because it was never about basketball. If it were about basketball, then Kawhi would be respected as arguably the league’s best player, PG would be respected as one of the league’s most unique talents, and Pat Bev would be respected as a defensive stopper with an underrated offensive game. Instead the talk is about load management, Playoff P, and Pat Bev tricking ya’ll. It has always been narratives over facts, but it’s time to bring facts over narratives.

This is what has happened to Paul George. The world of media narratives has gifted him some of the worst they have to offer. They range from ignorant, to disingenuous, and all the way to simply false, but they do have backing. Their backing doesn’t come from stats and facts, but from people who care about neither. It has gotten to the point where the disrespect has become too loud to go unchecked. The facts exist, the stats exist, the highlights exist, and they all refute the ignorant narratives surrounding Paul George.