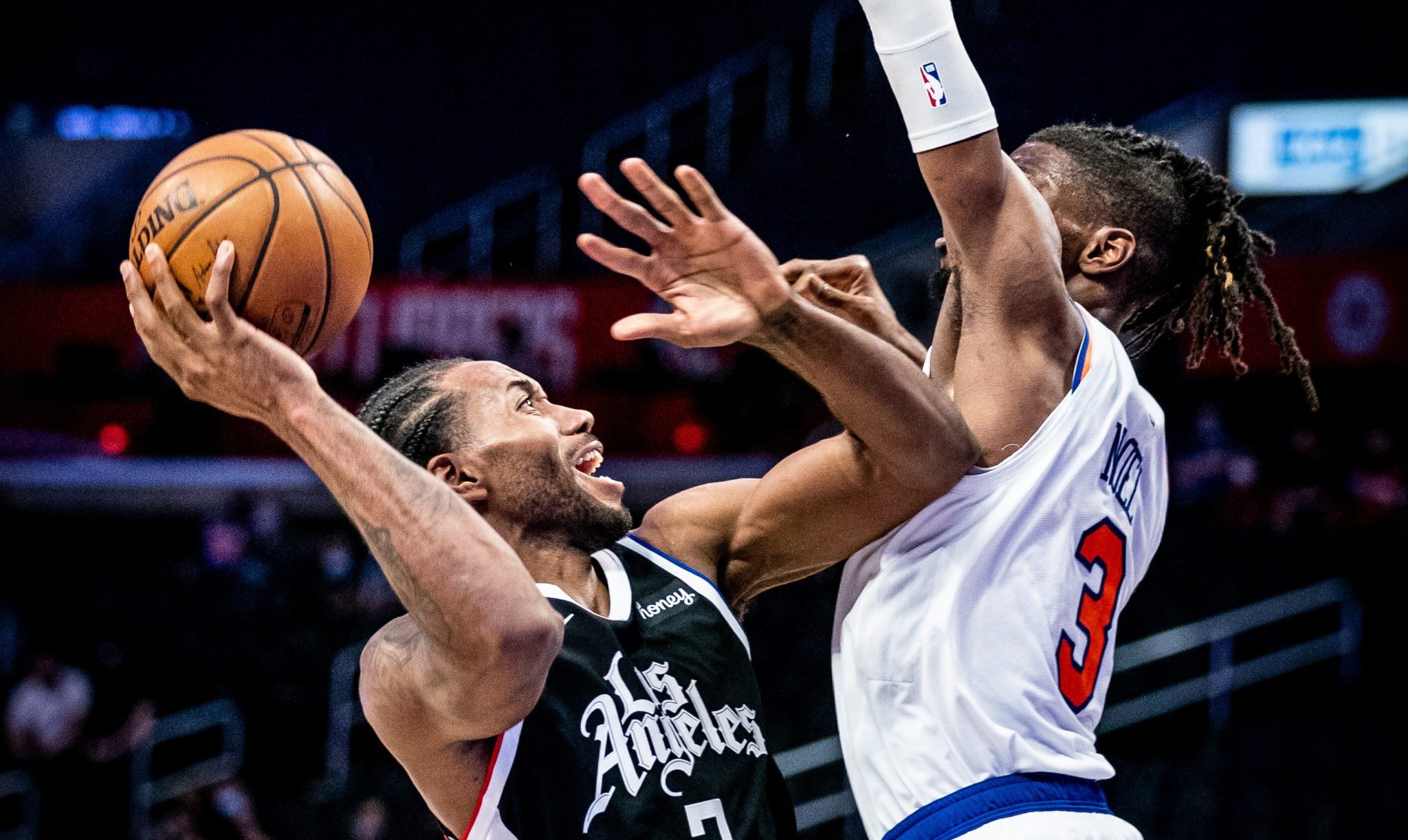 According to Michael Scotto of HoopsHype, the LA Clippers and New York Knicks have discussed a trade for Knicks big man Nerlens Noel. Noel is slated to make $9.24M next season, interfering with New York’s plans to clear cap room to offer a contract to Dallas Mavericks restricted free agent guard Jalen Brunson that is big enough to scare the Mavs out of matching–possibly in the range of $100M over four years. The Clippers have a $9.7M trade exception from when they moved Serge Ibaka’s salary at the February deadline, which would allow them to absorb Noel’s contract without sending the Knicks salary in return.

That basic framework makes sense for both teams, so it’s understandable that the two sides would be engaged in at least preliminary discussions. However, determining the finer details gets murkier. Presumably, the Clippers would be interested in Noel as a replacement for backup center Isaiah Hartenstein. Hartenstein likely played himself out of the Clippers’ price range last year–they can only re-sign him for 120% of the minimum without using their taxpayer mid-level exception, and even that $6.4M taxpayer MLE salary could be quite a bit short of what other teams are offering. With the news that John Wall agreed to a buyout with the Houston Rockets and will join the Clippers, signs seem to point to that taxpayer MLE going to Wall (though that hasn’t been confirmed), which I would read as an indication that the Clippers already have accepted that Hartenstein will be taking more money elsewhere in free agency.

Of course, that’s just guesswork at this point. It’s still entirely possible that Wall–who was slated to make $47.4M with the Rockets next season and gave back $6.5M in the buyout–is coming to the Clippers on a league minimum salary and leaving the taxpayer MLE open for Hartenstein (or someone else). But, him giving back $6.5M to sign a new deal worth $6.4M would line up nicely. It’s also possible that Hartenstein is amenable to taking a paycut to stay with the Clippers. Last summer, Nicolas Batum re-signed for well under market value in the same situation so that the Clippers could keep their taxpayer MLE open for another player. Some key differences, though, are that Batum has already made over $150M in his NBA career while Hartenstein’s career earnings are just around $5.5M, and that Batum was still getting paid $9M/year from his Charlotte Hornets buyout. Hartenstein taking such a cut at this point in his career would really be a staggering move, and frankly feels like unrealistic wishful thinking.

So, assuming Wall takes that taxpayer MLE and Hartenstein walks, the Clippers would now have that backup C opening where engaging with the Knicks about Noel would make sense. But is the deal worth it? Minimum salary veteran centers are typically available in bulk in the free agency pool, and the Clippers would be able to find someone from a solid list of candidates at a fraction of the cost of absorbing Noel, especially when factoring in the ever-increasing luxury tax penalties Steve Ballmer faces as the Clippers’ team salary rises.

Noel is coming off of a challenging year with the Knicks where he played just 25 games. He missed time in training camp and preseason due to knee soreness and couldn’t get healthy all year, being listed out due to soreness in both knees throughout the season as well as spending time in the league’s health and safety protocols, needing extra time for reconditioning after clearing protocols, struggling with lower back soreness, and finally missing the last two months of the season with left foot soreness that was eventually upgraded to plantar fasciitis. Noel also missed his rookie season in 2013-14 due to an ACL tear and played just 30 games in the 2017-18 season due to a thumb injury that required surgery.

While Noel is a good backup C and capable fill-in starter when healthy, his skill level doesn’t make him a spectacular, can’t-miss addition to the Clippers on paper–merely a good one. With a slate of players like JaVale McGee and Hassan Whiteside available for cheap in free agency, there is little need for the Clippers to aggressively pursue a deal for a much more expensive backup center with notable injury struggles. The Knicks, on the other hand, are desperate to dump one more contract to get to their target number for Brunson’s offer sheet, and moving undesired contracts for nothing in return can be challenging. Case-in-point: the Knicks had to give the Detroit Pistons 13th overall pick Jalen Duren to dump Kemba Walker’s $9.2M deal in the draft last week as part of this same cost-cutting effort. So in any Noel trade, it would appear that the Knicks need the Clippers much more than the Clippers need the Knicks. The Clippers have easy pathways towards filling the backup C slot in other ways, while the Knicks would be challenged to find similar avenues to offload salary without attaching draft compensation.

Nailing down the fair additional value for the Knicks to include is tricky. While they gave a lottery pick to offload Walker’s $9.2M to the Pistons, there’s a much more realistic use scenario for Noel on the Clippers. I would expect that the Clippers would try to get either a protected first or two high-value 2nds in exchange for absorbing Noel. The Knicks currently have their own 2023 1st round pick in addition to protected 2023 first round picks from Dallas, Detroit, and Washington. They also have a solid collection of future 2nds from different teams, including 2023 and 2024 Detroit 2nd round picks that the Clippers have already possessed before trading away. If the Knicks offer a future first–even a low-value one–the Clippers should absolutely take it to absorb Noel’s deal. If the Knicks are holding off, I wouldn’t be opposed to the Clippers taking a pair of 2nds, but they should probably be patient as well to see how else they can put that TPE, which doens’t expire until the trade deadline, to work.