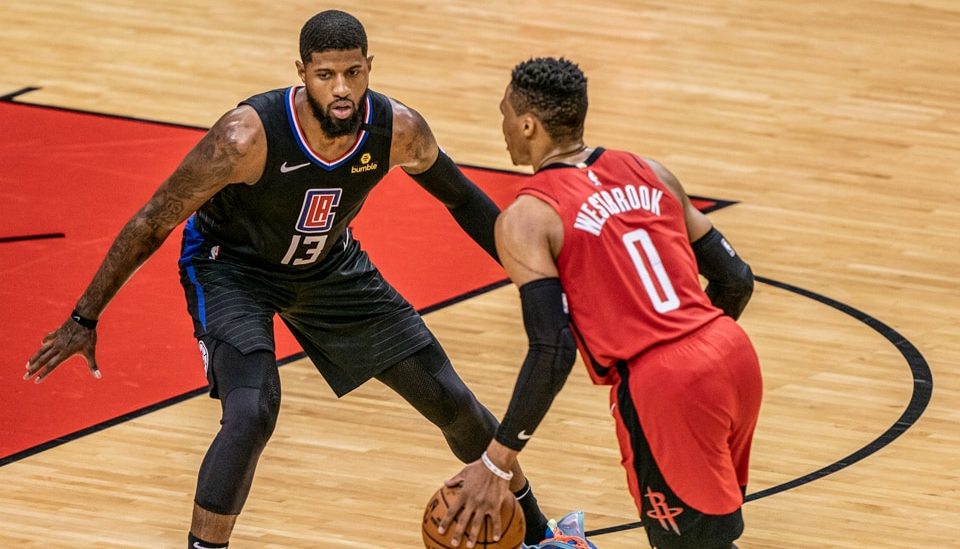 According to The Athletic’s Shams Charania, Russell Westbrook is unhappy in Houston and wants a move away from the Rockets, citing frustration with the franchise’s direction:

The news came just a day after The Ringer’s Kevin O’Connor said on The Ringer NBA Show that the Clippers and Knicks were two teams that had interest in the former MVP.

Westbrook, who was traded from Oklahoma City to Houston last summer, has grown uneasy with the Rockets’ culture and lack of accountability, according to an in-depth report on Houston’s dysfunction published in The Athletic. It’s perhaps unsurprising that there is deep-seeded tension in Houston, given the accumulated baggage of their playoff losses in recent years. While they made it further than the Lob City Clippers ever did, making two Western Conference Finals (including the 2015 WCF after coming back from down 3-1 to the Clippers in the second round) and even finishing 1st in the West in 2018 before losing to the Warriors in 7 games in the conference finals.

Just as that Lob City core eventually soured due to infighting after repeated postseason letdowns, the Morey/Harden era in Houston is apparently on its way to an unceremonious end, as Daryl Morey and Mike D’Antoni have both left the organization this off-season and tensions throughout the organization are coming to a head.

Westbrook has always posted massive individual numbers, but his teams have rarely had much to show for it. Last season, his scoring became more efficient playing second fiddle to Harden, but he still had huge problems with three-point shooting and turnovers. During the playoffs, he was straight-up awful, making horrible decisions down the stretch of games and basically ruining the Rockets’ hopes of extending their series against the Los Angeles Lakers. While he was far from Houston’s only problem–the team was structurally flawed, featured long stretches of apathetic play, and lost Danuel House Jr. to a bubble violation mid-series–he was glaringly bad. The data shows that the Rockets were 13.7 points worse per 100 possessions in the postseason when Westbrook played compared to when he didn’t, and the eye test (and I watched all of their games) fully agreed.

Simply put, if the Clippers are looking to add a high-IQ floor general to unlock their offensive potential, Westbrook isn’t it. His contract only makes matters worse–much like Chris Paul, he’s set to make $41M next season and $44M the year after, but unlike Paul, there’s a third year worth $47M on his deal. In order to get in the conversation for Westbrook, the Clippers would have to put together a package starting with Patrick Beverley, Lou Williams, and Rodney McGruder, and complete it one of Ivica Zubac, JaMychal Green (if he opts in to his player option), or Montrezl Harrell (in a sign-and-trade deal, perhaps to a third team). Decimating the team’s depth to add an ill-fitting player would be a step in the wrong direction and saddle them with the league’s worst contract, making upgrading the roster next to impossible for the next few years. The alternative would be to start a package with Paul George, which would be an absolutely disastrous downgrade.

I have no ill will towards Russell Westbrook, who is a hometown guy. I hope things work out for him and he finds a landing spot where he’s happier. But there isn’t a mathematically possible deal that gets Westbrook to the Clippers that I would consider if I were the team–and I’m betting that Lawrence Frank and Jerry West are smart enough to avoid acquiring him as well.