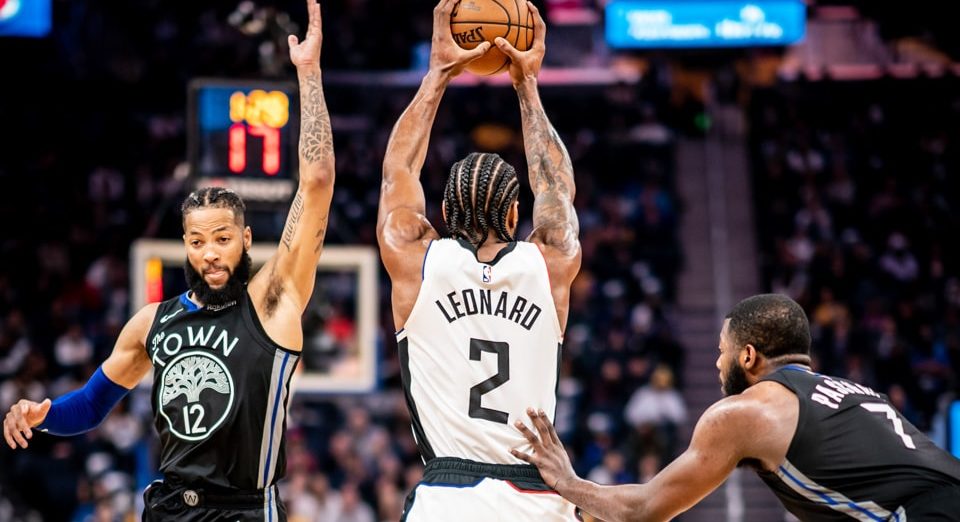 One of the Clippers’ least heralded moves this offseason was bringing in second-year player Ky Bowman on a non-guaranteed deal. As he played for the Warriors last season, we didn’t think there was anyone better to go over the ins and outs of Bowman’s game than our companions over at Let’s Go Warriors, another SB Nation splinter blog. Duby Dub Dubs, a longtime writer at Let’s Go Warriors (and previously Golden State of Mind) was gracious enough to answer some of my questions regarding Ky. So, without further ado, here’s our full Q&A with Duby on Ky Bowman.

1. What are Ky’s strengths? What does he bring to an NBA team?

Ky Bowman is sort of like a Totinos Pizza bite: there’s nothing super wrong with him, but there’s also a lack of anything that separates him out above the pack or sets him on a path to being in the top tier.

As your 3rd string point guard, Bowman is going to bring solid two-way play, reliable ballhandling, and an extremely solid locker room presence. If I was forced to identify a specific strength, I think it would be “he’s not going to screw things up.” If you want me to nail down a more specific counting stat,  steals would probably be the safest bet. Bowman averaged around 2 steals per 100 possessions, which is good enough to rank in the 74th percentile for players at his position (via Cleaning the Glass).

With Bowman, you are getting a young player that will bring a lot of energy off the bench, and can be trusted as your primary ball handler without messing anything up too bad.

2. What are Ky’s weaknesses? Are they improvable, or probably long-term obstacles to future growth?

As with any undersized player, at 6’2”, Bowman is really limited in his ability to guard multiple positions and he tends to get abused a bit on defense because of it. On paper, he’s a stout enough defender at the point of attack, but that’s hardly the only concern against a modern NBA offense. With the Warriors last season, he fouled a fair amount (3.6 fouls per 36 minutes) and was one of many reasons that the team clearly sucked on court.  Left alone in a PG vs PG matchup, he’s solid, but as soon as he gets attacked on switches, it’s a problem.

Another issue was his three-point shooting, where he shot just 30% on the season. I don’t need to dig in to this one much deeper for you and your readers, but do be advised that his scoring efficiency is almost certainly the big reason he is no longer with the Warriors. According to Cleaning the Glass, this isn’t just limited to threes either – his effective field goal percentage (46.7%) placed him near the very bottom of the league.

The question of how “improvable” these aspects are is really central to his entire career. He’s unlikely to undergo a growth spurt, so fixing his shot is going to be critical.

3. How does he fit with this Clippers team?

If Lou Williams is so bad that you cannot afford to keep him out on the court, then Ky Bowman is a good fit for the Clippers. He doesn’t have any enormous pluses or minuses, which is honestly fine for a deep bench player. Bowman is not going to log in and proceed to shoot you out of the game, or turn the ball over a bunch trying to force flashy passes.

So sure, if Bowman is playing big minutes in a playoff series, you are probably in trouble, but if all you’re looking for is an occasional coverage to eat up backup point guard minutes, Bowman will be mostly ok.

You’ve got to realize though that you cannot think of him as a poor man’s Patrick Beverley – the shooting simply is not there. I’d expect the Clippers to use him in a fairly limited role throughout the season (barring injuries, of course) and that sounds just about right to me. What the Clippers picked up is a safe middle ground player that doesn’t excel at either offense or defense, but will be able to slot into most matchups without crumbling and giving away too much.

4. What was the sense you got of Ky as a teammate/person? Was he well-liked by others, did he seem particularly competitive or fiery, etc?

He seems extremely cool, but what do I know? As a bench player, he did everything right with the Warriors: I have absolutely zero complaints. From willingly stepping into starting whenever asked, to getting benched for long stretches without comment, you could see that Bowman was a guy that would do whatever he could to get a shot.

As you probably know, Golden State did a whole lot of losing last season, but Bowman never seemed to lose hope, or get visibly discouraged playing on a bad team. He’s no Kent Bazemore, but you’ll know him on the bench as one of the loud ones that will be hopping around and rooting hard for the team.

5. Is there anything else on or off the court particularly intriguing about Ky?

I really want Bowman to stick in the league. He’s disciplined on both sides of the court, sneaky athletic, and as I alluded to in the paragraph above, seems like a fantastic teammate and person. The problem is really his shot. You cannot be an undersized guard that doesn’t manufacture a lot of assists or shoot well unless you are an extremely dynamic defender or exceptional in some other way. Even Beverley, a guy who is seen as a “defensive specialist,” shoots significantly better (38% from deep on his career) than Bowman.

But look at Bowman’s shot. He looks like he should be a better shooter than 30%.

He’s athletic, has a 6’7” wingspan, and can serve as your primary ball handler. That should be enough for your 3rd string, but he’s got to re-discover his outside shot (he shot almost 45% on 4.3 attempts from deep per year once as a college player.

Another area that deserves watching will be how well Bowman thrives on the Clippers. Remember that when you are looking up Bowman’s NBA stats, you are seeing a single season of sucky Warriors basketball. Bowman will be best served playing alongside stars and within an offensive system that fires off a lot of weapons.

I really hope he succeeds, because he is a very easy player to root for.

Thanks so much to Duby for his insight in this Q&A on Ky Bowman, and be sure to check out Let’s Go Warriors!