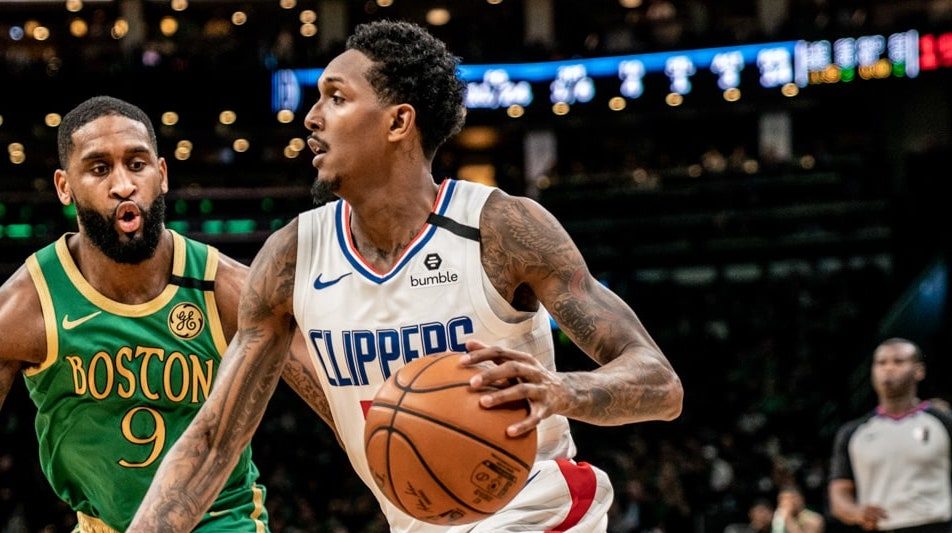 In another thriller, Celtics outlast Clippers, 141-133

Just after the tip, the Clippers found themselves up 7-0; that is, however, until Celtics Guard Marcus Smart went on a personal 10 point run. This set the tone for what would be a back-and-forth first half, which saw 13 ties, seven lead changes, and no team lead by more than 7. The TD Garden was full, per usual, but was exceptionally passionate throughout the night.

I should note that Doc went with Landry Shamet to start instead of Lou Williams, who started against the Sixers, likely to match the Celtics’ wing threats. Moreover, Jaylen Brown was a late scratch for the Celtics due to his calf injury and an illness. Rodney McGruder joined Lou as the second guard off the bench, but he was less than effective. Paul George went down in the second quarter in what was revealed to be a re-aggravation of his left hamstring strain and did not return.

Through two quarters, the Clippers were led by Kawhi Leonard’s 17 points and Montrezl Harrell’s 16. For the Celtics, Smart (12) was joined by Jason Tatum (15) and Kemba Walker (13). Overall, the Clippers found themselves down 2 at the half (60-58), despite out-shooting the Celtics from the floor. Once again, it was their opponents’ three point shooting that kept them ahead.

The start of the second half went so poorly that Doc called a timeout just 50-seconds in. Although the Celtics led the entirely of the third quarter, however, the Clippers were once again able to finish the frame only down single digits (91-87). Walker and Tatum continued to score for the Celtics, while Landry Shamet had 10. Interestingly, Doc decided to go with Amir Coffey as his second guard off the bench, instead of McGruder, and he held his own.

But this rock fight would turn into an instant classic in the fourth quarter and beyond. The Clippers again trailed the whole quarter, but were able to get back into the game largely on the back of Lou, who had 15 points. Marcus Morris, however, was who came up with the clutch three with 46.8 seconds left to tie the game at 114. The Clippers then had a chance to win in regulation after a Marcus Smart turnover, but the Celtics were able to force Kawhi into an offensive foul after a timely double team. Overtime was sealed with a Kemba Walker missed jumper as time expired (Amir Coffey came up with the clutch defense, if you ignore the potential foul that was ignored by the refs). This wouldn’t be the last non-call that affected the outcome of the game.

The first overtime likewise ended with a clutch Clippers three, this time delivered by Shamet, following a coulda-woulda-been-four-point-play by Lou (Scott Foster, of course, insisted on overturning the call on the floor.) For the Celtics, Tatum emerged as the star of the night, scoring eight in OT1 and flatly outplaying Kawhi (who only had two points combined in between both overtimes). He would finish with 39 on 14-23 shooting.

Going into the second overtime, it was clear that the Clippers were gassed. Montrezl had been on the floor for what felt like an hour without a break and the Clippers just couldn’t get enough stops. They ended up getting outscored in OT2 by 8, with Hayward hitting a big three and bagging four free throws to officially break the Clippers.

Lou Bounces Back: After going 5-15 from the field in Philadelphia, Lou had a huge game tonight. He ended with (a double-overtime inflated) season high of 35 points, along with 8 assists, 6 rebounds, and two blocks (per the Clippers, this was the first time a player has posted such a line since they started recording blocks in 1973-74).

Paul George’s Injury: According to the Clippers — reported to us by Andrew Grief of the LA Times and others — Paul strained his left hamstring — the same one that forced him to sit early this calendar year. Luckily, he will have some time to rest with the upcoming All Star Break. As we saw tonight, Kawhi alone with this roster isn’t enough against other elite teams, so we’ll need him fully recovered for the last two or so months of the season.

Amir Coffey earns minutes: The Clippers have tried McGruder and the-now gone Jerome Robinson in the fourth-ish guard spot, but haven’t found a definitive answer. Of course, we’d rather have Beverly and George healthy, but we saw some encouraging minutes from Amir on defense tonight.