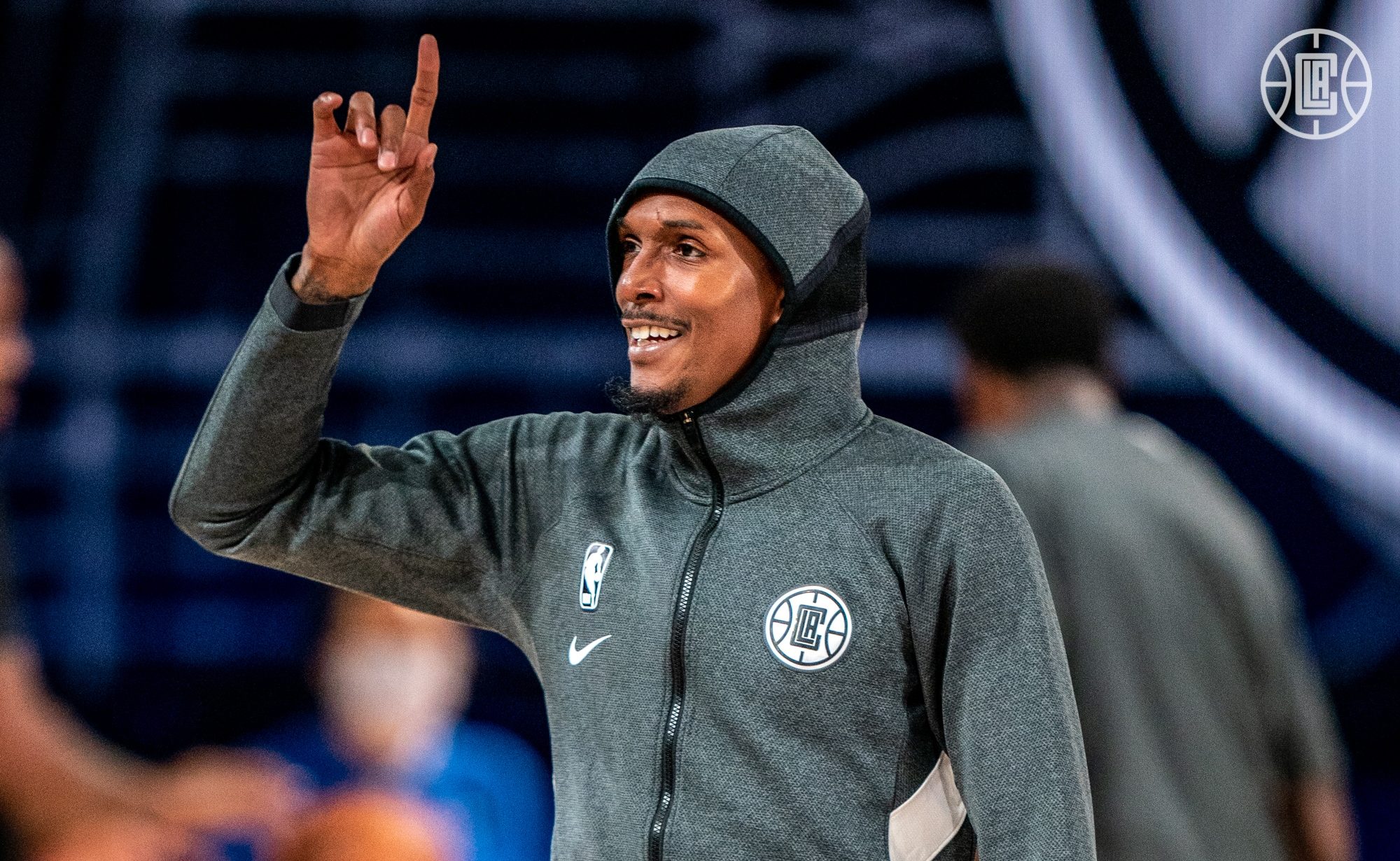 Five Things to Look Forward to in Game 7

Despite being up 3-1 in the series at one point, the Los Angeles Clippers Western Conference semifinal clash against the Denver Nuggets has taken yet another twist. With comeback victories in games five and six, Denver has battled back to force this series to a seventh game. As the favorites, the pressure is on the Clippers to win this game. They’ve had numerous chances within the past week to finish off the Nuggets, but just haven’t done it. LA came into this season with championship aspirations, and now are facing their toughest test yet. This will be Denver’s second winner-take-all game in as many rounds as they have continued to show no quit. With their brilliant shotmaking, they have pushed the Clippers to the brink. There have been many storylines developed over the first six games so as we head towards the finale, here are five things to look for in Game 7.

It’s been a tough series for Montrezl Harrell. The Nuggets have picked and gone at him on defense, creating a big decision for the coaching staff in terms of how many minutes to play him. Harrell was a whopping -19 in game six and hasn’t recorded a positive plus/minus since game one when he dropped 15 points. Denver just continues to go at him when they have the ball, especially when he’s matched up against Jokic.

The Nuggets running a Murray-Jokic pick and roll is forcing Harrell to choose between cutting off the drive from the ball handler or chase the roll man when he pops out to the three-point line. He’s caught in no mans land and in the times where LA switches, he can’t seem to stay in front of Murray. Harrell brings a lot to the Clippers in terms of inside scoring and energy, but he’s been a major net negative when on the court during this series. Against Denver, the Clippers have a defensive rating of 108.2 and a paltry offensive rating of 96.9 (net rating of -11.3) when Harrell is on the court. This completely changes when he is off it, as the offensive rating jumps up to 116.7. The defense doesn’t have that drastic of a change but it does fall to 104.5 which gives a net rating of 12.2, the highest of any Clipper when they are off the court. While Harrell might not be directly responsible for the big difference in the on/off numbers, it does show that he is a bad matchup against Nuggets, especially when Jokic is on the court.

In the playoffs, every substitution and lineup combination is key. Having the wrong lineup out on the court or sticking with one that isn’t working for too long is the recipe for disaster. Doc Rivers and the coaching staff now have a decision to make when it comes to lining up Harrell’s minutes and how much they play him. He has played 19, 17, 21, 18, 15, and 15 minutes in the series six games so far. If LA wants to maximize his value against Denver, he can’t be out there for too long or at all against Jokic. The Clippers can’t afford to go through those defensive sequences again, as it will result in them leaking points. One storyline to watch for game seven will be how many minutes LA gives Harrell and when in the game they do so. Putting a guy in for too long or waiting till too late to make changes can be disastrous, as one bad run can mean the difference between advancing or going home. LA needs to be cautious as to how they approach their rotation minutes, especially with Harrell.

Along with the play of Jamal Murray and Nikola Jokic, Michael Porter Jr. is another member of Denver’s core who has put up some stellar performances in this series. He recorded a double-double in game three and despite only scoring seven in game five, he still made a difference. Porter Jr. knocked down a clutch basket in the waning moments to extend Denver’s lead while also coming up with a key block on Ivica Zubac as well. During game six, Porter Jr. was again a decent contributor off the bench with 13 points on four of seven shooting while chipping in seven rebounds. If he can shoot efficiently in game seven, he will again be a problem for the Clippers.

He’s given LA’s bench unit fits on defense with his shot-making and size. At 6’10, MPJ offers Denver another forward who can take advantage of mismatches when the opportunity presents itself. If he has the size advantage, he can drive into the lane towards the rim, and his ability to shoot off the dribble has come into play against bigger defenders who aren’t as quick.

He’s a guy who once he gets hot from the field, can torch any defense in front of him. LA has to continue to keep forcing him to take contested jumpers and live with the results. Porter Jr. is a threat to score anytime Denver is on offense and also is a big body who will fight for rebounds. What they cannot do is give him matchup advantages during the times when both reserve units are out on the court. While LA surely has to focus on stopping Jokic and Murray, they have to continue to be wary of Porter Jr. too. He has made some ridiculous shots in crunch time during this series and could be a pivotal figure in game seven.

There is no doubting the offensive impact Kawhi Leonard and Paul George had during game six. The duo combined for 58 points and stuffed the stat sheet all around. But the problem wasn’t their lack of scoring, it was how they got it. Leonard went eight of 18 from the field while George shot nine of 21, which equates to shooting percentages of 44 and 42 respectively. These numbers combined with the lack of offense from the rest of the Clippers starters was the main reason behind the team shooting 41 percent from the field as a whole. While it’s certainly great to see two of your stars get their points and lead the team in scoring, it has to be done efficiently. If not, then possessions are being wasted and the right shots are not being sought nor taken. This doesn’t mean Leonard and George shouldn’t be taking the reins of the offense when they are on the floor. It indicates the duo shouldn’t be forcing anything and LA needs to continue to find ways to get them easier shots.

With the season on the line, game seven is going to be tense and possessions will be at a premium. The Clippers are going to put the ball in the hands of their two best players and let them go to work offensively. Leonard and George will certainly have ample opportunities to get their points. We have seen from both, especially Kawhi, that they can have big offensive nights while being efficient. If they are working from the field, it opens up the floor for everyone else. Catch and shoot opportunities for others will be there when the defenses collapse on either Kawhi or George. It’s just a matter of not taking bad shots, which may mean sometimes passing it off to someone else and calling plays to get them the ball with space to operate.

It was a disappointing game six for Patrick Beverley, as he only scored a mere two points and fouled out early in the fourth quarter. There is nothing wrong with Beverley being aggressive on the defensive end: his willingness to hound opposing guards is part of what makes him a great perimeter defender. But there are times where you just cannot afford to get a foul called on you, and yesterday was one of those moments. Beverley getting into foul trouble had numerous effects, as it scrambled the Clippers rotation along with taking away someone who could match up against Murray. He is by far LA’s best defensive point guard, and him not being on the floor during key moments is a huge loss for the Clippers. The lack of replacements in terms of defensive guards leaves them open to their opponent’s lead guards having a field day offensively. This was on display during the Mavericks series, and is happening in this one as well. When Beverley isn’t on the floor Denver attacks whoever the point guard is for LA, whether it’s running them through a PNR or having them go isolation against Murray.

For game seven, Beverley needs to do a better job of staying alert when it comes to picking up fouls. He has to find a balance between forcing Denver’s guards out of their offensive comfort zone and being cautious. Otherwise, he’s going to be sitting in situations where he should be out there. The fewer minutes Beverley is out there, the more strain it puts on the rest of LA’s better defenders to pick up the slack.

Shutting the Door on Opponents

If the Clippers lose game seven, they surely will regret the ample missed chances they had to end the series. They were up 15 points in the third quarter of game five and were up by as much as 19 in game six but still couldn’t finish the job. They have suffered brutal cold stretches from the field after getting these huge leads. They scored a mere combined 34 points in the second half of game six, a major contribution to their collapse. To the Nuggets’ credit, they have generated big scoring runs in these games, and have never backed down when facing a huge deficit.

In the playoffs, you can’t let teams back into it. All it takes is one comeback to flip the momentum of a series and put the other team in a bind. When a team looks to be done and out, you have to keep pushing and not let up. Denver has shown that all they need is a couple of shots to go through the hoop to start believing. If the Clippers get another big lead tomorrow, they have to keep their foot on the pedal and keep attacking the Nuggets defense. They can’t let Denver back into the game cause if the lead starts to get trimmed, then the pressure will really be turned on LA.

Continuing to be aggressive offensively is a way to keep Denver off their heels. If the Clippers have learned anything from the past week, it’s that the Nuggets or anyone they face are never truly out of it if given a chance at redemption. When the contest looks to be teetering on the brink of becoming a blowout, LA needs to shut the door on any hope of a comeback. Leaving the door open always leaves a chance for another game to end in heartbreak and disappointment.

Well, those are five things I will be looking forward to in Game 7. Leave comments below on what other crucial matchups or performances will be most important to you. 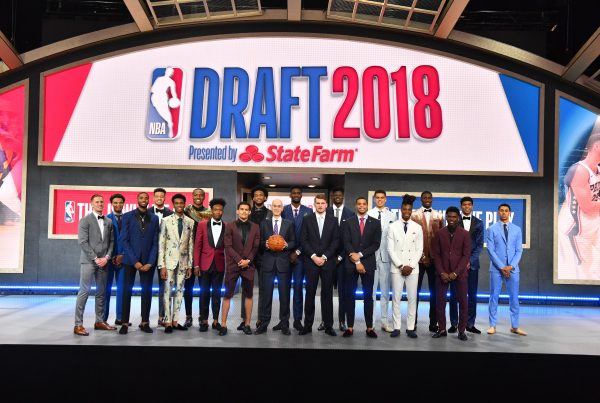 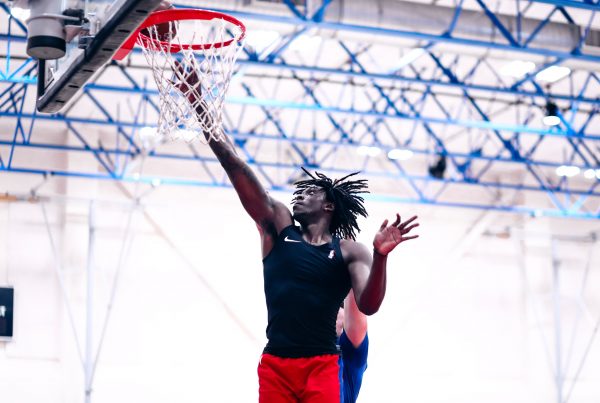