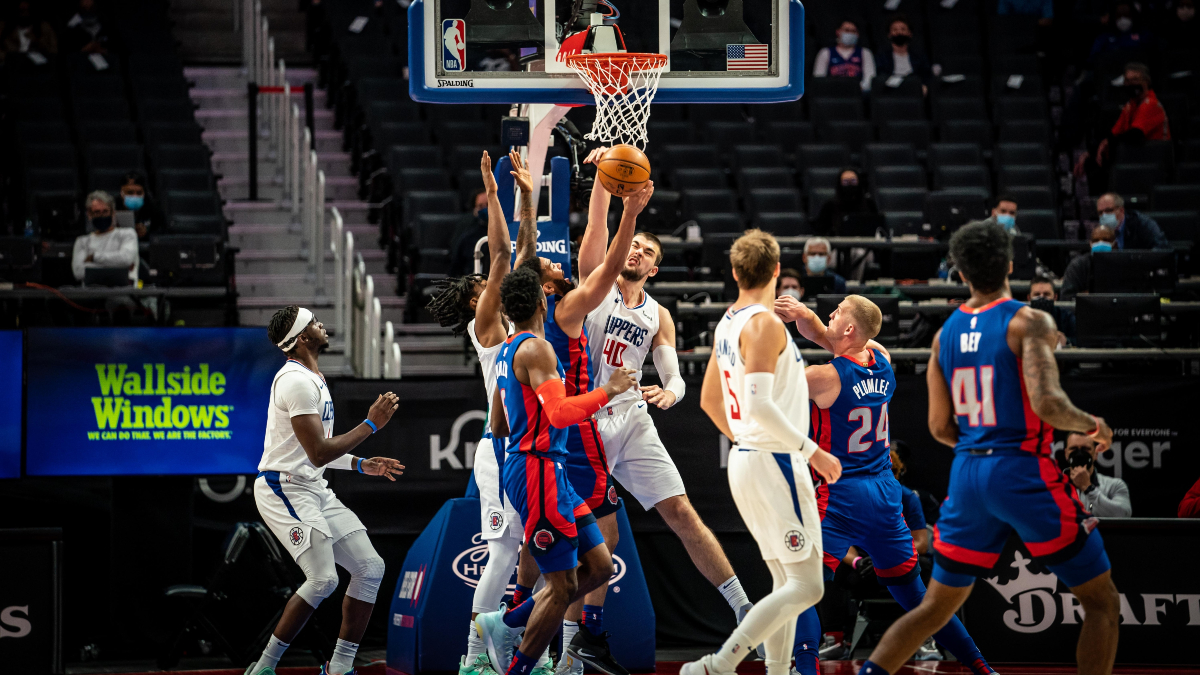 The Clippers made their last roster move today by waiving young big man Harry Giles. This, in turn, solidified the spot of Isaiah Hartenstein as the last player (and third center) on the Clippers’ roster.

This move was not a surprise. While the Clippers liked Harry Giles a lot, and he was fine in preseason, Hartenstein thoroughly outplayed him in preseason, and has also been a better and more impactful NBA player during their years in the NBA. Really, Hartenstein is good enough that him having to even compete for a roster spot was a bit of a surprise – he apparently turned down guaranteed money to play for a contender like the Clippers.

Hartenstein’s rim protection and passing make him an excellent third center, and a fully capable backup with the right lineups. His lack of shooting and offensive creation should be masked in a shooting-heavy Clippers’ second unit, while his similarities to Ivica Zubac as a defender means he should slot right into the Clippers’ schemes on that end.

Serge Ibaka has progressed to 5 on 5, per Ty Lue, which means that his return should not be too far in the future. He’s working on his conditioning and getting back into full game shape, but the back injury has been fully recovered from. Even so, Ibaka will certainly miss a few games, and considering how much the Clippers missed him in the playoffs last year, it’s very possible he gets load managed throughout the season to conserve him for the playoffs. Hartenstein will get plenty of opportunities to play, and his fouling issues will matter a lot less when the Clippers are fully healthy.

As for Giles, this is another unfortunate setback in a career that was so promising just a few years ago. With Hartenstein outplaying him, the hope for him to make the roster was for the Clippers to waive one of Jay Scrubb or Amir Coffey as two-way guys, sign Hartenstein to the open slot, and then bring Giles in on the full roster. However, he didn’t impress enough for the Clippers to waive one of their prior two-way players, so he will move on.

Good luck to Giles, a great guy and personality by all accounts, and welcome to the Clippers, Isaiah Hartenstein!