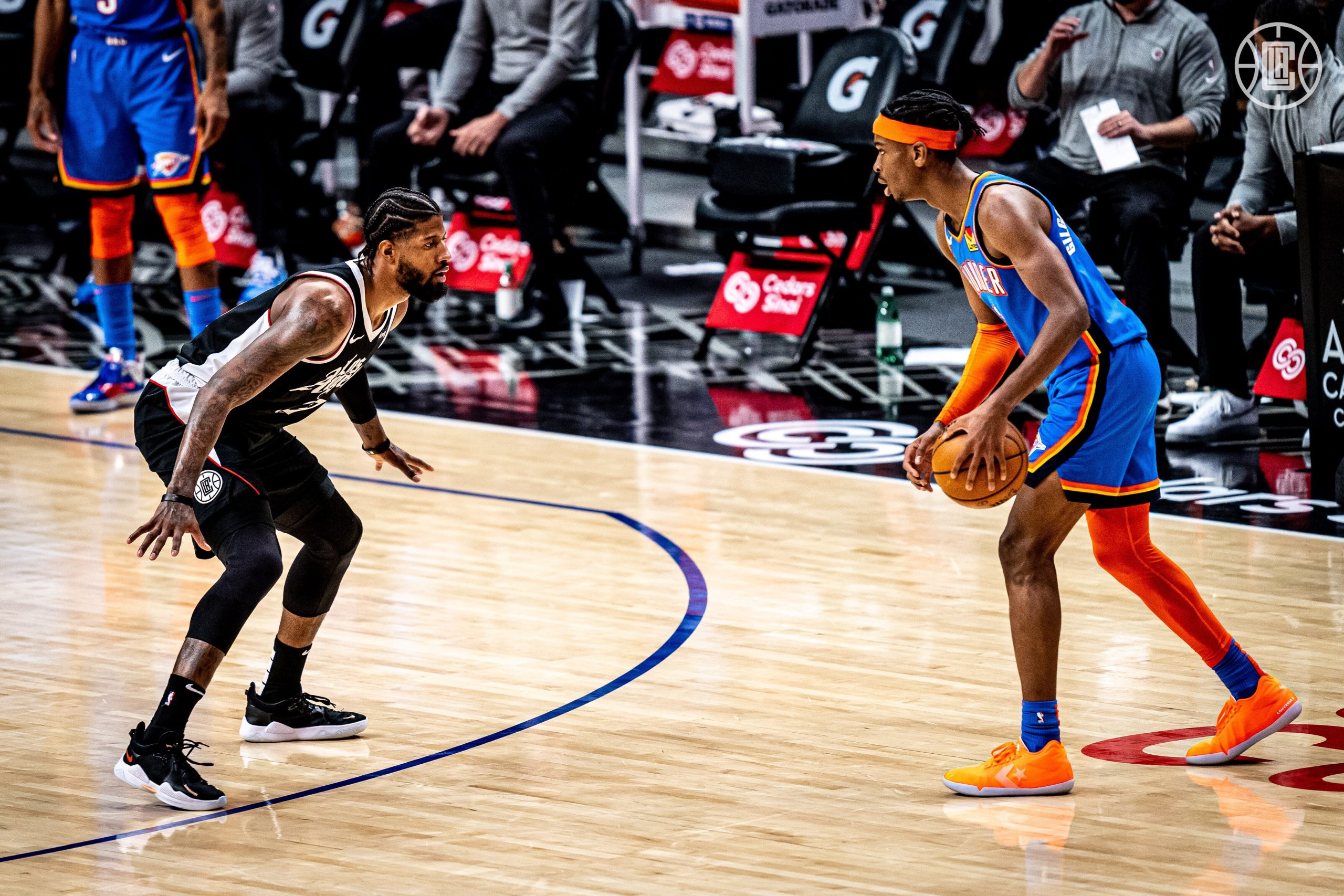 The Los Angeles Clippers leave California for the first time on Tuesday, heading over to Oklahoma City to take on the Thunder. Check out our preview below.

After playing three Pacific Division rivals to start the season, the Clippers get a chance to bank some wins over the next two weeks—starting with this game against the Thunder. The Thunder come into this two-game mini series with the Clippers 0-3, and the predominate narrative is that this is another “throw away” season, as the team presumably angles for a 14% chance to land Victor Wembanyama in next year’s draft.

The Clippers, on the other hand, will have the incentive to make this the first “easy” game of the season—not just win. Whereas their first three games took full-game efforts (save for the last three minutes of Sunday’s game against the Suns), the Clippers’ talent advantage presents the opportunity to put the game away early, so Kawhi, Reggie, and Wall can comfortably play under their minutes restrictions.

Other than Lu Dort, the Thunder do not have anyone on their roster who can reliably and consistently guard any of the Clippers’ five or six best players. So long as the Clippers keep turnovers to a minimum and focus, Clippers Nation should be very optimistic about this game.

Regardless of talent, this is still the NBA: Any team can beat another on any given night. Moreover, the Thunder, so far, are tied for fourth in rebounds per game. Even though it’s based on a small sample size, the Clippers are eleventh and have had rebounding issues for the last few seasons.

Plus, the Clippers have had their fair share of nightmare games in Oklahoma City—even when they’ve been the much better team on paper. If the Clippers are a serious team, they need to feast on these young, inexperienced teams.

As always, check out The Lob The Jam The Podcast and Clips ‘N Dip for analysis throughout the week, and follow us on Twitter to watch the game with us!