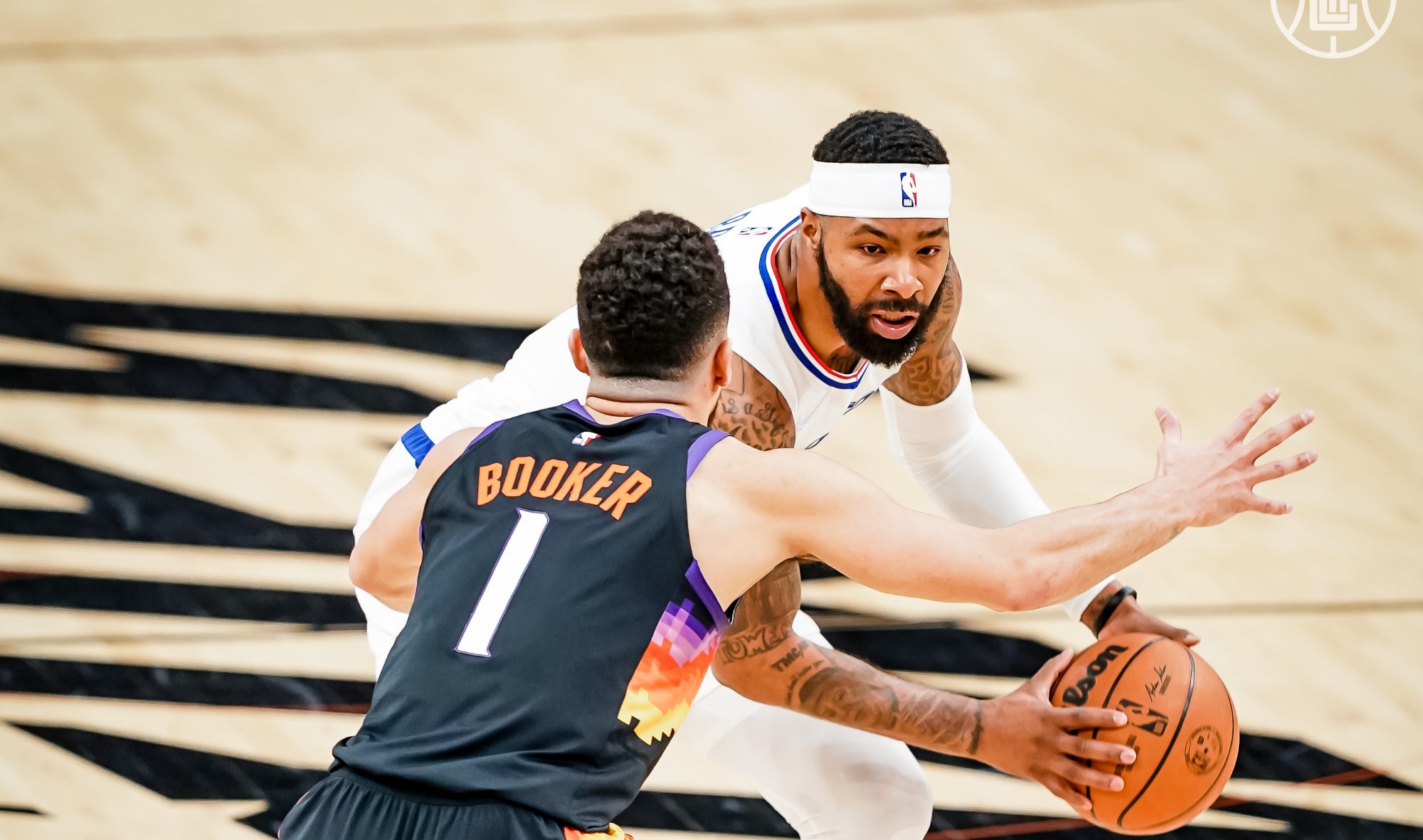 The LA Clippers will have their Crypto.com Arena home opener on Sunday evening against the Phoenix Suns. Keep reading for a full preview of the Clippers’ third game of the 2023 season against the Suns.

Suns: Jae Crowder out (not with team), Landry Shamet out (left hip strain)

The Clippers may not have played their A-game in either of the first two games of the season, but they are 2-0 nonetheless. The second win came on the road against a surprisingly good Kings team and without Kawhi Leonard and John Wall. Both should be back in the lineup against the Suns.

Despite the somewhat uneven play, the Clippers have shown some good things in these wins. They’ve gotten stops when they needed to. Both games have come down to the wire despite the Clippers building double-digit leads in each, and they’ve came up big defensively to secure the wins. Against the Lakers it was the starters who pulled the team through. Against the Kings, the duo of Robert Covington and Nicolas Batum came up big. The beauty of this Clippers team is that there are so many different guys that can step up on any given night.

With that said, there are some glaring issues that need to be ironed out as the season progresses. Namely, turnovers. The Clippers have turned the ball over too much, allowing the Lakers and Kings to stay/get back in the game. They also have some possessions where things stagnate offensively. A big part of that is the struggles of Norman Powell, who hasn’t quite looked that comfortable. Powell was supposed to be that consistent third scoring option, sometimes even second on nights like this when Leonard doesn’t play. But he hasn’t looked the part so far.

It’s early in the season though and there are still 80 games to go. There’s bound to be some struggles, but Tyronn Lue has consistently shown he is one of the elite coaches in the NBA and is a master at making adjustments. He’ll get this team settled in.

The Phoenix Suns arrive in Los Angeles 1-1, beating the Dallas Mavericks in their season-opener and then losing on the road in overtime against the Portland Trail Blazers. They also arrive on the heels of some off-season drama. Deandre Ayton didn’t seem all that thrilled that the team matched the offer sheet he had signed with the Indiana Pacers. The team also told Jae Crowder, who has been in an integral part of the team, to essentially stay home as they look to trade him eventually. To top it off, their owner Robert Sarver has begun the process of selling the team after a league investigation into his racist, sexist, and misogynistic behavior, echoing the Clippers own drama in the past with former owner Donald Sterling.

These Suns do not quite resemble the team that the Clippers squared off against in the 2021 Western Conference Semifinals and at one point had a 2-1 lead over the Milwaukee Bucks in the Finals. With that said, they are still a somewhat dangerous team and one not to be taken lightly. They’ve won at Crypto.com Arena before and after a coupe of uneven performances themselves, getting a win against a healthy Clippers team would be good for them early in this season.

-The main thing of note so far is Luke Kennard’s place in the rotation. In seasons past, he’s kind of been a situational type player in that his minutes are often dictated by matchups/lineups. This season, with the depth the Clippers have on their roster, it appeared as if he might be in a similar position in that there may some nights where he might not play much. But if the first two games are any indication, he’s firmly in the rotation and Ty Lue trusts him with fourth quarter minutes of close games. He hit some big shots down the stretch against the Lakers and seemed more comfortable with hunting for his own shot. He also seems to be ahead of Terence Mann on the depth chart for now, even though Mann was thought to be ahead of him going into the season. Kennard has done his job though on both ends of the floor, and Mann will need to take that spot from him.