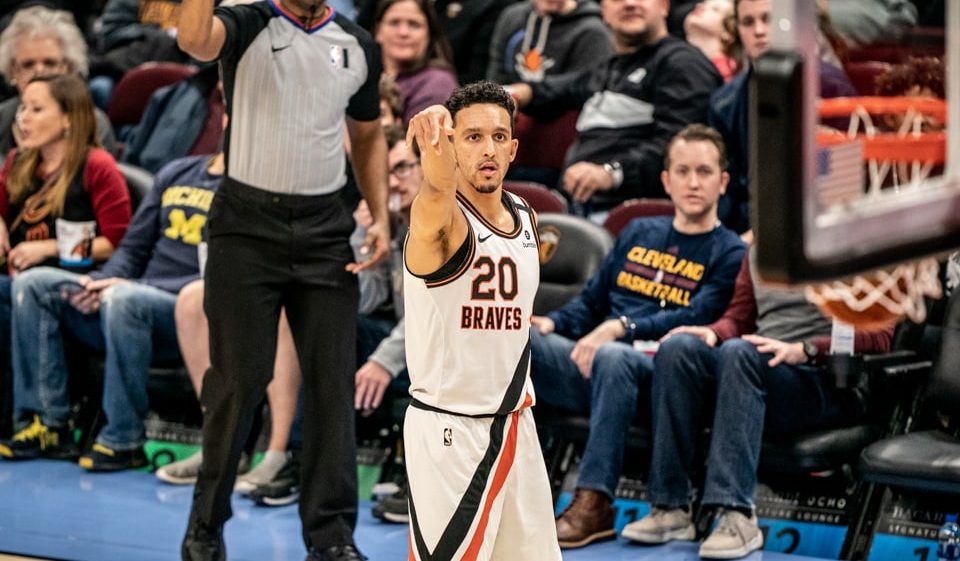 How to Watch/Listen: TNT, Fox Sports Prime Ticket, AM 570

The Clippers continue to mostly take steps forward in February. While they lost badly to the Timberwolves on Saturday, they bounced right back and trounced the Cavs Sunday even without Kawhi Leonard and Pat Beverley. When the team looks right it looks good, capable of devastating opposing teams in many different facets of the game. There have been stretches where the Clips have looked terrifying this season, where they’ve locked in on both sides of the court and trounced their opponents. Unfortunately, such stretches have been interrupted by bouts of uninspired or sloppy play, which have resulted in a handful of losses to far inferior teams. Still, when the Clips try hard, they mostly look great.

The Sixers have had an extremely odd season. Considered one of the favorites to win the championship before the season started, the Sixers have been very up and down (much like the Clippers), mixing in impressive wins with baffling losses (ring a bell?). Philadelphia, for all the complaints about stagnant offense, chemistry issues, and overpaid players, is a monstrous 24-2 at home, the best home record in the NBA, and is a fearsome opponent on a game-to-game basis. Yes, the offense is middling bordering on ugly and depressing. Yes, Joel Embiid doesn’t seem to be having fun this year. Yes, Al Horford is looking somewhat washed. And yes, Ben Simmons remains a coward who refuses to shoot threes. However… the Sixers are huge, and perhaps no teams looks as good defensively as they do when they’re locked in and rotating well. It remains to be seen what this team can do in the playoffs, but the talent level is extremely high, and Alec Burks and Glenn Robinson III should help quite a bit.

Guarding Embiid: Embiid has had his way with the Clippers since he entered the NBA. In his four games against the Clips, Joel has averaged 32.5 points and 16 rebounds per game, his highest average for either stat against any team in the NBA. Ivica Zubac has taken a huge leap forward as an interior defender this season, but he’s still undersized compared to Embiid, and it will be interesting to see how the Clippers handle him. It’s possible Zu starts off in one on one coverage, but I’d guess the Clippers throw a lot of double teams and aggressive traps at Embiid throughout the game to get the ball out of his hands. Even though Embiid isn’t always the most efficient player, he’s definitely the most overpowering presence on the Sixers team, and forcing someone else to carry the scoring burden is usually the best tactic.

Kawhi Returns to Philly: The last time Kawhi Leonard played in Philadelphia, it was the Second Round of the NBA Playoffs, and the Raptors were embroiled in a fierce contest against the Sixers. We all know how that series ended, of course – with one of the most instantly iconic shots in NBA history, made by none other than the Board Man. With that shot, Kawhi became a hero in Toronto forever, while serving as a villain in Philadelphia. He’s likely to receive heavy boos tonight, but that should only act as an inspiration – if I were to guess, I think Kawhi has a big game against his old foe.

Tobias Harris Plays Against Clips for First Time: Tobias Harris was a big part of the Clippers over the 2018-2019 seasons, and was involved in two huge trades that helped get the Clippers to where they are today. While the Clippers liked Tobias, they didn’t want to pay him the contract that he was set to receive last summer – and it’s looking very smart to have been on that side of the fence. While Tobias is legitimately very good, he’s not a max player (he’s unlikely to ever make an All Star game), and the Sixers paying him like one is already weighing them down. He was a fun, good, and likable player without whom the Clippers would not have made their run last year, and it will be good to see him again, even on the road. Tobias will have something to prove as well, and he could be in attack mode tonight too.