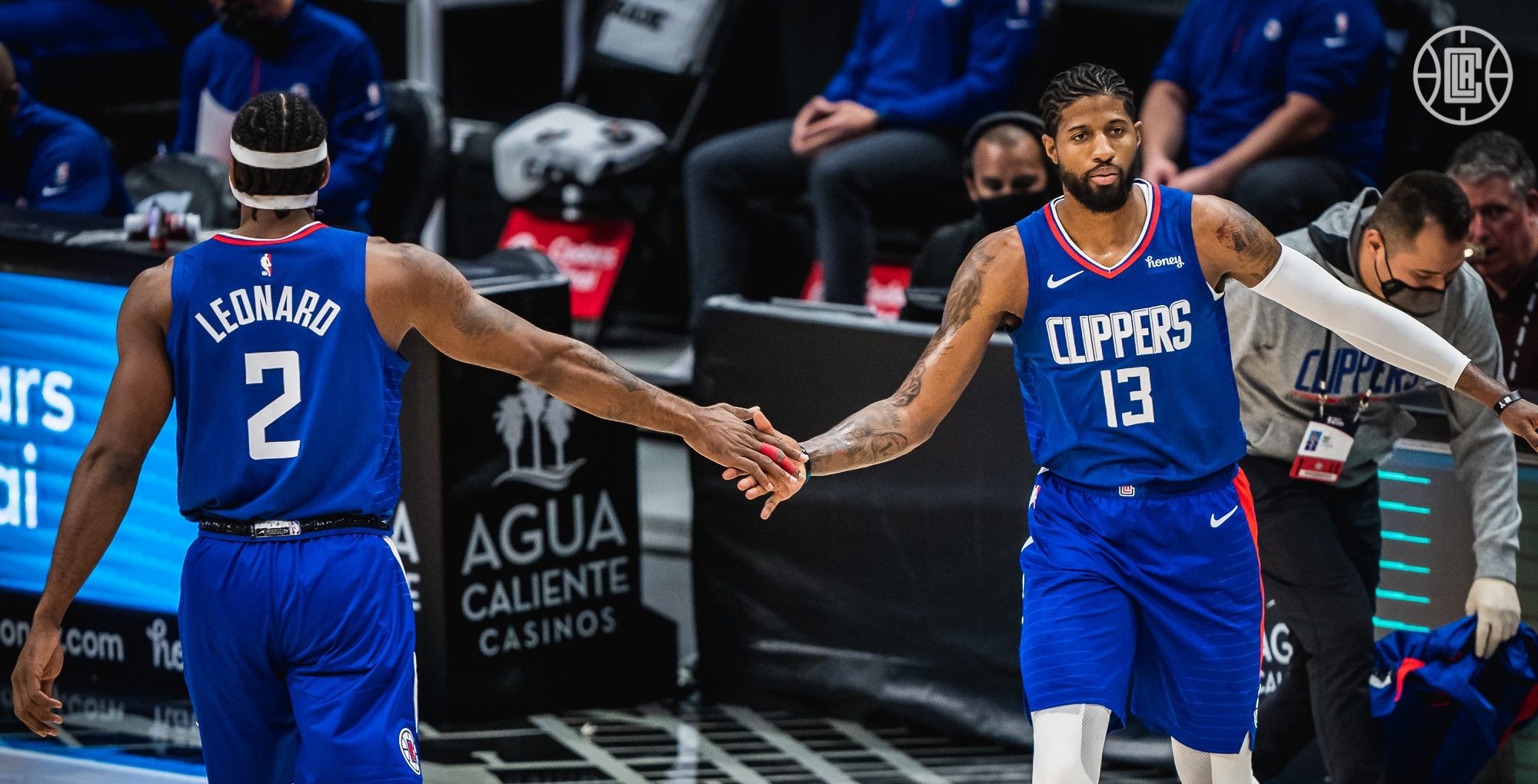 The Clippers ended their three-game losing streak by defeating the Toronto Raptors 105-100 in a very ugly game. Without further ado, let’s take a look at the Clippers player grades that each individual earned against the Raptors.

Reggie Jackson: B+. “Less is more” — a phrase that Reggie should live by when on a basketball court. Last night he was great in that regard; he took nine threes which were mainly in catch-and-shoot form, cut back on his over-dribbling as the game proceeded, and thrived in his role as the off-guard. Reggie helped bring the team home offensively during that fourth quarter, but he sneakily was good on defense as well. He was targeted in both the post and on the perimeter but he fought hard and didn’t give up any easy looks. He finished the game with 18 points, 5 rebounds, and 5 assists while turning the ball over zero times. Good Reggie.

Paul George: B+. Like a seasoned vet, PG picked his spots — he opened the game in attack mode by getting downhill to the tone of two dunks and an and-one layup. But then he was pretty quiet as he played just three and a half minutes in the second quarter and had an average third. However, he came back to life in the fourth by offering a variety of impressive plays — highlighted by a block-three-charge sequence that changed the momentum of the game. From that point on, the Clippers built and maintained the lead until the final buzzer. Overall, this was a fine bounce-back game after probably his worst performance of the season against the Nuggets.

Kawhi Leonard: B. Kawhi’s return game against the Nuggets on Saturday was a “feel-it-out” game where he picked his spots and approached his minutes cautiously. As a result, he only got up 12 shots in his 30 minutes and was largely on cruise control. The production again was down against the Raptors, but it wasn’t from lack of intensity or aggression. His 13/3/5 line was unimpressive on paper, but Toronto doubled the post and blitzed pick-and-rolls which kept forcing the ball out of his hands. To Kawhi’s credit, he played a mature game — he didn’t force shots, made all of the right passes, and trusted the process, which was why he ended the game as a plus-20. I’m not sure we see that acceptance from Kawhi in previous years, so it’s great to see him putting the team first.

Marcus Morris Sr.: A-. For the majority of the game, you could argue that Mook was possibly playing the best ball of anyone on the Clippers. It seemed that he was always there to deliver a big shot when a deficit was in danger of increasing, or when it needed to be cut. He was very steady with his shot selection and the timeliness of his input was appreciated. Credit to him for answering the call after a nearly invisible performance against the Nuggets. Morris Sr.’s 22 points were tied for the team’s best as he shot 8/11 from the field and 4/5 from distance.

Ivica Zubac: B+. It was nice to see Zu put some guys in the rim for the first time in what feels like forever. The energy and effort were there, as always, and I thought he made a huge difference offensively. While Boogie offers more shooting and is a better passer out of the post, this game called for Zu’s decision-making out of the pick and roll. Kawhi and PG were being doubled off of screens all night and Zu’s threat to finish at the rim caused the defense to rotate — which allowed Zu to make some excellent passes to beat the defense. When his passing made Toronto re-adjust, Zu finished at the rim for some nasty posters. The game changed when Zu was reinserted in the fourth quarter and that deserves some praise.

Rajon Rondo: C-. We finally got our version of regular-season Rondo that many had assumed we’d get when he was acquired. Both Reggie and Pat Bev were clearly the better options on this night, and the Clippers were able to function a bit better as Rondo exited the court later in the fourth quarter. What makes Rondo great is that he is able to outthink most coverages and get to spots that allow him to create offense. Well, the Raptors closed the lanes and mucked up the game in a way that permitted Rondo from being able to operate — and once it was clear that his three wasn’t going to fall he was pretty useless on offense. Also, this was probably one of Rondo’s worst games on the defensive end of the court. We know he loves to gamble a lot, but he lost those gambles quite often last night, which led to open threes at the end of possessions. This was not the national TV Rondo that we signed up for.

DeMarcus Cousins. C+: Boogie got out of the gates fast but looked like a third-string center from that point on. He competed hard, as he usually does, but I honestly don’t remember too much more about his performance. He didn’t seem to have been getting attacked or abused on defense and he wasn’t bad on offense. However, the Clippers just had noticeably better flow when he was off the court — so for that, he earns a C+. Boogie finished with 7 points, 6 rebounds, and 1 assist in 14 minutes.

Nicolas Batum: B. As the first half concluded, I was prepared to write about how bad Nic was on defense. But after being bad in his 1-on-1 possessions and losing sight of his man on the perimeter, Batum came alive in the second half. He had an immediate deflection that led to a fast-break layup. He followed that with a wing three-pointer and then dropped the hammer on DeAndre’ Bembry at the rim. Nic’s 7 points, along with some defensive activity and second-half production, ended up being important in the Clippers pulling out a win.

Patrick Beverley: A. Welcome back, Pat Bev! He only played 15 minutes but he looked damn good in that time. His usual three-point production was there, but what was great to have back was his quick decision-making on offense. We’ve grown accustomed to guys like Rondo and Reggie Jackson holding and dribbling the ball a bit too much, but Pat was catching and driving quickly — which led to some fluid offensive possessions. His hand didn’t look to be bothering him or holding him back, and that’s a really good sign. Great to have him back on the court.

Terance Mann played 6 minutes but had an empty stat sheet, while Daniel Oturu, Patrick Patterson, Luke Kennard, and Yogi Ferrell received healthy DNP-CD’s. Amir Coffey missed the game due to the NBA’s health and safety protocols, and Serge Ibaka remained out with a back injury.