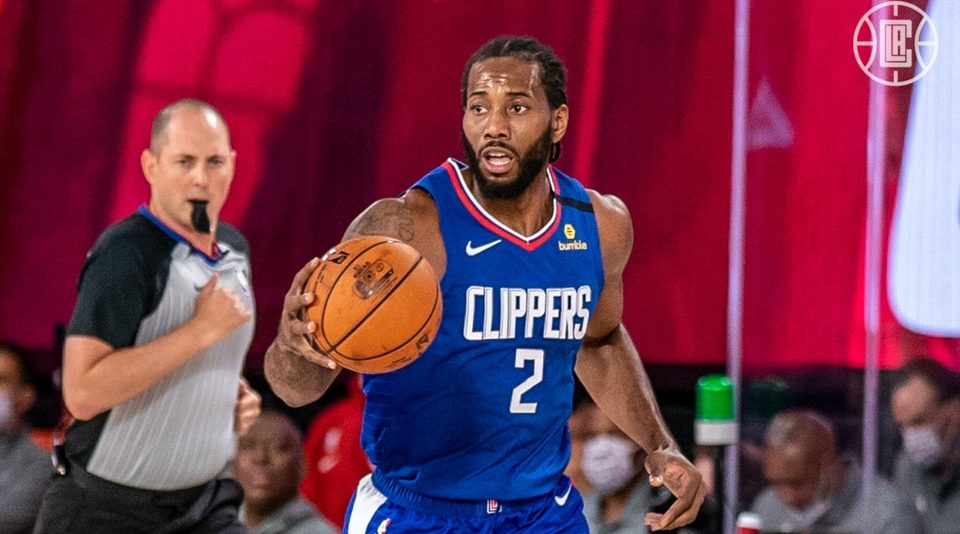 The Clippers took a 2-1 series lead with a fantastic performance in Game 3, and can bring the Mavericks to the bring of elimination with a win in Game 4.

The Clippers took Game 3 with by far their most complete effort of the playoffs thus far. After a close first quarter, they took a double-digit lead in the second, and essentially controlled the game the rest of the way. Their efforts were sparked primarily by changes in rotations and strategies by Doc Rivers and the rest of the coaching staff, who made nearly every change wanted of them by fans. The way the game was won made fans more confident than the Game 1 victory, as things happened which seemed sustainable.

Most importantly, Kawhi Leonard looks like the best player in the NBA. There are other players with arguments to the claim (Giannis Antetokounmpo, most notably), but Kawhi has been dominant through three games, and Game 3 was his best so far. He’s been aggressive on offense, utilizing his strength and quickness to get wherever he wants on the court and muscling defenders out of the way. His shot, unlike his counterpart Paul George, has been on point, and the Mavericks simply haven’t been able to bother him. Kawhi’s defense has been a little shakier, but it improved greatly in Game 3, and considering that the Clippers can virtually put the Mavericks away in Game 4 with a win, expect him to come out sharp.

The other two promising signs were the play of Landry Shamet and Ivica Zubac. Shamet had one of his fines games as a pro, making extremely good decisions on offense (end of game three aside) and playing solid defense. The latter is most important, as it’s something that previous starter Reggie Jackson has proven incapable of. However, the biggest difference in the Clippers’ improved defense was playing Ivica Zubac 30 minutes instead of 18. He’s a fantastic rim protector, and putting him on Dorian Finney-Smith to allow him to help on Luka Doncic drives was a stroke of genius by the Clippers’ staff. He was dominant on defense, contributed on the glass, and chipping in 15 points on highly efficient shooting. In short, he fully earned 30+ minutes per game going forward, and hopefully he receives such.

Playing Zu and Landry more and limiting the minutes of Montrezl Harrell and Reggie Jackson should improve the defense significantly. Combine that with Kawhi Leonard’s play, the inevitable bounceback of Paul George, and the Clippers’ other weapons, and you have a very good and well-balanced team.

The Mavericks have played well in this series. Their losing Game 3 didn’t have much to do with them (outside of Luka’s injury), and was more about how well the Clippers played. In particular, the Mavs’ bench continues to scorch, led by Trey Burke and Seth Curry. The Clippers have had no answer for the smaller guards, and if Doncic does sit out in this one, the Mavericks will surely give both those guys far more minutes. Maxi Kleber is putting up a good fight against Kawhi, despite Leonard’s numbers, though his poor shooting has cost the Mavericks badly. Kristaps Porzingis hasn’t had a true breakout game, but his shooting has been a factor in the series, and the Clippers have to be sure to keep a lid on him going forward.

However, this Mavs team is powered by one engine, and that engine had a malfunction in Game 3, as Luka Doncic came down hard on his ankle and twisted it badly. He checked back into the game a few minutes later but clearly didn’t look right. With a fairly short turnaround, it’s an open question whether he can play in Game 4. The Mavericks have actually outscored the Clippers in non-Luka minutes in each of the first three games, but that has more to do with the poor lineups facing them than any “Ewing Theory” going on. Without Luka, the Mavericks have nobody who can consistently create looks for others (outside of maybe the little-used JJ Barea or the shooting-averse Delon Wright), and that’s an issue over 48 minutes. If he can’t go, or is limited in any way, the Mavs’ offensive ability will be greatly damaged.

Benching Reggie: In our pod yesterday, there was a bit of a disagreement regarding what to do with Reggie. Lucas and Tomer thought it was not a good idea to bench Reggie entirely, because of locker room reasons (he’s a veteran who is very close with Paul George) and because he’s the only “true” healthy point guard on the roster. I disagree (insert Uncut Gems gif here). Not only has he been bad, but his decision-making and effort (especially defensively) have been inexcusable, and he does not deserve minutes. As for being a true point guard, the Clippers don’t really need one with Paul George and Kawhi Leonard on the court, and Lou Williams is a far superior passer and playmaker to Jackson anyway. Rodney McGruder is a downgrade as a spot-up shooter, but he’s historically been a fine three-point shooter and is a far superior defender and energy presence. Outside of locker room concerns, I would have no hesitation in transferring all of Jackson’s minutes to McGruder and Terance Mann.

Trez Healthy: While I am firm proponent in playing Ivica Zubac more than half the minutes at center, it was good to see Montrezl Harrell look more like himself yesterday. He had several classic Trez plays where he got easy scores or fouls in transition by outhustling everyone down the court, and got a couple bully buckets too. He was effective on the offense end, and that’s what the Clippers need. His defense was not good (though it rarely is), but limiting his minutes against Boban helped. As long as he doesn’t play with both Reggie Jackson and Lou Williams at the same time, his defense probably won’t be too egregious. The Mavericks will need to play Kristaps more in Game 4 if Luka can’t play, which means the Clippers can also use Trez a bit more as well.

Paul George Struggling: The Clippers might not need Paul George to play at an A-plus level to win this series, but they do need him to turn around sooner or later (certainly by the Conference Finals, if they get there). He contributed on defense, as a rebounder, and as a playmaker in Game 3, but once again was hesitant attacking the basket and was ice cold as a shooter. It’s fine that he’s missing shots – it happens to everyone. However, his lack of drives to the rim to score around the basket or get to the line is less acceptable. Everything else he does is nice, and speaks to George’s efforts and overall talent, but the Clippers got him to be Kawhi Leonard’s second-in-command, and that means scoring the basketball. If the Clippers can get an early jump on the Mavericks in Game 4, maybe he can relax a bit and get into a groove.

That’s it for this preview of this Game 4 showdown between the Clippers and the Mavericks. Comment on the game below, and stay tuned on Twitter for injury updates regarding Luka Doncic and Patrick Beverley.