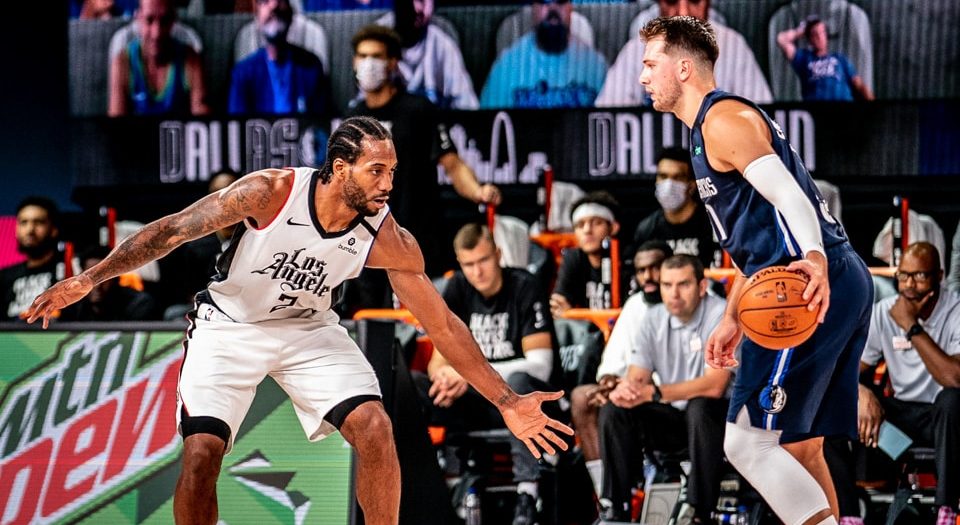 Yes, the squad lost the first two games of the series and flushed home-court advantage down the toilet.

Yes, the squad as a whole has not played up to their abilities or expectations.

No, all is not lost.

Here is your game preview for Playoff Round 1, Game 3 between the Clippers and Mavericks.

Let’s not sugar coat it, the LA Clippers are in a pickle. Down 2-0 in their first round match-up against the Dallas Mavericks, the Clippers have lost home-court advantage and find themselves in a must-win situation on the road. Do they have what it takes to pull themselves out of this hole?  Or are they destined for another embarrassing playoff exit?

Luka Dončić has absolutely destroyed the Clippers so far in this series. Wonder Boy has logged 70 points, 18 assists and 17 rebounds over two games for the Mavs, using his size to exploit switches onto smaller and far less powerful Clipper guards. The Clippers’ pick and roll defense has never looked so bad.

The attention Dončić has drawn from Clippers’ defenders has also freed up other Mavericks players, and they have taken full – and surprising – advantage of the situation. Tim Hardaway Jr. has been uncharacteristically good, averaging 24.5 points per game. Kristaps Porziņģis has been similarly solid, contributing 17 points per game. Jalen Brunson has also been effective, averaging 12 off the bench.

To date in their playoff run the undefeated Mavericks have earned a 128.3 offensive rating. They are averaging 17.5 threes per game against the Clippers, connecting on 50% of their shots taken. Is the sharp shooting sustainable?  Probably not. Nonetheless, the Clippers have got to step up their effort.

LA has two options for defending the Mavericks: focus on containing Luka or shut down his supporting cast.  They’ve done neither. In fact, the Clippers have the worst defensive efficiency rating of any playoff team, allowing 128.3 points per 100 possessions. Frustrating for a team that boasts some of the leagues’ most skilled and tenacious defenders.

Although not announced yet, it is anticipated that there will be changes to the Clippers starting line-up for Game 3.  It is assumed the changes will focus on improving defensive performance and preventing the Mavericks from getting into an early offensive groove. The Mavs were 27-0 when leading after the first quarter during the regular season and have continued that streak against LA in the Playoffs. Time to break the cycle.

Enough with the Three-Point Shooting Slump!

The Clippers have grossly under-performed from beyond the arc.  The looks are there, but the ball just is not falling.  As a team, the Clippers shot 27.5 percent from three in Game 1 and 39.4% in Game 2, well below their regular season average of 41.1%.  It is unlikely that this slump will continue, right? Right. Look for Marcus Morris Sr. to make big contributions in Game 3. He is due.

After Game 2 Clippers Coach Tyronn Lue was criticized for a number of his game-time decisions. More Mann!  Where’s Boogie?  How about Luke?  Why so much Reggie?  Probably best to assume a coach with Lue’s Championship resume knows what needs to be done to maximize the Clippers’ chances of a Game 3 victory. Lue proved himself willing to make necessary (and sometimes unpopular) adjustments throughout the regular season; there is no reason to believe he will play it safe now, with so much at stake. Hopefully, the players can execute the game plan and get this series back on track.

Clippers will take Game 3. And it won’t be close.

The Playoffs are stressful for everyone, but especially for our perennially-disappointed fandom.  Don’t forget to indulge in some self-care on game day.  Drink liquor, eat ice cream, partake in primal screaming, burn sage, hide under a weighted blanket, etc. Basically, do whatever you need to do to get through.  Remember, we are all in this together!

And that about does it for this Game 3 preview between the Clippers and Mavericks! Comment on the game below