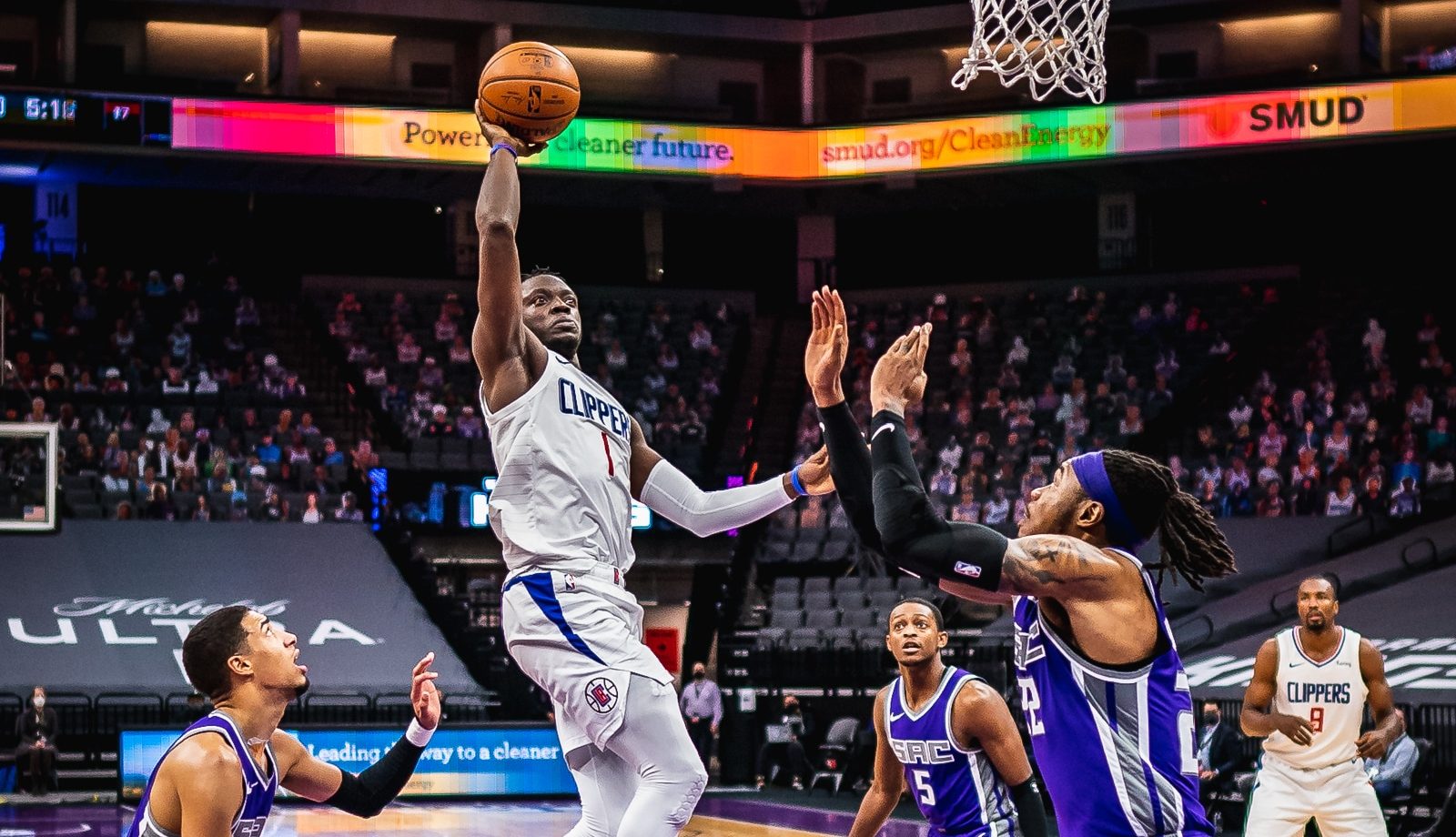 The LA Clippers have two home games remaining in the regular season, the first of which is against the Sacramento Kings.

The Clippers still have two more regular season games to play but their initial playoff fate is set. They will open up the play-in tournament on the road next Tuesday against the Minnesota Timberwolves.

Right now, the Clippers sit at 40-40 and can still finish this season over .500 by winning their next two games against the Kings and the Oklahoma City Thunder. More importantly though, the Clippers need to finish the season as healthy as possible for Tuesday’s game.

That means, don’t be surprised to see the projected starting lineup and the injury report change before game time. These next two games are a perfect opportunity for the Clippers to get guys some much needed rest. This team has scratched and clawed their way to the finish line and it would make sense to have some of the vets like Reggie Jackson, Marcus Morris and Nicolas Batum sit out these games.

A winning record would certainly be nice considering the circumstances the Clippers faced all season and would surely strengthen any argument for Tyronn Lue as Coach of the Year. But health going into the playoffs is what’s most important. Guys need to be as fresh as possible for the Timberwolves.

This also is an opportunity for the younger guys to get some run. Brandon Boston Jr. has been in and out of the rotation all season and these two games would be a good time get him some real minutes. Xavier Moon is a little bit older but he’s still learning the ins and outs of the NBA and he too would benefit from some extended playing time.

Jason Preston had been doing some on court work, but there’s still no word on his possible return and with only two games left it’s very likely that Clipper fans will have to wait until summer league to see him back on the court.

The Sacramento Kings have not played since Tuesday, a loss to the New Orleans Pelicans. De’Aaron Fox did not suit up in that game and his status for the Clipper game is uncertain. The Kings will also be without prized trade deadline acquisition Domantas Sabonis, who is out until at least Sunday with a knee injury.

The Kings have already been eliminated from postseason contention and with the Clippers playoff spot already clinched, the Kings won’t even be able to play spoiler.

Truthfully, there’s not much meaning to the game, but it does give the Kings the opportunity to continue playing Davion Mitchell and seeing what they have in the rookie guard. He’s looked like a big piece of their future and he recently set a franchise record for most assists by a rookie with 17.

A win here would give the Kings something to feel good about as they continue with the NBA’s longest active streak of missing the postseason.