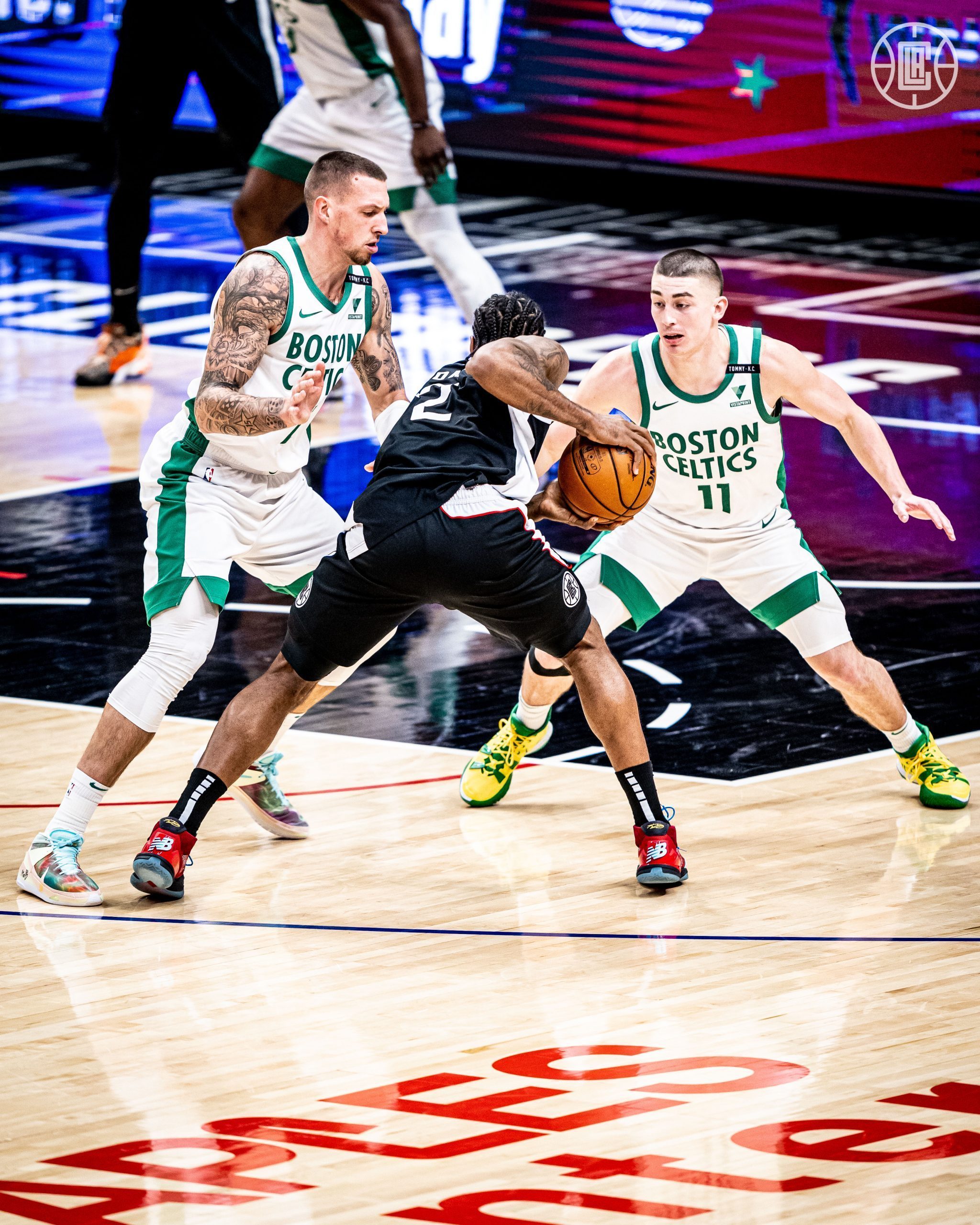 The Celtics have had a lackluster season so far, coming into this game 17-17 on the season, prompting pundits (and their own GM) to criticize their roster construction. The Clippers, for their part, have been shaky in close games against teams with legitimate stars, including a loss in early February against Boston. Tonight, both teams will be trying to push back against the narratives that have come to define them. Check out the full game preview of the Clippers’ showdown against the Celtics on TNT below.

The Big Picture for Celtics & Clippers

The Clippers are three games through the pre-All Star break road trip with only one win to show for themselves. We, here at 213Hoops, were generally optimistic about this trip, hoping for at least a 4-1 record. That is obviously off the table, but the Clippers can repent for the sin that was the first Grizzlies game by going into Boston and getting a win.

The Celtics have only won four of their last ten games and have generally shown that, at the moment, they are not the team that made it to the Eastern Conference Finals last year. Although they have been without Marcus Smart for much of the season, the Celtics have lost too many close games to bad teams. Recently, for example, they gave up a lead to the Pelicans, lost to the Hawks twice in mid-February, and lost close games to the Pistons and Kings early in February.

Although they have two All Star caliber players in Tatum and Brown, their offense has issues moving the ball. They are third-to-last in assists per game (only 22.2) and are tenth in the league in turnover frequency. Kemba Walker, specifically, has struggled, shooting 38.7% from the field and 35.7% from three.

The Clippers roster – especially if Brown is indeed out for the Celtics – is deeper and more talented than Boston’s, so the Clippers should be the betting favorite.

But the Clippers have also had issues closing out games. When the Clippers and Celtics, it was a close game, with the Clippers having to claw back late after giving up a lead in the third quarter. While the Clippers were without Paul George, the Celtics were also missing Brown, so the the Clippers’ depth should have been the difference maker.

The Celtics, despite their shortcomings, are still pretty good at home. They are 10-5 on the season and shoot almost 2% better from the field at TD Garden. Notably, the Celtics have only lost two games when they’ve shot 40% or better from three, which might present issues for the Clippers because, so far, opponents are shooting 40.6% from the 20-24 foot range. If the Celtics get hot from outside, the Clippers will have an uphill battle in Boston. At the very least, they can expect another close game.

That’s about it for this preview of the Clippers game against the Celtics. Comment below and prepare for what should be another entertaining, high-quality contest.