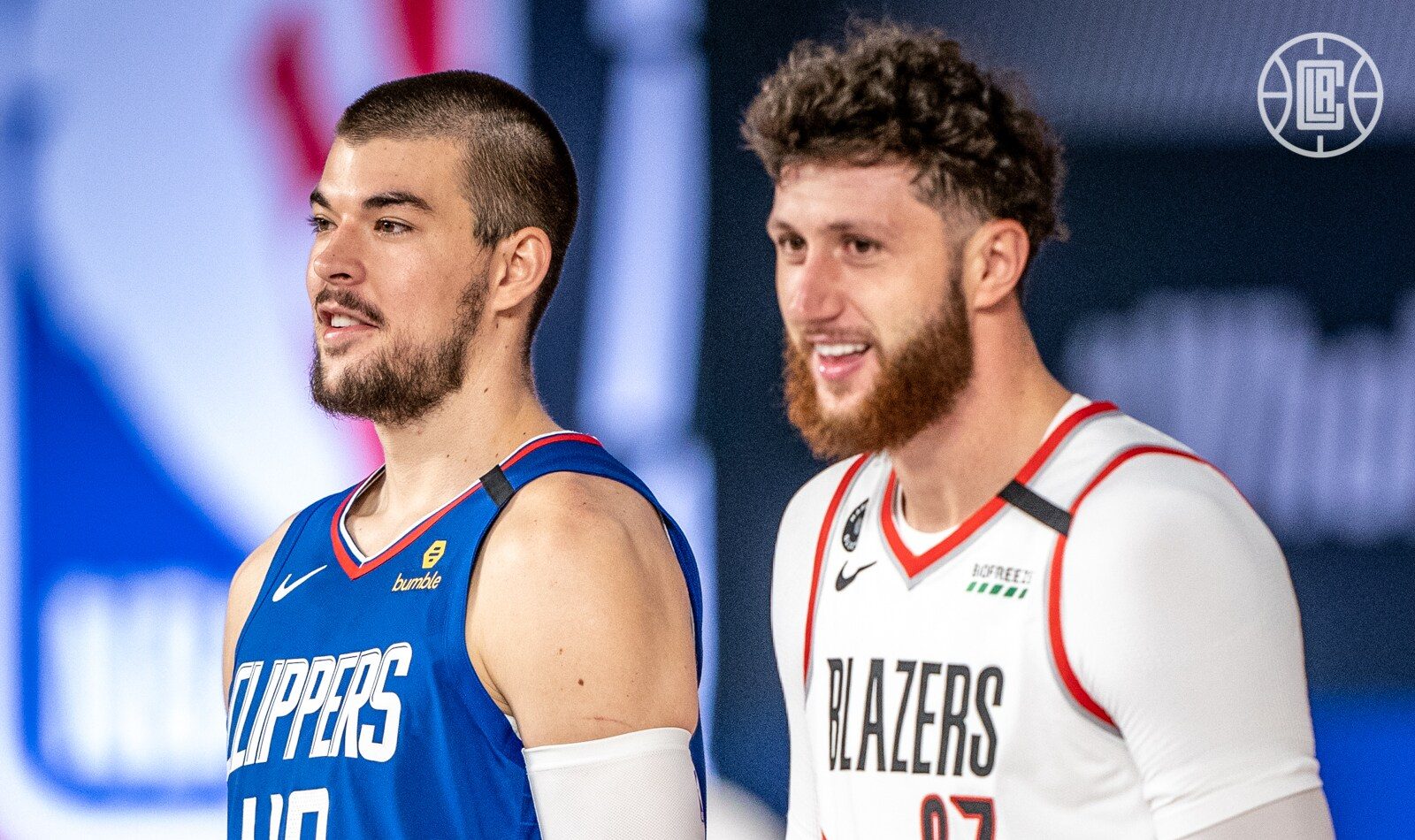 Down Kawhi Leonard for at least a week, the no-quit Clippers stole a win from the Damian Lillard-less Portland Trailblazers as they contend for a top-2 seed in the Western Conference. Let’s see full Clippers player grades on the first night of a back-to-back against the Blazers.

Reggie Jackson: B-. For as cold as Reggie was for much of this game, he honestly didn’t play poorly at all. He got off to a rough start from the field as he missed a lot of shots that we’ve grown accustomed to him making, and he got some uncontested floaters and jumpers off but they simply didn’t fall. But while his shot wasn’t dropping, he managed to find other ways to contribute. His six assists and five rebounds were helpful and his zero turnovers in 26 minutes were even more important in adding a positive contribution to the game. So by the time drilled three second-half threes, all at separate, important times, you could conclude that he had a solid night. The 9/5/6 line he ended up with falls in place with the product I watched on the court.

Terance Mann: B+. Due to CJ McCollum’s ability to make tough shots, my belief is that defenses rarely impact the outcome of his shots, but I thought Terance did a great job of being attached and not giving up the easy ones. His energy wasn’t only impactful as a CJ defender but it played a large role in keeping the Clippers in the game. There were countless times in the second and third quarter which he found his way to the rim for easy baskets and made effort plays like contending for rebounds and earning extra possessions. The corner three wasn’t as automatic on this night but I like that he’s not turning down the shot.

Paul George: A+. Another well-rounded 30-point game for Mr. George on Tuesday night and it’s becoming increasingly more difficult to find the words to describe how good he continues to be. On a night in which PG only put in two three-pointers, he found 10 makes from inside the arc — a true testament to the groove that he is currently in as a complete scorer. The middies off the bounce have been nearly as good as his three-point shooting, and he continues to make his way to the paint despite the lack of a whistle. He also pulled down 11 rebounds, which were extremely needed in a physical game that had Portland relentlessly attacking the offensive glass. As if that wasn’t enough, he sealed the deal by scoring the Clippers’ last six points after trailing by five, and then sat down on an island with CJ McCollum and forced him into a miss as time expired. 33 points, 11 rebounds, and 3 assists just feel like another day at the office for PG and that is crazy to say.

Marcus Morris Sr.: B. Back in the role of secondary option, Morris Sr. offered his usual “Kawhi lite” offensive production. The first quarter, in particular, went really well as he chipped in nine of his 16 points before adding five more in the second frame. There wasn’t much more damage after that, though, as Batum, Rondo, and PG did most of the heavy lifting throughout the rest of the game. As usual, I didn’t notice much from him on defense which I normally consider to be fine. 3/8 or 4/8 from three instead of 2/8 would’ve spared some late-game drama but those are the breaks.

Ivica Zubac: B+. Zu’s 10 points, 6 rebounds, and 2 assists felt a heck of a lot louder than the box score shows it to be. He made a ton of beautiful reads out of the short roll to Clippers three-point shooters, but I guess an 11-38 team effort from there left just two assists for Zubac. But the usual dirty work still showed up throughout the 28 minutes as Zu gave Enes Kanter and crew all sorts of trouble on the offensive glass. Portland had no answer for his presence and his 28 minutes feel like it could’ve been closer to 38, but the Clippers winning this game eases the frustration.

Rajon Rondo: A-. I won’t go as far as to say that this game was “won” when Rondo re-entered during the final minute of the second quarter, but I will say that the game was probably saved in that minute. During the stretch, the Clippers trailed by 10 and were on the verge of letting the deficit balloon even further as Portland had momentum, but Rondo, and to a slightly lesser degree Terance Mann, helped shave the lead to as little as two during a furious push that kept the Clips in striking distance heading into the second half. Rajon also put together a third-quarter stretch in which he scored multiple times at the basket and also displayed his full arsenal as a passer. He put forth a good effort on defense as has been the case thus far as a Clipper, but he was the victim of some ineffective closeouts that led to a barrage of threes. I thought the fourth quarter was his weakest of them all, though, and that he was pulled at just the right time. With that, Rondo lands an A-.

DeMarcus Cousins. B: Hear me out. Tuesday night’s bench unit playing through Boogie in the post against undersized defenses was fine by me. Boogie has lost a lot of stuff but he’s physical enough and skilled enough to make things happen out of the post. With someone like Carmelo guarding him, he was able to score in one-on-one situations and then drew the double team time after time and made some excellent passes to open shooters. The problem was that the Clips shooters struggled to make shots all night, but I liked the process — especially with so little offensive shot creation on the court. Yet, it’s hard to keep him on the court for too long because of his defensive limitations, and it doesn’t help when he’s paired with Patrick Patterson. The Clips lost the Boogie minutes by 12, but I thought he had some moments. He finished with a line of 11/6/1 in 13 minutes.

Nicolas Batum: B+. It’s so noticeable how much Nic has impacted the game defensively this season and Tuesday night was no different. He took his turns slowing down Melo, Norman Powell, CJ, and whoever else he got switched or schemed onto. And then he saved his best stuff on offense for late in the game — which included opening the fourth with a dunk, converting an oop to Boogie, and securing a huge offensive putback. Put Batum in during important moments and he will shine bright.

Patrick Patterson: C+. There isn’t a whole lot to say about PatPat other than that he competed hard and had some ok moments defensively guarding the iso-heavy Carmelo Anthony. Outside of that, 14 minutes and no stats to show for other than a couple of missed shots.

Luke Kennard: B-. Luke didn’t make his usual start for the injured Kawhi as Ty Lue opted for Terance’s defense on CJ, but Luke still had a productive outing in his 18 minutes. No, he didn’t shoot well from three (1-5), but he provided a nice scoring burst during the second quarter of this game when points were hard to come by for the Clips. And as I always say, anything Kennard gives you outside of scoring in a bonus — so his three assists was a bonus. We’ll see if he returns to the starting lineup against the Grizzlies.