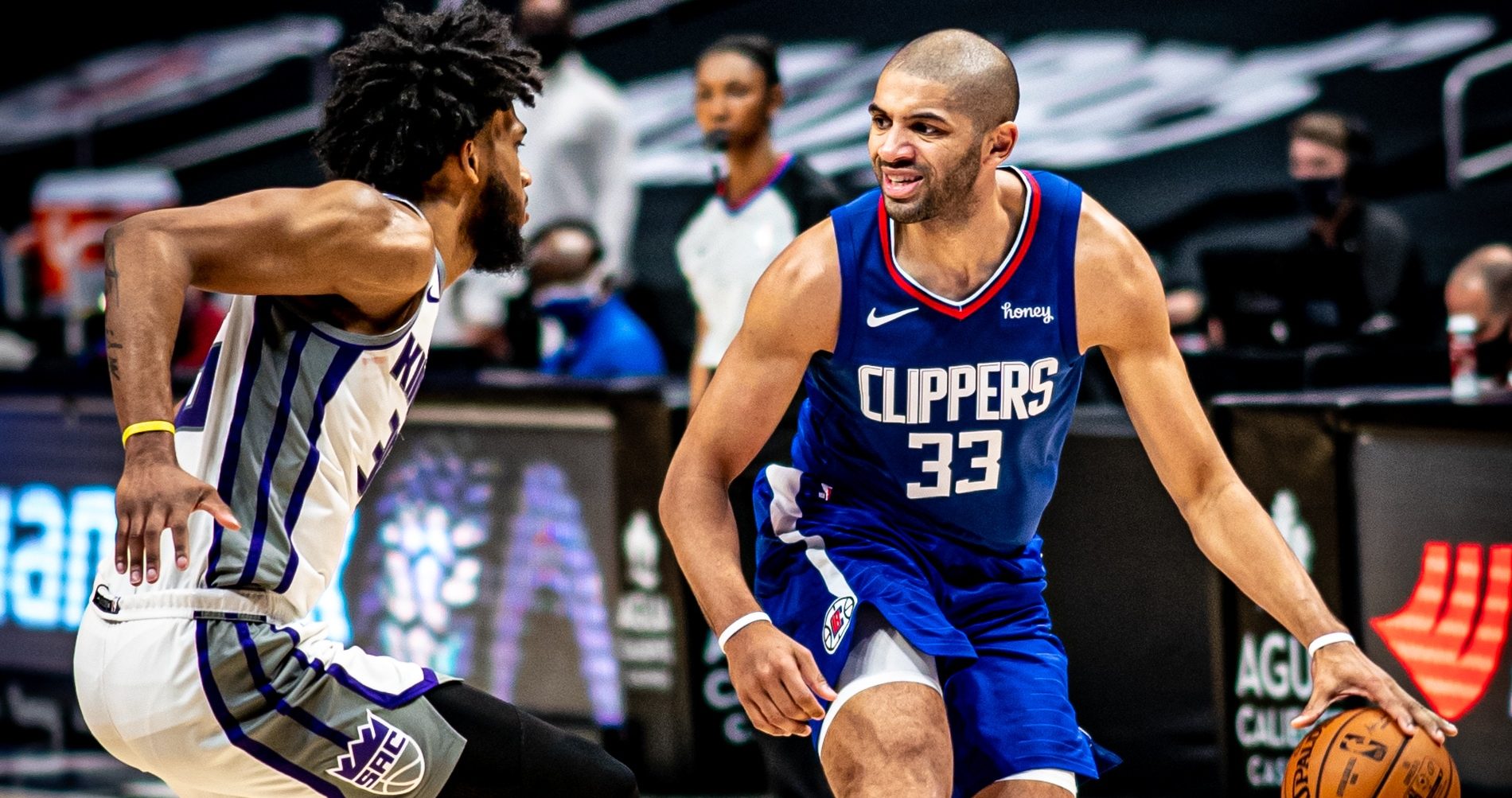 According to The Athletic’s Shams Charania, the LA Clippers have re-signed veteran forward Nicolas Batum to a 2-year contract. Update: Andrew Greif also of the LA Times reports that Batum’s deal has a player option for the second year, and that he signed as a non-bird free agent–meaning LAC still has their $5.9M taxpayer mid-level exception to use to pursue another free agent.

Batum was a standout for the Clippers on a redemption tour last season after being cut from the Charlotte Hornets during the off-season. At times, he was the team’s third- or fourth-best all-around player, letting others do the volume scoring while he hit threes, made smart cuts, moved the ball, and played excellent on-ball and help defense at multiple positions.

This is a really important re-signing for the Clippers, who are trying to keep a Western Conference Finals team together while also account for the absence of Kawhi Leonard for much or all of next season. But just how excellent it is for the team will come down to the final terms: obviously Nico is worth well more than $5.9 million dollars, but if the Clippers gave him that deal then their taxpayer mid-level exception is gone and they only have minimum deals left to work with. However, if he signed for his non-bird rights amount of $3.2 million, the Clippers would still have that $5.9M to chase another free agent. I won’t be upset at all if Nico got the bigger amount, as he’s more than earned it, but it’s something to watch as we wait to see what else LAC has in store this week.

Update: So, about that… with the LA Times’ Andrew Greif reporting that this is a non-bird contract for Batum, the Clippers will save their $5.9M mid-level exception to utilize on another free agent. This is a major boost to the team’s efforts to build a balanced roster that can remain competitive next season with Kawhi Leonard missing time. It’s unclear where the team will utilize that money at this stage–particularly as we wait to see if Reggie Jackson is returning to the Clippers via early bird rights–but the players in their price range will represent a significant upgrade over minimum-salary guys. Think the difference between getting Patty Mills or Elfrid Payton to replace Reggie, or the difference between Otto Porter Jr. or Semi Ojeleye as a backup small forward.