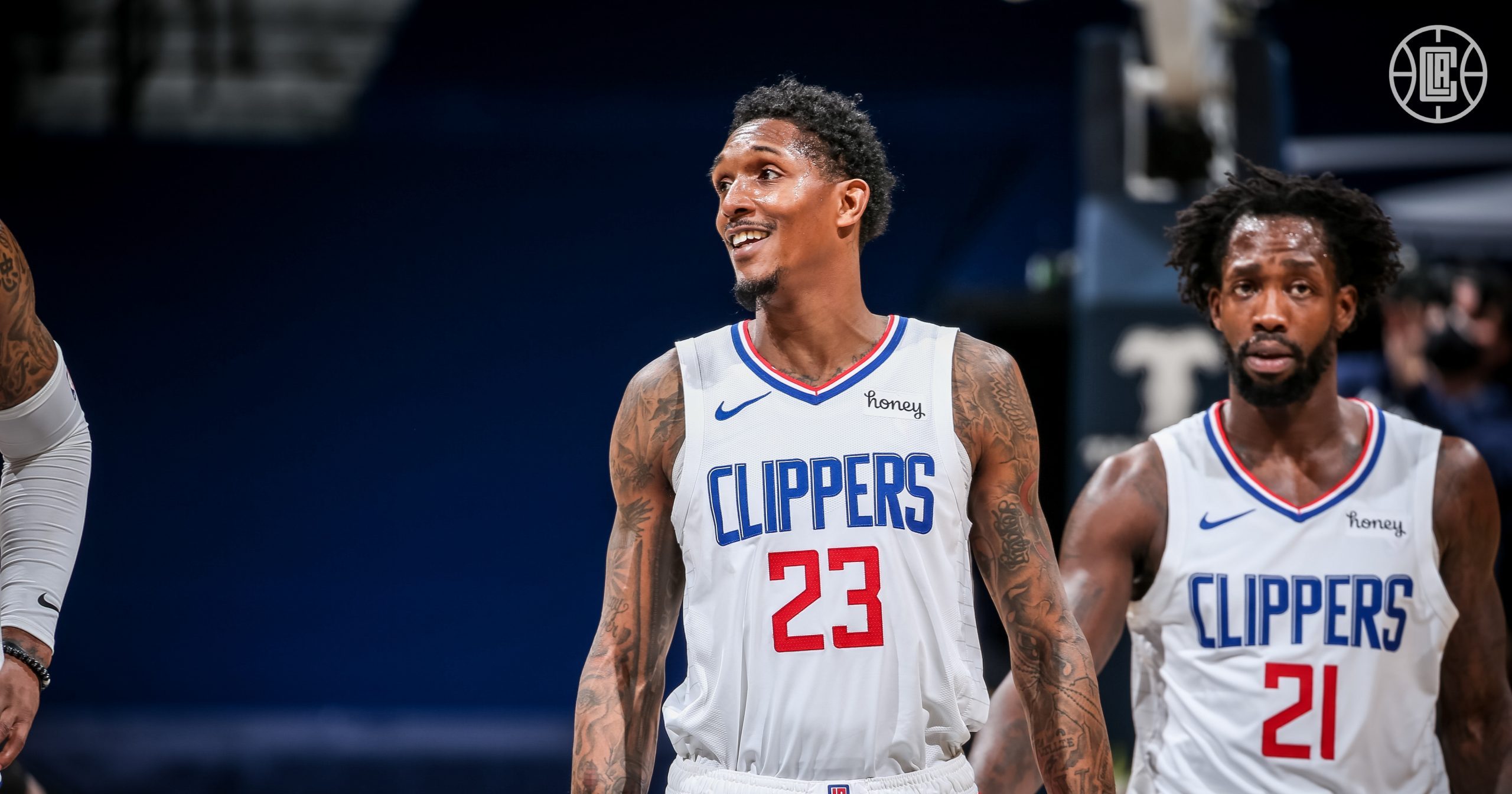 Things looked dim shortly before tip-off, when Kawhi Leonard was ruled out with a leg contusion, but the Clippers would draw great performances from their supporting cast and crush the Clevelend Cavaliers, 128-111, to extend their winning streak to 3.

The Clippers had some wrinkles to iron out early tonight as Ty Lue played an unorthodox starting lineup that featured Patrick Beverley, Reggie Jackson, and Lou Williams all playing together alongside Nicolas Batum and Serge Ibaka. The team had 2 points in the first 3 minutes of play as they got used to each other… then they turned on the afterburners and didn’t look back, putting up 30 points in the final 9 minutes of the opening frame and surpassing that output with a staggering 38 points in the second quarter, with Luke Kennard’s back-to-back threes serving as an exclamation point to end the half.

With a 70-58 halftime lead and a couple of friendly bounces to begin the third quarter, the Clippers found themselves with a quick 20-point lead and I found myself thinking that even if the team didn’t keep up their great run of shot making, they had built a pretty strong buffer to hold on to as the Cavaliers scrapped back.

That wasn’t meant to be. Lou Williams was a maestro in the pick-and-roll, Marcus Morris continued his elite run of form from behind the three-point line, Serge Ibaka had his best game as a Clipper on both ends of the floor (though he should buy Lou’s dinner as a thank you for all of his easy looks in the pick-and-roll), and Patrick Beverley picked his spots brilliantly to accent those three main contributors. If you only tuned in at the end of the night to watch Mfiondu Kabengele pick up a bad miss and a couple of fouls, you wouldn’t even know that Paul George and Kawhi Leonard were out–it was just like any other Clippers game.

While a number of Clipper role players had strong outings tonight, Williams was the clear star of the show as he finished with 30 points on 10-22 shooting to go with 10 assists (and just 2 turnovers) in 32 minutes–an offensive masterpiece. And those assists weren’t just “make the extra pass to the shooter in the corner” plays. Lou was beating his defender downhill, making something out of nothing, drawing help, patiently reading the defense, and dishing out dimes all night. Marcus Morris, who now has 14 double-digit outings in his 19 games this season (including 10 of his last 11), poured in a highly efficient 23 points on 7-14 shooting and stuffed the box score with 6 rebounds, an assist, a steal, and 2 blocks.