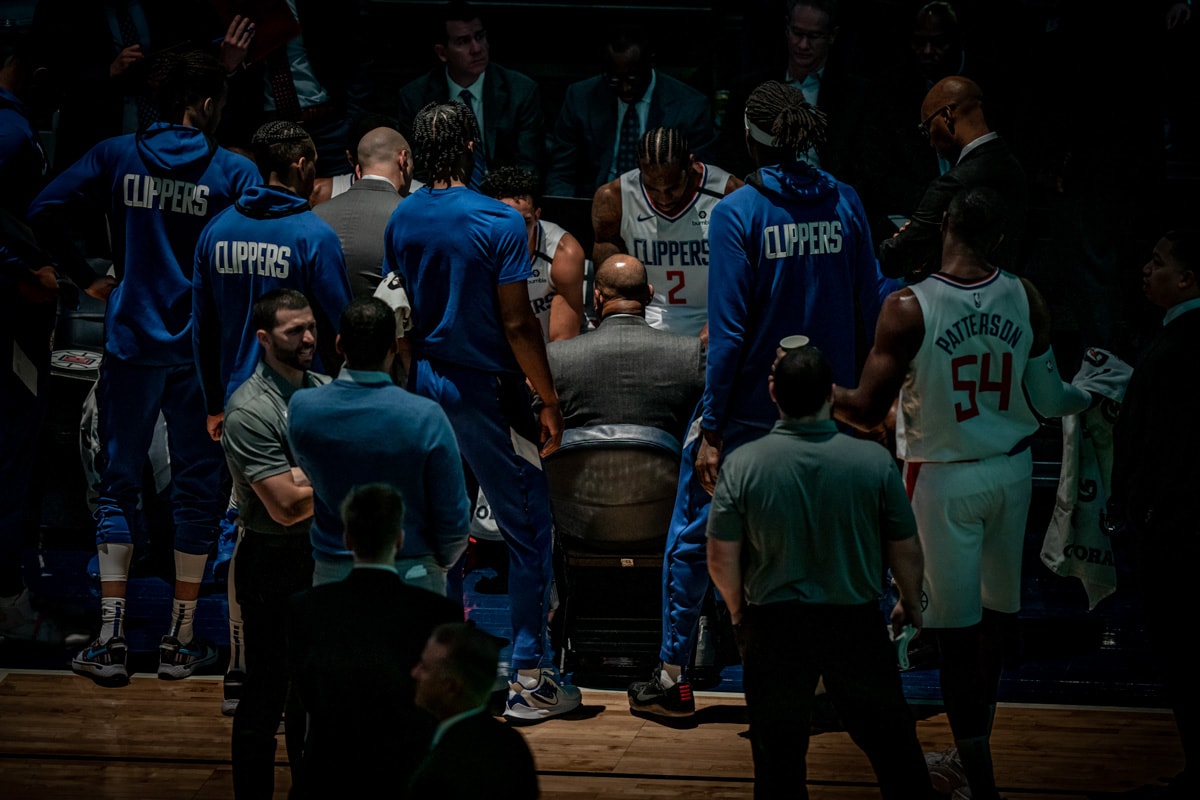 Clippers Blown Out by Wolves 142-115 in Embarrassing Effort

Well, this was an inauspicious first game for me to cover at 213Hoops. Let me be brief, as I don’t think any Clippers fans want to dwell on this one too much. After hanging even with the Wolves for the first half of the first quarter, the Clippers’ defense collapsed in a major way, surrendering open three pointers at will. Normally, this might not be too bad – the Wolves were the worst three-point shooting team in the NBA coming into tonight. However, they were on fire in this one, and the Clippers paid for it. Oh boy did they pay.

The Clippers were able to stay somewhat close in the first quarter due to their own strong offense, but as soon as that fell off, the Wolves surged ahead. Every time the Clips made a shot, the Wolves would come back and hit another, and then another after that for good measure. There were no stops to be had, no momentum gained, and the Clippers trailed by 22 at halftime.

The second half was extended garbage time, for all intents and purposes. Yes, the Clippers played key guys for the third quarter, and at least some effort was there, but there was no hope of any sustained comeback. The Wolves scoring fell off, but it was more due to coasting on their end than anything else – they still sliced and diced the Clippers “defense” at will. The 4th quarter truly was garbage time, as Doc Rivers emptied his bench and let the young guns get some time. The end result was a shocking 142-115 rout, with the Wolves setting a franchise record with 26 made threes.

Defense is Slop: The Clippers offense wasn’t great in this one, as it was fairly stagnant and never strung much together. Compared to the defense, however, the offense looked championship-level. The Clippers were a step slow all night, seemed out of sorts with communication, and failed to play with any toughness or physicality. This kind of effort has happened too frequently this year, and while it wouldn’t seem to be of concern in a truly meaningful setting (such as the playoffs), it hasn’t made those games any more enjoyable tot watch. This one was yucky from start to finish.

Credit to Wolves: The Clippers were awful defensively, but credit must go to the Wolves, who moved the ball excellently and were unselfish throughout. The Wolves looked like a well-oiled machine, with no hints that they were missing their starting point guard and had just reshuffled their roster a couple days ago. Just about every single player on their team contributed to the win and played well, and if it hadn’t been the Clippers they were playing against, it would have been a joy to watch. They also played well defensively, shutting down the Clippers’ three-point attack and rotating hard to contest shots around the rim. Just a very nicely played game from Minnesota all-around.

Pat is Missed: The Clippers’ record without Patrick Beverley over the past two seasons is dreadful. They miss his shooting, defense, playmaking, and rebounding, and that’s not even counting his energy, leadership, and overall attitude. Kawhi Leonard and Paul George are the two best players on the team, but the player who it seems the Clips truly can’t do without on a game-to-game basis is Pat. Hopefully his groin injury isn’t too bad, and he can rejoin the team soon, because they are not the same without him.

Next up, the Clippers play tomorrow night at Cleveland. The Cavs are very bad as well, but should have Andre Drummond in their lineup, and he will give them a boost offensively and on the glass. The Clippers, meanwhile, will presumably be without Kawhi Leonard on the second night of a back to back, but might have Marcus Morris in the lineup for the first time. Hopefully he’s ready to go, because the Clippers will need him, especially if Beverley is out again.