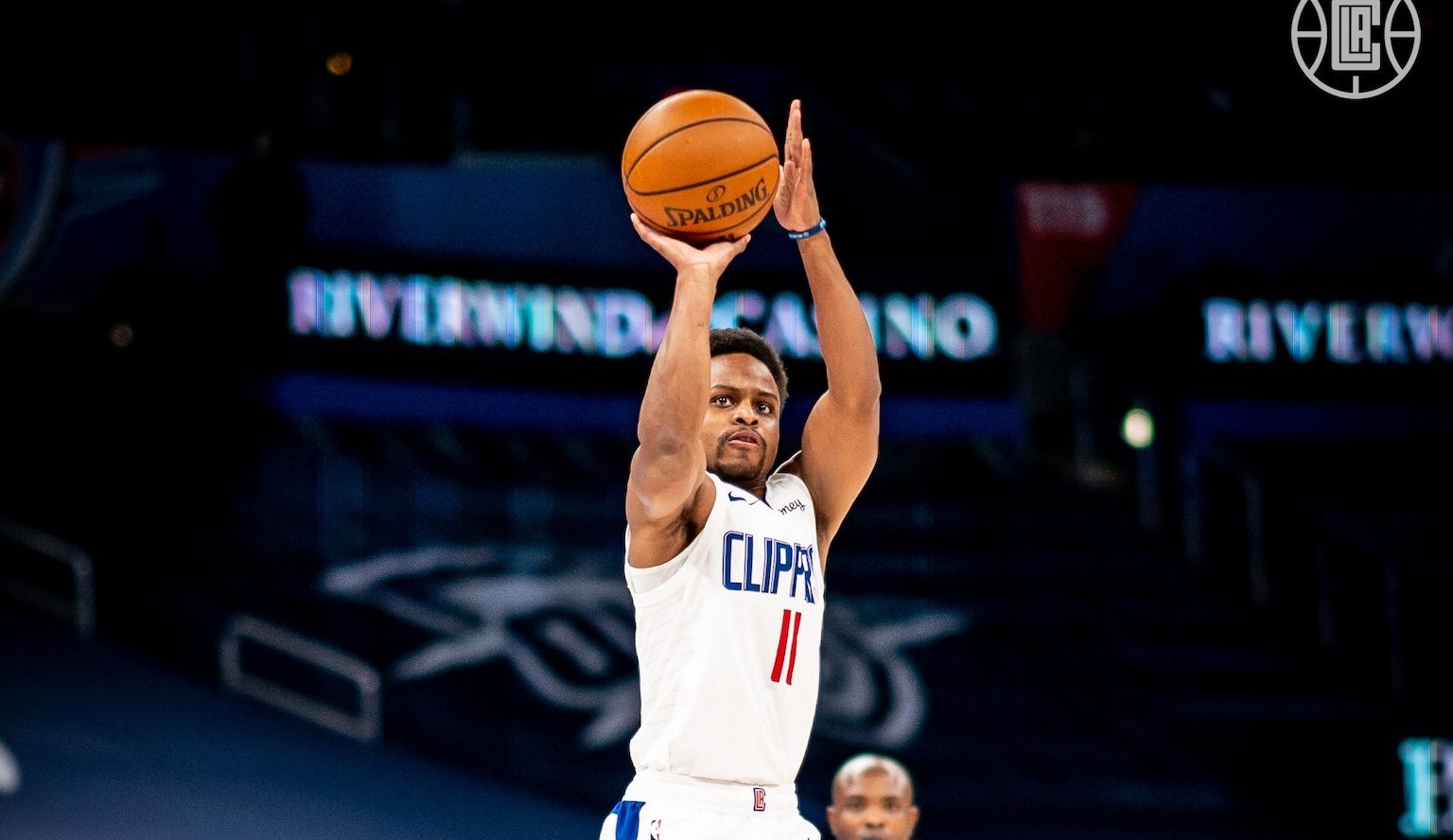 We’re continuing our 213Hoops Exit Interview series, where we go player-by-player through the Clippers’ roster and break down how each player on the team performed relative to their pre-season expectations, and ponder their future with the team. Today, we’re taking a look at the newest Clipper: Yogi Ferrell.

Contract Status: Ferrell signed a 10-day contract with the Clippers in April, then a rest-of-season deal. His contract includes a non-guaranteed minimum deal for the 2021-22 season.

After trading Lou Williams for a hobbled Rajon Rondo and watching Patrick Beverley suffer a broken hand early in April, the Clippers turned their attention from adding a depth forward to their roster (Malik Fitts, who was on a 10-day contract when Beverley broke his hand), as it became clear that LAC would have to use their final roster spot to add an additional emergency guard.

But expectations for Ferrell’s role were low, to say the least. He was brought on as a deep reserve whose primary function was to serve as a replacement-level extreme injury replacement in a game or two while competently absorbing garbage time to allow the guards higher on the depth chart to rest late in blowouts and in the throwaway games at the end of the season. While Yogi was a free agent in April for a reason–he’s struggled to be a consistent net positive in a rotation role outside of one strong campaign with the lottery-bound Mavericks in 2018–he came to the Clippers with over 250 games, 50 starts, and 5,000 minutes of experience playing the point guard position in the NBA. That’s exactly the type of high-floor guy they needed in this role.

Yogi made an immediate impact, debuting as a Clipper on the second night of a back-to-back with both Reggie Jackson and Rajon Rondo taking the night off, plus Beverley out with his broken hand and both Paul George and Kawhi Leonard sitting out. LA only had 10 available players, including the newly-signed Ferrell, fellow new addition DeMarcus Cousins, and little-used rookie center Daniel Oturu. Ferrell played with the second unit, but was quite effective and stayed in for the entire fourth quarter, adding all 8 of his points and 4 of his 7 assists in the final frame as the Clippers won the quarter by 7. In the 12-point win, Yogi was a team-high +15.

But… that was about it. He got a few possessions of garbage time in some other scattered games, played a ton in two games LA intentionally lost to close the season, and only saw the court in the waning moments of blowouts in the postseason. While the Clippers’ absolute lack of offensive creation in the postseason, fueled by Leonard’s injury, George and Jackson’s fatigue, and Rondo’s utterly embarrassing play, caused some to wonder if Ferrell could get a look, it’s probably for the best that Lue just stuck with trying to grind out games with the guys he knew and trusted.

On the whole, it’s fair to call Yogi’s time with the Clippers a nice, adequate success. He was signed with very modest goals to help the team fill minutes in the last few weeks of the year, and gave the team acceptable point guard play in the very few moments where they were forced to look to him for it. The bar to clear was very low, and as I said before, Yogi being a high-floor free agency candidate made him a safe bet to clear it. He did.

But just meeting those very modest expectations doesn’t necessarily mean that Yogi has a future with the team. And while some might point to the second year added to his contract as an indication that the Clippers like him as a depth option going forward, it’s more likely that his contract is just a salary cap asset.

If Yogi had gotten a rest-of-season deal, he’d enter free agency this August and come off of the Clippers books. But on a non-guaranteed deal, LA now has the flexibility to include Ferrell’s contract in a trade to assist with salary matching or release him before next season begins and owe him nothing.

That doesn’t mean that there’s no chance Yogi stays a part of the team–it just means that the Clippers have all of the power to take their relationship with Ferrell in any direction they want. He could help in a trade this off-season or get cut loose in the free agency period, or join the team in training camp to compete for a roster spot and either be a late cut or join the team on opening night as a 15th man.