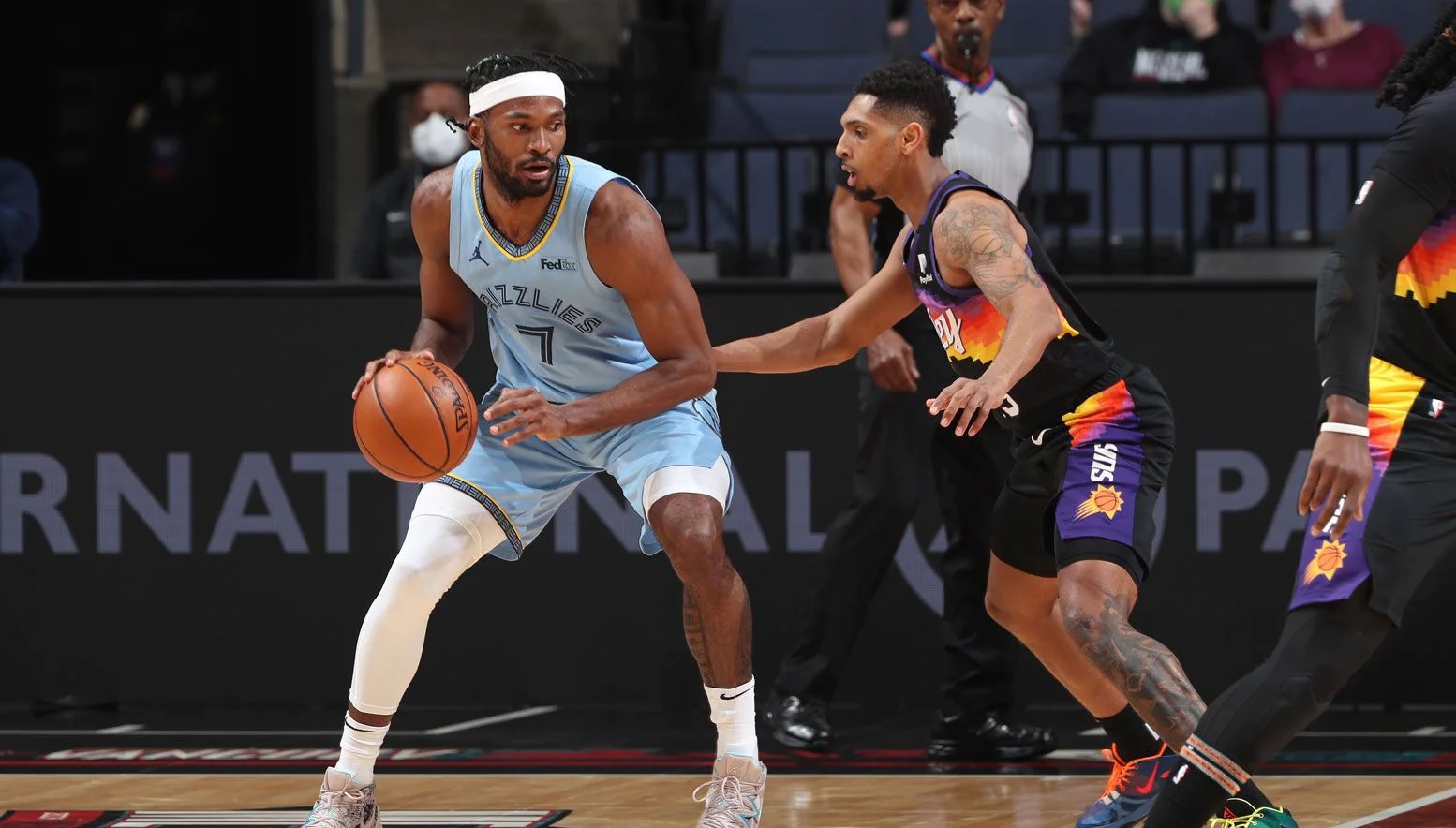 Contract Status: In the first year of a 2 year, $8M contract, fully-guaranteed, using most of the Taxpayer Mid-level Exception.

While the entire 213 Hoops team feels the Clippers’ 2021 off-season was a resounding success, the signing of Justise Winslow using the majority of the Taxpayer MLE was one of the two potential question marks by the Clippers’ front office (the other being the Eric Bledsoe trade). But in their defense, what the Clippers needed most was a skilled backup big to play insurance for the injury-prone Serge Ibaka, and there really weren’t any of those available at the Clippers’ price point. So instead, they took what many view to be a gamble on Justise Winslow. At only 25, less than a year older than Terance Mann, Justise likely still has his basketball prime ahead of him. And with the Clippers expecting to slot him into the defensive-glue-guy role, he should be well within his wheelhouse.

But before we talk about his role and expectations, let’s dive into his past because it’s important in evaluating his future. Justise Winslow was a top-10 high school recruit who went to Duke and won a national championship as a freshman. He was drafted 10th overall by the Heat the year they lost LeBron James. He had a solid rookie season, where he learned scoring was a lot more difficult in the NBA and defense had to be his calling card, followed by a second season unfortunately marred by injury. But in his third/fourth seasons from 2017 to 2019, we got our best look at who Justise might be: a defensive stopper that can guard the 1 through 4 (and small-ball 5) positions and hit threes at a very respectable rate. Unfortunately that’s when things got derailed: after a back injury in Miami that lingered, and later a freak hip injury sustained in practice in Memphis, he missed most of the 2019-20 and 2020-21 seasons. In the games he did play in Memphis, he had career lows in almost every statistical category.

So what can we expect from Justise Winslow today? If we assume he’s finally healthy, and all indications (and off-season training videos) are that he is, we can expect him to be able to fill his PJ Tucker-esque glue role nicely. Specifically, the team will be looking for Justise to defend multiple positions as part of the Clippers’ switch-heavy defensive scheme; to keep that ball whipping around the court in the Clippers’ playmaking-as-a-group offensive scheme; and to knock down catch-and-shoot three pointers to make defenders pay for doubling off of him. If that sounds a lot like Nic Batum’s, Terance Mann’s, or Marcus Morris Sr.’s roles, that’s by design—this is the way many successful NBA teams are built now: 2 to 3 superstars supported by a bunch of role-players who can do a bit of everything well enough that you can’t scheme against them.

The Clippers are deep enough—even with Kawhi Leonard’s injury—to withstand a slow start from Justise as he gets acclimated to arguably the best roster he’s ever been on. But if Kawhi returns in time for the playoffs, the Clippers will absolutely need Justise to be a solid contributor and depth piece for a championship run. On the other than, if it doesn’t seem like Kawhi will return in time for the playoffs, then the Clippers may simply use this season to figure out if Justise is a long-term fit with the team and worth a more meaningful investment.

As mentioned, when healthy Justise Winslow is a defensive menace. He doesn’t give up too much size to the larger wings like Giannis Antetokounmpo or LeBron James, but has the footspeed to keep up with the smaller guards, making him a true multi-position defender. On the offensive side, most of Justise’s scoring comes in the paint and on spot-up three-pointers. He can knock down catch-and-shoot threes at a very solid rate—once again, when healthy. In the paint he’s fairly pedestrian edficiency-wise, but from long-distance in his two healthy seasons from 2017-2019, he shot 37.7% on a solid sample size of 385 three-point attempts, mostly of the catch-and-shoot variety. And while I would have assumed that was driven by corner-threes, 60% of those looks came from non-corner locations, where he shot 37.0%. Having operated as a pick-and-roll ball handler in the past in Miami, Justise has good offensive vision and awareness as well, which should also fit nicely into the Clippers’ system.

Defensively, Justise’s main weakness is his size. While it’s unlikely he’d be matched up against the largest bigs in the league, skilled giants like Karl-Anthony Towns, Nikola Jokić, or Joel Embiid will be able to score over him.  Offensively, although it’d be difficult to scheme against him (assuming he’s able to knock down spot-up threes again) Justise definitely has his limitations. While the Clippers tend to rely on team playmaking rather than individual, late in possessions near the end of the shot clock they’ll probably want to go a different direction than Justise. His off-the-dribble shooting is suspect, and he rarely ever operates out of isolation situations. While he did run the pick-and-roll fairly frequently in Miami during his healthy years and was a reliable passer, he wasn’t a particularly effective as a scorer in these situations.

Justise Winslow wasn’t the best wing the Clippers could have gotten for (most of) the Taxpayer MLE, and it’s certainly a gamble given his injury history. But with the roster depth the Clippers have, it’s a gamble worth taking. If he can remain healthy and return to his peak form, Justise could fit in very nicely with the Clippers and contribute to a championship run in the future, in a very Nic Batum sort of way. The Ty Lue Clippers have a record of revitalizing careers when the fit is right, and at only 25 with the defensive versatility and the ability to knock down open looks, signing Justise Winslow could turn into a very solid, long-term fit on the team.