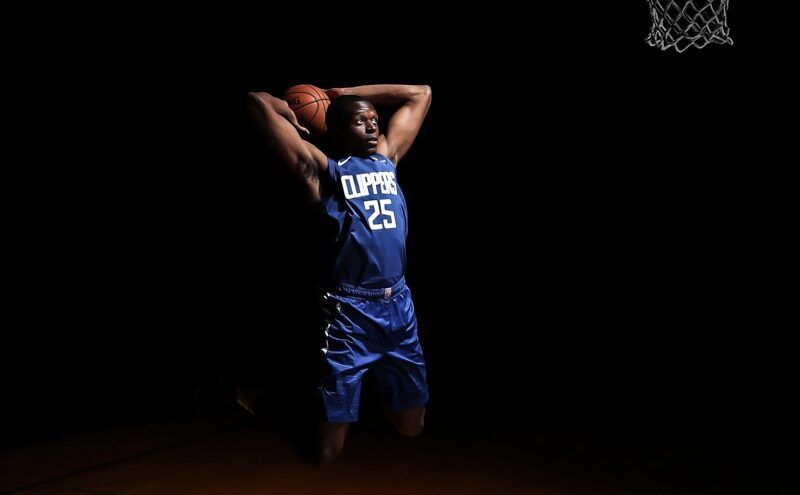 Now that the Clippers’ 2020 season has reached its disappointing end, 213Hoops will work through the roster player-by-player for our “Exit Interview” series. Today’s exit interview features rookie Mfiondu Kabengele.

Despite being a 1st round pick, Fi’s expectations this season were extremely low. Fans (and the team) understood that he was a project coming into a team with championship expectations, and that it would be extremely unlikely for him to earn a role on the team. The expectations were instead for Fi to spend much of the year in the G-League developing his game, and to provide some tantalizing flashes of potential in garbage time situations at the NBA level.

Nothing much has changed since my check-in on Kab a few months ago, as he didn’t play at all in the bubble. In fact, he wasn’t even brought to Orlando at all, getting passed up by two-way rookie Amir Coffey. He squarely met his expectations, and not a bit more, as he spent almost the entire season in Agua Caliente, playing just a handful of minutes at the NBA level. When he was up in the NBA, he checked in exclusively in garbage time, where he had the ultimate green light to chuck shots. Extrapolating his performances over 36 minutes and you get an average of 11.3 three-point shots attempted, a pretty incredible number for a big man.

That’s where Fi tantalizes. He’s an athletic, mobile big man who has the potential of outside shooting. Now, in an actual sample size in the G-League, he shot a mere 32%, but the confidence, form, and touch is there for him to be better than that. While not tall, Fi’s size and wingspan enables him to be a deterrent at the rim, as his block numbers in the G-League attest.

Unfortunately, everything else is where Fi struggles. He doesn’t really know how to play defense at a professional level, showing confusion in rotations and schemes – his mobility and athleticism don’t help if he’s in the wrong place. On offense, while he can shoot and can finish above the rim, he’s a black hole who looks for his own shot first, second, and third. The tools are there, but the connection is not. Now, that can be developed, but Fi did not demonstrate that he’s close to being an NBA rotation player.

It’s hard to predict Fi’s future with the Clippers when the crucial pieces on the team have such uncertain futures. If Kawhi Leonard and Paul George leave next year after another disappointing season, the Clippers could be in for a long rebuild, in which case every young asset will become precious. On the other hand, in order to keep Kawhi and PG, the Clippers might go all in on next season, which could very well mean trading Fi for a veteran who brings more to the 2021 Clippers. Fi has not demonstrated that he should be a long-term piece for the Clippers, but he’s also one of the few players on the roster with upside, and is cost-controlled over the next few years. That could either lead to him developing into a key element of future Clippers teams, or as trade bait, and right now it’s impossible to say which path is more likely.