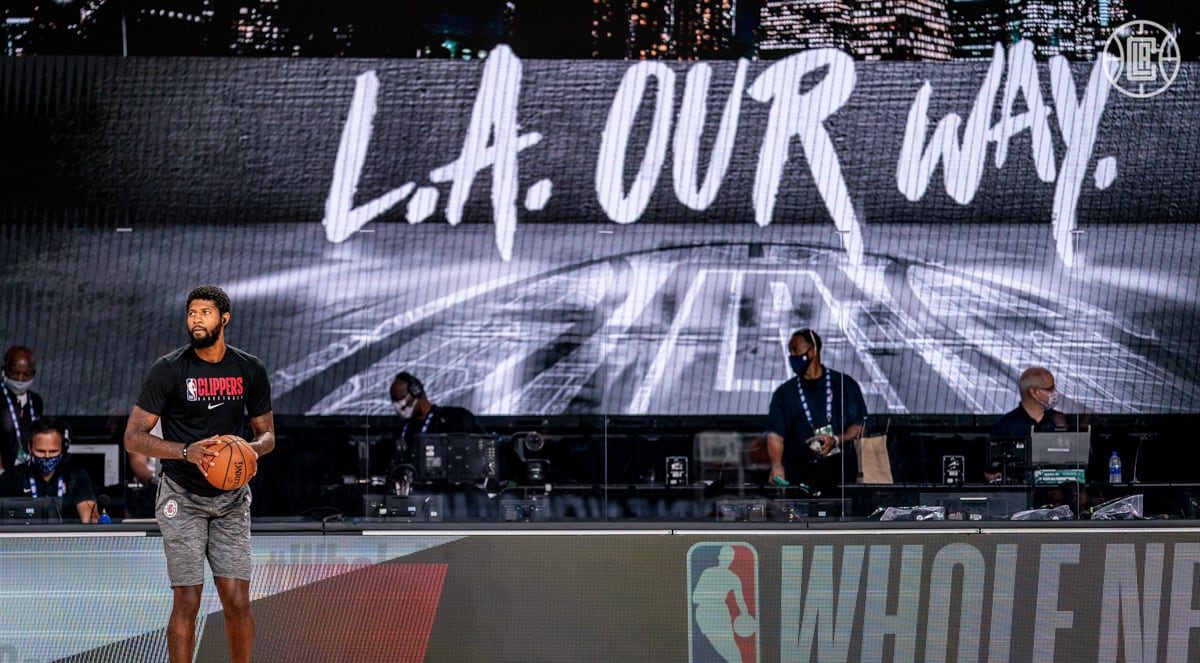 Our season preview of the 2021 Clippers continues with a look at rookie big man Daniel Oturu, a player who the Clippers hopefully won’t have to rely on much this year. Additionally, we have a Q&A with Gopher Nation of University of Minnesota blog The Daily Gopher on Oturu and what he will bring to the Clippers.

Second-round draft picks rarely make much an impact in their rookie seasons, and that’s especially true of those drafted onto championship contenders. A center who might be able to play power forward, Oturu is behind Serge Ibaka, Ivica Zubac, Marcus Morris, Patrick Patterson, and Nic Batum across those positions, which means he probably won’t be a regular part of the Clippers rotation.

However, four of those guys are over 30, and there will probably be plenty of nights when two of them will be out with injury or rest. On those nights, Oturu will be competing with second-year big man Mfiondu Kabengele for minutes. One (or maybe both) of those guys will therefore get some real minutes this year. If Oturu does receive minutes, the Clippers won’t need anything special, just a level of competence that means he doesn’t singlehandedly tank the team when he’s on the floor. Again, for a second-round rookie (and only a sophomore in college at that), that’s no small ask.

But with that said, let’s get to that Q&A on Daniel Oturu, and get a preview of how he might fit with the Clippers this season and going forward.

1. How do you think Oturu’s strengths will translate to the NBA? Is he a good enough rim, post, and midrange scorer to be a hub of a second-unit offense?

I do think that his skill set translates to the NBA as someone who comes off the bench to give you valuable minutes with that second unit. Especially as a guy that opposing teams are not going to focus on, who can make open mid-range shots and play serviceable defense. His rebounding is underrated, and he will certainly be a solid bench guy who can develop into a little more. But I do think being a solid contributor off the bench is the best-case scenario for Oturu, and achievable.

2. One of the knocks on Oturu’s game is his lack of passing/vision/ability to make quick reads. Is this something that he improved upon during his two years in college? Is there hope for him being a part of an NBA offense that requires swift decisions offensively?

This was something that really is a valid concern for Oturu. As a freshman he greatly benefited from Jordan Murphy (now with the Timberwolves G-League) who was excellent at passing quickly out of double-teams, often to Oturu. But as a sophomore, as Big Ten defenses did what they could to get the ball out of his hands, he struggled to quickly move the ball to open shooters or cutters. This is something he absolutely needs to improve on.

3. Daniel has a buttery midrange shot and expanded his game a bit to behind the three-point line in his sophomore year. Will he be a legit NBA three-point shooter at some point, and how quickly do you think that can happen?

I do. He progressed very nicely with distance on his shot from his freshman to sophomore year. It is not a quick shot, it may be a little deliberate, but if he’s open he will shoot a good percentage for a center.

4. Probably the biggest weakness of Oturu at the NBA level will be his defense in the pick and roll. What do you think of his defense in such scenarios? Will improved conditioning, coaching, and enough reps get him to an acceptable level, or is he just too laterally slow to guard NBA ballhandlers in such cases?

He is certainly a coachable kid and I think that more detailed and specific coaching in these situations will benefit him. His athleticism, especially at the collegiate level, was an asset; how much of an asset that is at the next level is hard to say. But being coachable is the best indication to me that he’s capable of being better at defending pick and rolls.

5. Oturu will be uniting with former teammate Amir Coffey on the Clippers. Did he have any fun routines or moments with Coffey during their year together, either on or off the court?

Nothing really comes to mind specifically between the two of them. Those two, plus Jordan Murphy formed a really nice frontcourt on a team that was really a PG away from being special. From a Minnesota program standpoint, it is great to have both of these guys leave early and find some success at the next level. We are thrilled to see Coffey finding a role and hope for the same for Oturu.

Daniel Oturu is a young player with quite a lot of skill, but also some big questions regarding his defense and ability to adapt to the fast pace of the NBA. The Clippers’ slightly questionable depth means there’s a chance that Oturu gets thrown into the fire at some point, which could be a good opportunity for Daniel or could be a minor disaster. Still, he can certainly score, and should be at the very least a fun guy to watch in garbage time. Thanks to Gopher Nation for the Q&A on this season preview, and check out his draft profile on Daniel Oturu from last month.