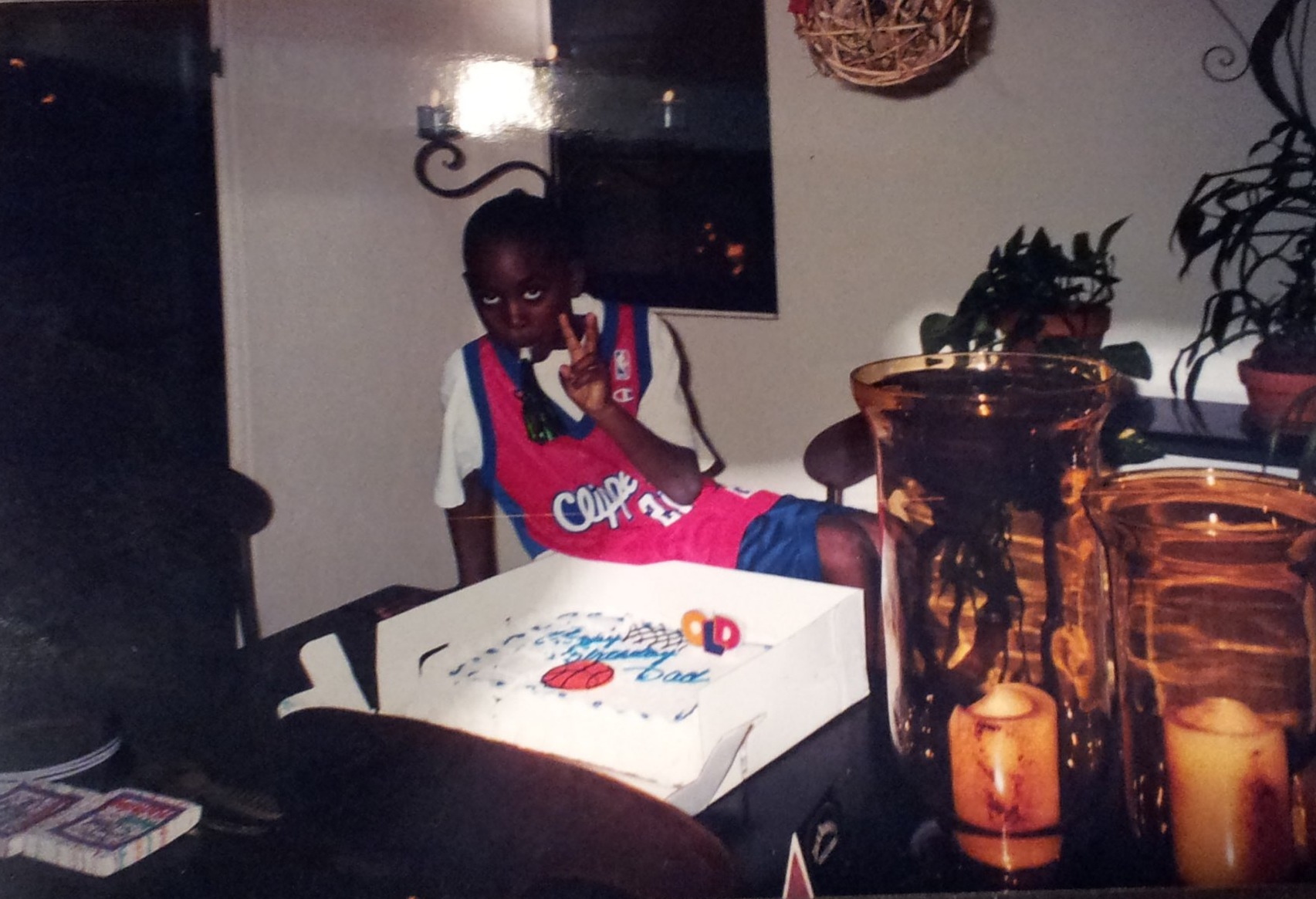 An Introduction to 213Hoops: Cole Huff

What’s up, Clippers faithful! I’m Cole Huff, one of your newest writers here at 213Hoops. As I get going, I’d like to express how excited I am to build a relationship with you all through my writing, and hopefully to share some cool Clippers moments together. For that to happen, it’s important that I establish with you all who I am, how I got here, and what I am bringing to the table. In the words of the great Ralph Lawler, “Fasten your seatbelts, folks!”

My dad began taking me to Clippers games in the year 2000, at the age of six. I instantly developed a liking for Darius Miles. I would actually cross paths with Miles one day at a Santa Barbara hotel, which obviously took my admiration for him to elite heights. This childhood experience marked the beginning of my fascination with everything Clippers basketball. Fast forward to the year 2006, when I was in middle school. I remember wearing my Shaun Livingston replica jersey during every single playoff game, filled with hope and excitement, only to watch Sam Cassell bring me to tears as he smiled his way up the court to an 8-second violation that would pretty much end any chance at reaching the conference finals. This brought heartache for sure, but this is also when I realized that Clippers basketball was deeply rooted in my soul.

Years would pass by, and I would sit through the embarrassing final years of the Sterling era, and endure the extreme highs and lows of Lob City. Yet, throughout it all, I wore that Clippers fandom on my sleeve. Through the ups and downs, here I am today; watching a Clippers team composed of a two-time NBA Finals MVP, a three-time NBA Sixth Man of the Year winner, two former NBA DPOY’s, and a former NBA Coach of the Year. Not only am I wearing my Clippers fandom all over my sleeve, but at this point it may as well be tatted on my forehead, right? Actually… maybe not. Let me explain.

As I type these words, I am entering my fourth season of professional basketball, having previously played in Turkey, Spain, Greece, and in the NBA G-League. Before that, I played in the Big East Conference for the Creighton Bluejays, where I also developed a love of journalism. I say all of that not to brag, but to let you know how weird things have gotten for me.

No, it’s not weird to play professional basketball, but how am I supposed to react when I am rooting for the same players that I eventually compete against? How about if it’s the other way around? Imagine competing against Angel Delgado two to three times per season throughout college, and then seeing him don a Clippers uniform. Am I supposed to be a fan now? Imagine being paid to represent an organization in the G-League, wearing their branding across your chest, but at the same time staying up late at night actively cheering on an entirely different organization hoping they succeed. As an active competitor, it’s so bizarre, man.

However, it just doesn’t sit well with me that I’ve been hiding a part of what I love, and I’ve decided I’m not doing that anymore. Allow me to reintroduce myself.

I am Cole Huff, of Pasadena, California. At the age of 26, basketball has largely consumed my life. I have played both with and against NBA players, shared the court with some of the most accomplished NCAA players in recent memory, and competed against the best talent Europe has to offer. Through these experiences, I have consumed more basketball knowledge than I could ever imagine. My plan is to give that back. With my passion for writing, and my passion for the Clippers, my goal is to provide you all with as much basketball content as possible coming from someone who has walked in those shoes as a professional. I hope that my work can be something that you all come to enjoy and look forward to.