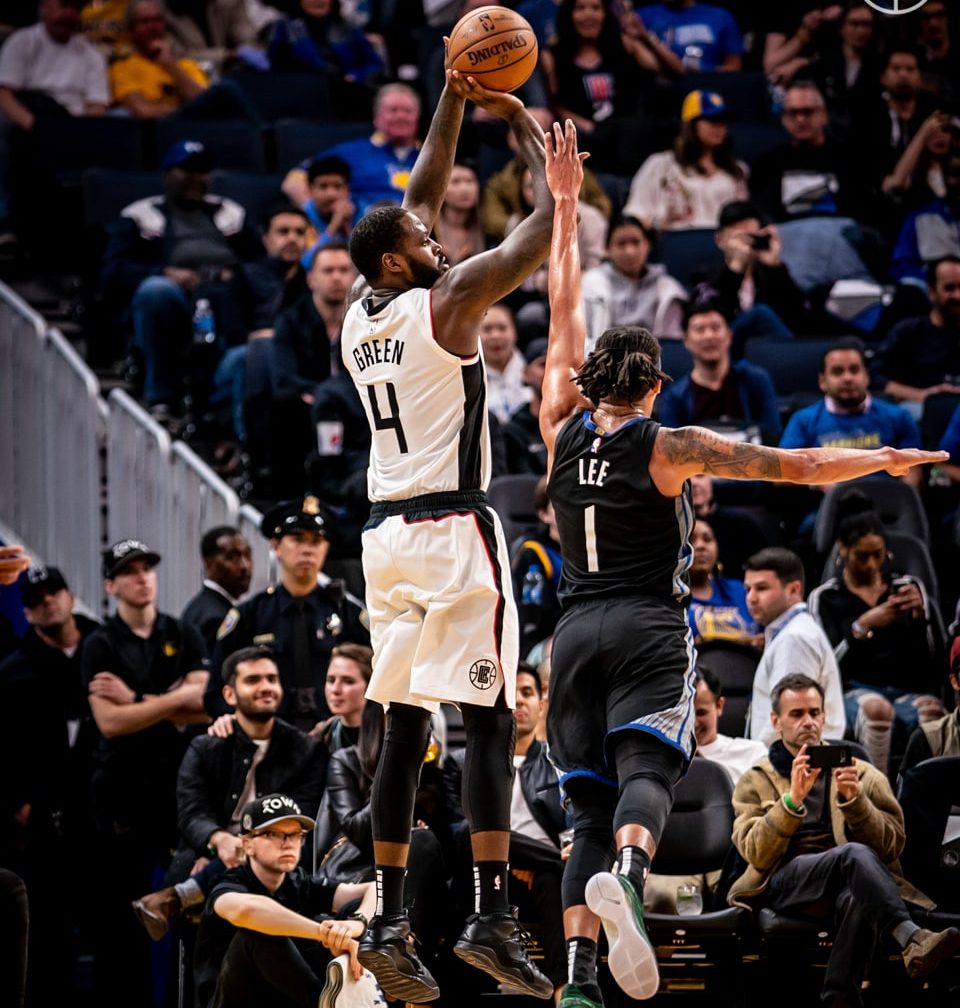 Contract Status: In the first year of a two year, $9.8M contract with a player option in the second year.

The expectations for JaMychal Green for the season were simple. He was expected to come off the bench at the power forward slot, play 15-25 minutes on any given night, and provide shooting, rebounding, and defense. There might be occasions where situations would call for him to play more, particularly as a small-ball center as he was in the 2019 playoffs, but those were not expected to be common, particularly in the regular season. People probably predicted that Green’s minutes and role would increase in the playoffs, just as the 2019 playoffs, but the playoffs were a long way off even before this interminable 2020 season.

Green has fit the expectations to a tee. He’s played just over 20 minutes a game (all off the bench), and almost exclusively in a power forward role. In this spot, he’s once again served as a perfect fit with the Clippers’ bench stars, Montrezl Harrell and Lou Williams, helping solidify the Clips’ reserve unit as one of the most potent in the league. When he’s played with the Clippers’ stars, he’s been a fantastic fit, as his ability to space the floor without requiring touches works ideally with Kawhi Leonard and Paul George. The team has had some strong lineups with Green on the floor, and his personal numbers have been strong.

The only kind of odd thing is that Green hasn’t been used more, especially before the Clippers traded for Marcus Morris. Many of the complaints about Moe Harkless as the 5th starter (too small, not a good rebounder, not an outside shooting threat) would have been directly resolved by moving Green into that spot. Yes, he’s a great complementary piece to the bench, and moving him might shake things up quite a bit, but it’s still odd that Doc didn’t at least try it. With Morris locking down that spot, Green starting remains unlikely, especially with Ivica Zubac’s improvement over last year, but it’s still possible he gets some spots starts in the postseason.

JaMychal is on track to play significant minutes in the playoffs. While the acquisition of Marcus Morris probably puts a limit on Green becoming a starter or closing games like he did in the 2019 playoffs, his ability to play small-ball center and play in a multitude of lineups is extremely valuable. If the Clippers make a deep playoff run, he won’t be one of the primary drivers of their success, but he will certainly play a part. Additionally, a lineup Doc hasn’t used yet is a true five-out unit with Beverley/Lou-PG-Kawhi-Morris-Green, which would be terrifying offensively. Green is just stout enough to get by as the primary help defender against many units, especially with the terrors of George, Beverley, and Kawhi on the perimeter. Look for Doc to try that at some point, especially if Zu’s offensive weaknesses and Trez’s defensive drawbacks become an issue in the postseason.

After the season, however, the question arises of what will come next. Green has a player option for $5M next year, and he will then have a (seemingly) tough choice. JaMychal might be able to get more on the open market, and could certainly get a slightly longer deal that would take him through his early 30s, but remaining on a championship contender at a reasonable rate will presumably be tempting. There’s also, of course, the possibility that Green and the Clips work out a longer deal that will keep him in LA. The Clippers like Green, he seems to like LA, and the fit is ideal with Kawhi and George. So this could be Green’s last year in LA, but it’s also very possible that he will be a Clipper for years to come.