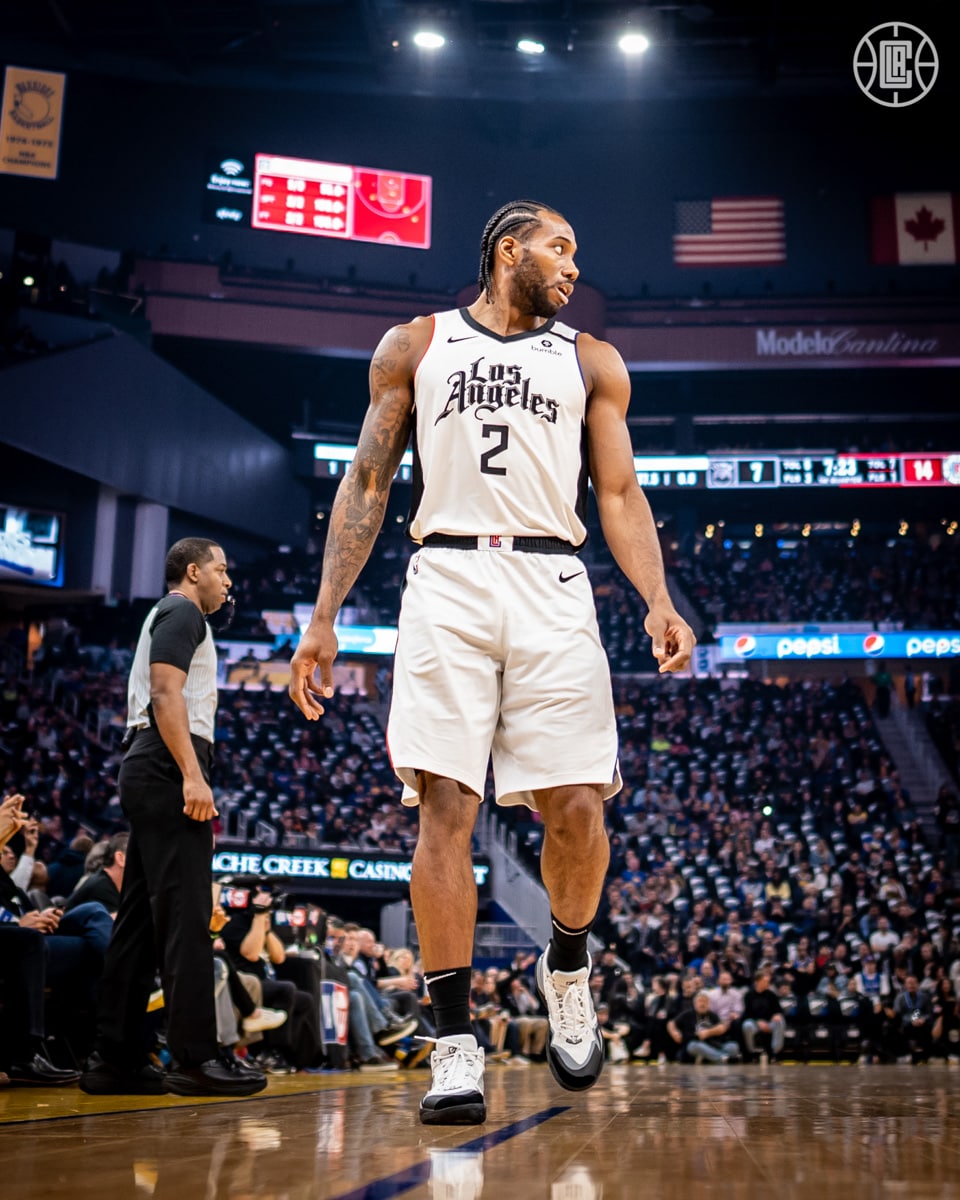 Sometimes, when I write these, I go back and look at my writing from when the player joined the team just to check in with what my initial hopes were for their contribution. I don’t really need to do that with Kawhi.

The expectation when Kawhi (along with Paul George) joined the Clippers was simple: win a championship. In a normal year, mid-June would be the perfect time to evaluate that goal. The one year anniversary of Kawhi’s championship with the Toronto Raptors last season recently passed, and if the season hadn’t been suspended due to the COVID-19 pandemic, Clippers fans would either be celebrating or heartbroken this week (and a few of us would be crazy enough to be preparing for the draft, where the Clippers will have the 55th overall pick).

Without knowing how the Clippers’ season ends up, it’s hard to assess Kawhi’s individual season. We expected that he’d be the team’s best player in the regular season, likely leading them in scoring while also making well-rounded contributions at an elite level. We also expected that the regular season wouldn’t mean much to him, and he’d sit out 15-20 games for load management to stay healthy and rested for the games that really matter: the playoffs.

Through the 64 regular-season games that the Clippers played before the season was suspended, Kawhi was everything we could have possibly expected him to be. He led the team in scoring with nice efficiency numbers, and he even led the team in rebounding, edging out Ivica Zubac’s per-game average due to Zu’s lower minutes. Kawhi also sat out 13 of the Clippers’ 64 games for load management, which, to be honest, set the team back a bit. The team went 6-7 in those 13 games, particularly struggling when Leonard’s rest overlapped with Paul George’s shoulder injury early in the season, and those additional losses more or less account for the difference between the Lakers’ West-leading record of 49-14 and the Clippers’ second-place 44-20. Having Leonard (and George) in and out of the lineup doesn’t just cost the Clippers games, but makes for inconsistent roles for supporting cast players such as Lou Williams, Landry Shamet, and Rodney McGruder. While Williams has had a stellar year, Shamet and McGruder have each struggled to fit in after being strong contributors last year.

Still, that handful of losses is clearly a worthy trade-off for having a healthy Kawhi Leonard on the court in September and October, when the Clippers will be fighting in the later rounds of the NBA Playoffs.

One more note on the “reality” of Kawhi–he brought a level of passing this season that nobody expected. Leonard’s career high assist average before this season as 3.5 in San Antonio a few years ago. This year, he’s second on the team with 5.0 assists per game. He hit 10 assists in a game twice, which he had never done before in his career, including securing his first NBA triple-double. Coming onto a Clippers team without a true primary facilitator–Patrick Beverley is more of a support player at point guard and Lou Williams, while a capable creator, is a score-first bench option–Kawhi stepped up his ability to create for others. In a season where one of the Clippers’ bigger struggles has been periods of offensive stagnation, it’s easy to imagine that without Leonard’s surprise improvement the issue would have been even worse and the Clippers may have been forced to explore adding a new point guard via trade.

Future With The Clippers

This is the question, isn’t it? Kawhi is truly at the point as a player where the more fruitful discussion seems to be not about his immediate on-court contributions, but his potential legacy.

If Kawhi wins a championship with the Clippers this year and/or next, he will almost certainly be the Finals MVP, becoming the first player to win Finals MVP with three different teams (the Lakers’ LeBron James is gunning for the same accolade). He will also make history, taking one of the most hopeless franchises in pro sports–though to be fair, it’s a different ball club with Steve Ballmer at the helm–not only to their first ever title, but their first Western Conference Finals appearance. Leonard has the chance to take a team that spent its history in the league’s gutter to the summit.

But the window is short. When Leonard came to the Clippers last summer, he signed a three-year deal with a player option for the final season. Co-star Paul George is on the same timeline. During the Lob City era, Clippers fans became only too familiar with postseason heartbreak, and with potentially only two shots at a title, the Clippers have a small margin for error.

It can be easy to forget because of his demeanor and prominence throughout the 2010s, but Leonard is only 28 years old (he’ll turn 29 later this month). That would normally mean he has plenty of mileage left–but due to his injury history, some have speculated that Leonard might retire earlier than most superstars.

If he isn’t happy with the Clippers after two years, he could easily be in a position to move again and secure a long-term max contract on another contending team. He could also do that in LA, or pursue either option for just a couple of additional years before retirement. I expect that he will stay in L.A. (and on the Clippers’ side of the hallway) unless things go truly sour, but that uncertainty certainly weighs over each Clippers playoff series until then.