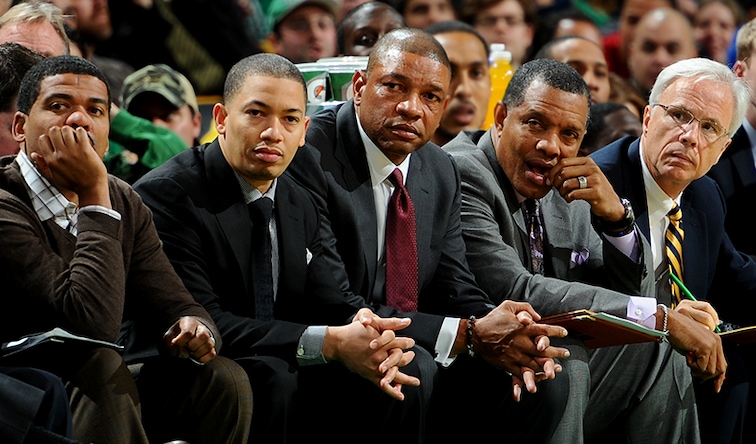 According to Sixers beat writer Keith Pompey of the Philadelphia Inquirer, Clippers assistant coach Ty Lue has interviews with the Philadelphia 76ers, New Orleans Pelicans, and Houston Rockets regarding their head coaching vacancies.

Lou toured the Sixers’ facilities Tuesday, Pompey said, and will meet with Pelicans executives in LA later this week before interviewing with the Rockets next week. Pompey also reported that the Clippers reached out to Lue Monday afternoon after firing Doc Rivers, considering Rivers’ top assistant a potential replacement.

Lue is the most obvious choice to inherit Rivers’ role on the Clippers, given his familiarity with the organization and roster and his championship resume as both a player and head coach. However, some factors could make it a less than ideal marriage. First, the Clippers were clearly dissatisfied with their coaching staff last season–would promoting Rivers’ right-hand man bring the level of change that Steve Ballmer desires? Second, Lue is a top candidate for vacancies around the league, and the Clippers could have to compete with other opportunities with less baggage and other perks (the Clippers can certainly beat out other teams’ financial offers, but do they want to offer a 5-year deal? Will another team give Lue better job security or a say in roster decisions?). And third, Lue and Rivers have a very tight bond–he may not be comfortable taking over the job after the Clippers dismissed the man he’s called a “father figure.”

During the 2016 All-Star weekend, Lue, then the coach of the Cleveland Cavaliers, said “everything I do is Doc Rivers-driven. He’s taught me a lot. Whenever I need advice, I will always talk to Doc.” He went on to say that the two were in almost-constant communication during the years they spent apart, texting to bounce ideas off of each other. It would be hard to imagine a Lue staff that didn’t feature Rivers’ input: “I could be with the Lakers and I think he would still help me out and give me advice.”

That’s not to say that he isn’t a candidate for the Clippers’ job–he clearly is, but a strong relationship with Rivers, and Ty Lue taking interviews around the league, could be hints that the replacement process won’t be as straightforward as some assumed.

For his part, Rivers is reportedly immediately engaging with teams who have head coaching vacancies, and there’s reportedly been significant mutual interest with the Sixers as well. The Sixers could name a new head coach by the end of the week, although Rivers’ dismissal threw a wrench into those plans by introducing an unexpected high-profile candidate, and Lue will not have completed all of his interviews by that point.

While the Houston Rockets are scheduled to talk to Lue next week, it has also been reported that they will interview Dallas Mavericks assistant coach Stephen Silas and Denver Nuggets assistant coach Wes Unseld Jr. With the Rockets having one of the league’s most notoriously cheap owners in Tillman Fertitta, some expect the team to go with a first-time head coach who wouldn’t demand as high a salary or as many guaranteed years as Lue. Last year, the Los Angeles Lakers chose Lue as the top candidate for their head coaching vacancy but the two sides reached an impasse when Lue held firm for a five-year contract and the Lakers refused to offer more than 3.