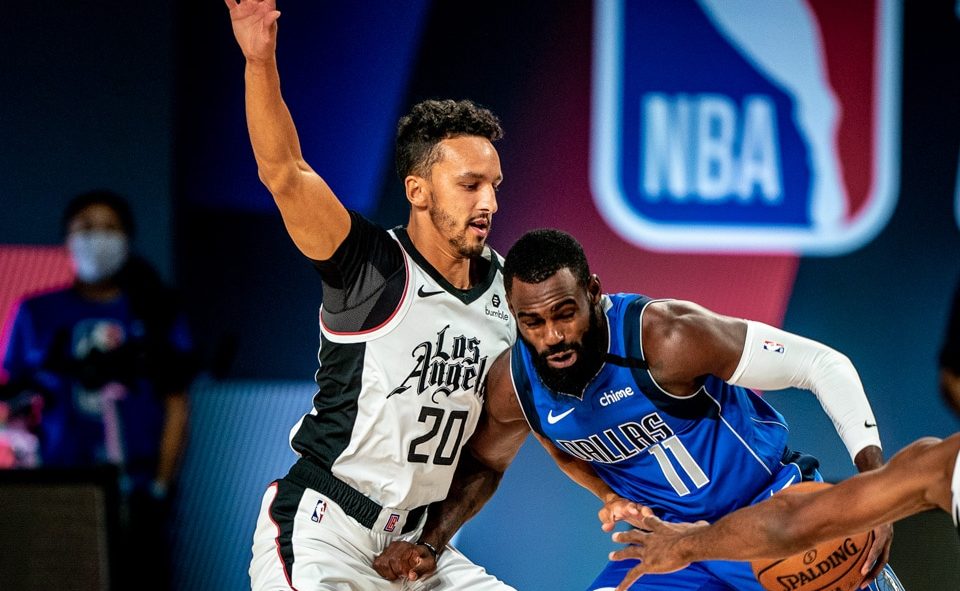 According to Matt Moore (@HPBasketball) of The Action Network, the Clippers are one of the teams interested in pursuing Dallas Mavericks guard Tim Hardaway Jr. ahead of Thursday afternoon’s NBA Trade Deadline. Moore writes that the Mavericks are “aggressively” shopping Hardaway. It is unclear if this intel predates the Clippers’ acquisition of Norman Powell, or if LAC would have interest in adding both players. On the one hand, Powell and Hardaway Jr. might be a little redundant as scoring guards to complement Paul George, but it is possible to see the 6’5″ Hardaway alongside Powell, George, and Leonard in combinations. One of those two support scorers could also slot into a 6th man role, with either Reggie Jackson or one of the Clippers’ bigger power forwards taking the final starting spot.

Hardaway has been a core piece for the Mavericks in recent years, as evidenced by the team handing him a new 4-year, $75 million contract last off-season. However, he was having a bit of a down year before being sidelined in January with a stress fracture in his foot that could cost him the remainder of the season, and it makes sense that the Mavericks could look to move him due to a combination of factors, including the need to free up money to re-sign Jalen Brunson (in the midst of a breakout season and entering free agency this summer) and the need for help down the stretch of this season that the injured Hardaway may not be able to provide.

All things considered, it’s a good time to trade THJ as he’s unlikely to help them again this season and has likely already lost his long-term starting spot to Brunson, with the Mavericks needing his salary slot for Brunson as well. That creates an opportunity for a team like the Clippers, who are not concerned with money due to Steve Ballmer’s willingness to spend and their overall team-building status (it’s much more palatable to load up on long-term 8-figure deals for role players if you already have two max contract superstars on board), to potentially get a good deal. The Clippers also likely know that their championship hopes lie in 2023, not 2022, so a deal that might weaken the team now in order to make them stronger for next season would be justified.

Hardaway is having a down year, primarily due to a regression in his three-point shooting–on similar volume as the last two seasons, he’s shooting 33.6% after being above 39% each of the last two years. It’s likely that the Mavericks would want any potential Hardaway trade to center around Marcus Morris, who potentially fits the profile of a Dallas target due to his elite shooting from the power forward position. The Mavs are looking for help in the frontcourt for pairings with Kristaps Porzingis, Moore notes, though Jake Fischer reported today that Porzingis himself could be on the move. Either way, Morris provides major floor-spacing support around Luka Doncic for a Mavericks team that would really like to get out of the first round this year.

In terms of a Morris-Hardaway swap, it’s unclear where exactly the value lies of each player. Hardaway was having a down year and is injured, which is a mark against him, but coming into the year I would have given him the slight edge of Morris. On the other hand, Morris is owed less money per year and has one fewer year on his contract than Hardaway, representing less of a financial commitment–though I’m not sure how much that extra year matters when you consider that Hardaway is 3 years younger than Morris. On the whole, I lean towards thinking that Dallas is the team that would need to sweetend this deal to persuade LAC to pull off a swap, as the Mavericks are ultimately more incentivized to acquire short-term help with Hardaway hurt and move off that contract to create flexibility for Brunson.

Financially, Morris and Hardaway are not perfect matches in a one-for-one trade, so balancing additional money from the Clippers with additional compensation from the Mavericks is a difficult tight rope to walk, especially with Serge Ibaka now traded to the Milwaukee Bucks for essentially nothing.