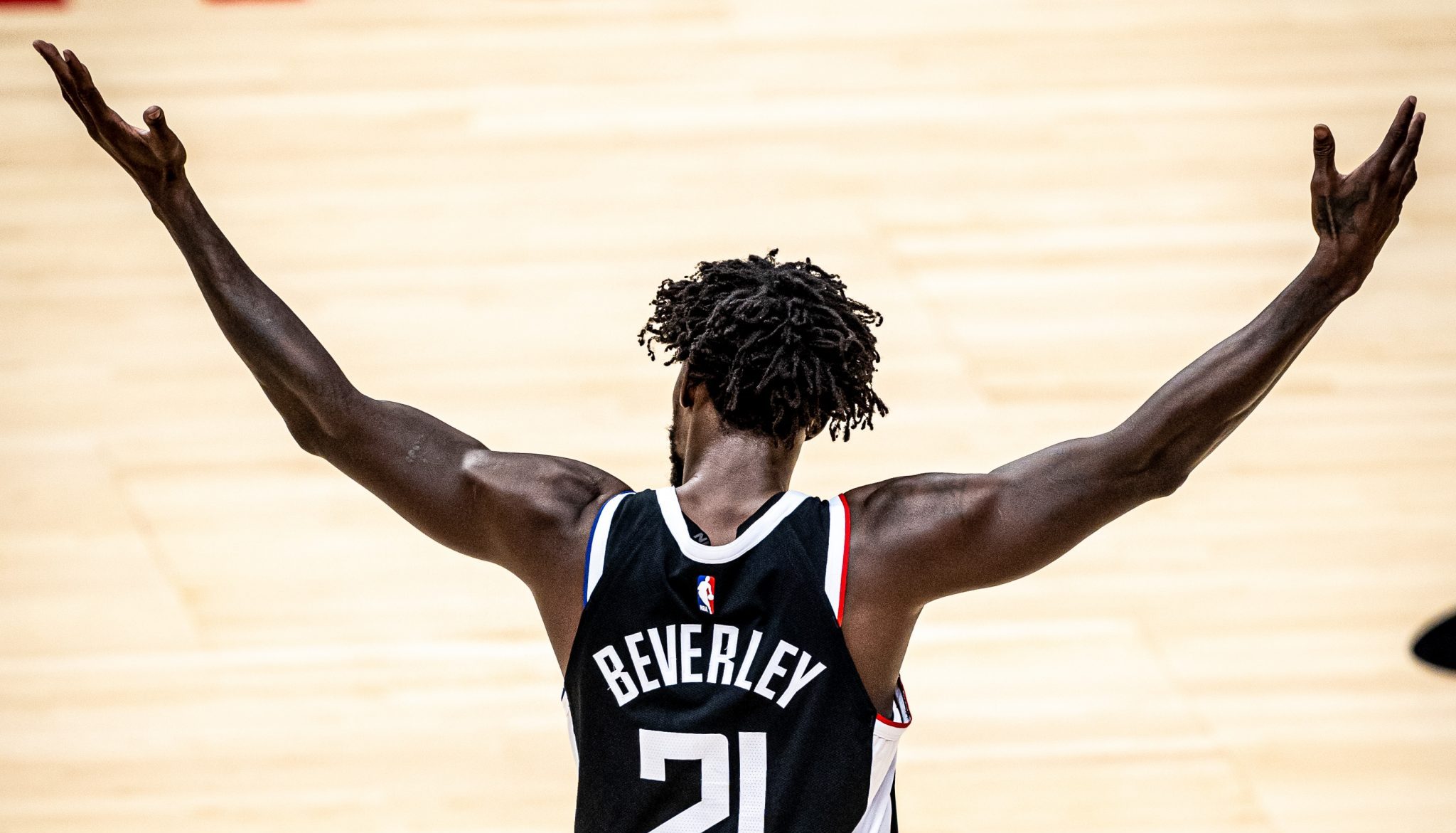 It was an admirable effort by a relentless Clippers team, but the Jazz would outlast them to win for the 20th time in 21 games, 114-96. Patrick Beverley returned to the lineup tonight, but the Clippers were still without Paul George, Kawhi Leonard, and Nicolas Batum, and Luke Kennard was ruled out with a knee injury shortly before game-time to add to the team’s woes. Read on for the full game recap:

The remaining Clippers gave the top-seeded Utah Jazz all they could handle for three quarters. And they didn’t even have to play flawlessly to do it.

Unfortunately for their place in the standings, the Clippers couldn’t hold back their red-rock-hot opponent for the full 48 minutes, succumbing to the healthier squad, 114-96, in a game that was close until it wasn’t.

“Hot” is barely sufficient to describe the streak Utah is riding. Entering the game having lost just once since January 6 and missing only one of their stars, Mike Conley, the Jazz looked like heavy favorites to tread all over the undermanned Clippers. With Kawhi Leonard, Paul George, Nicolas Batum, and now Luke Kennard sidelined with injury, Tyronn Lue would rely on his complementary players to carry the load.

They did a yeoman’s job of it. For thirty-something minutes, the Clippers wrestled the Jazz down to their level. Want a little idea about how that unfolded? Utah head coach Quin Snyder called for timeout after the game’s first three-plus minutes yielded just seven points, four of those for the Clippers. Pace is your friend when you hold the talent advantage, but this matchup between tortoises didn’t yield much of it.

With the Jazz bearing stalwart Rudy Gobert and the Clippers still in possession of Serge Ibaka and an abundance of grit, much of this game was contested in the low-profit areas. The two teams combined for 96 misleading points in the paint. There weren’t many layups. Those scores came nearer the free-throw line in floater territory. Even more scoring came from spots a couple steps further out.

That’s where the Clipper guards made hay. Lou Williams was handed the keys and he drove confidently, tallying a team-high 16 points and six assists in a season-high 35 minutes. He scored less efficiently as the game wore on, and five turnovers reflected the burden of his heavy role, but he was the Clippers’ most important player. He added two steals and a number of off-the-boxscore plays — screens, charges drawn, and aggressive shot contests to name a few.

Reggie Jackson also impressed, adding 15 points and five assists to give the Clippers a two-handed pick-and-roll attack. The Clippers finished with 26 three-pointers attempted but most came in the late stages as the lead grew out of reach — they had tried just nine at the half. The Clippers fought this battle in the midrange.

The Jazz were forced to as well. With Ibaka and Ivica Zubac barricading the rim, the returning Patrick Beverley was free to spearhead the defense at the point-of-attack. The Clippers harassed the Jazz into shots they didn’t want. Donovan Mitchell, a paint-driving menace, finished with a game-high 24 points but had converted on just five of his 14 field-goal tries at the half.

When the Jazz did find open space from their desired spots, they mostly missed. The shooting-mad Jazz continued their bombardment from behind the arc, but shot true on just 32.5% of their 40 tries. They were under 30% in the first half. Out of rhythm, perhaps a bit unmotivated, and without the three-pointer to bail them out, the Jazz merely nipped at the Clippers’ heels for much of this game. They trailed at the ends of both the first and second quarters.

Unfortunately, the Jazz turned the Clippers’ quarter into their own, attacking with more verve as Mitchell and company heated up in the third. The Clippers remained engaged, perhaps overly so, hurting their cause with fouls and turnovers. The Jazz won both the turnover and free-throw battles, removing two of the most common avenues to an upset.

One other avenue is on the offensive boards, but the splendid Gobert squelched the Clippers there. Gobert starred with a 23-point, 20-rebound performance, earning a game-high plus-25 rating. His five offensive rebounds paced the Jazz and buttressed their heavy advantage there.

Having found their way, the Jazz skipped away from the Clippers in the early fourth, prompting Ty Lue to throw in the towel and his few remaining reserves to ride out a protracted stretch of garbage time, saving his veteran’s legs for another try at it Friday.

There are no moral victories, not in the standings anyway, and the Clippers will have to regroup for their rematch in two nights. However, there were additional bright spots. Terance Mann continued his development into a reliable rotation player with 30 rock-solid minutes. His look-away assist was nifty. The Clippers also received timely threes from an Amir Coffey run, as the two-way player chipped in 13 points in reserve. Marcus Morris was the only key contributor who seemed off his game. He scuffled his way to four-of-15 shooting and was quiet throughout.