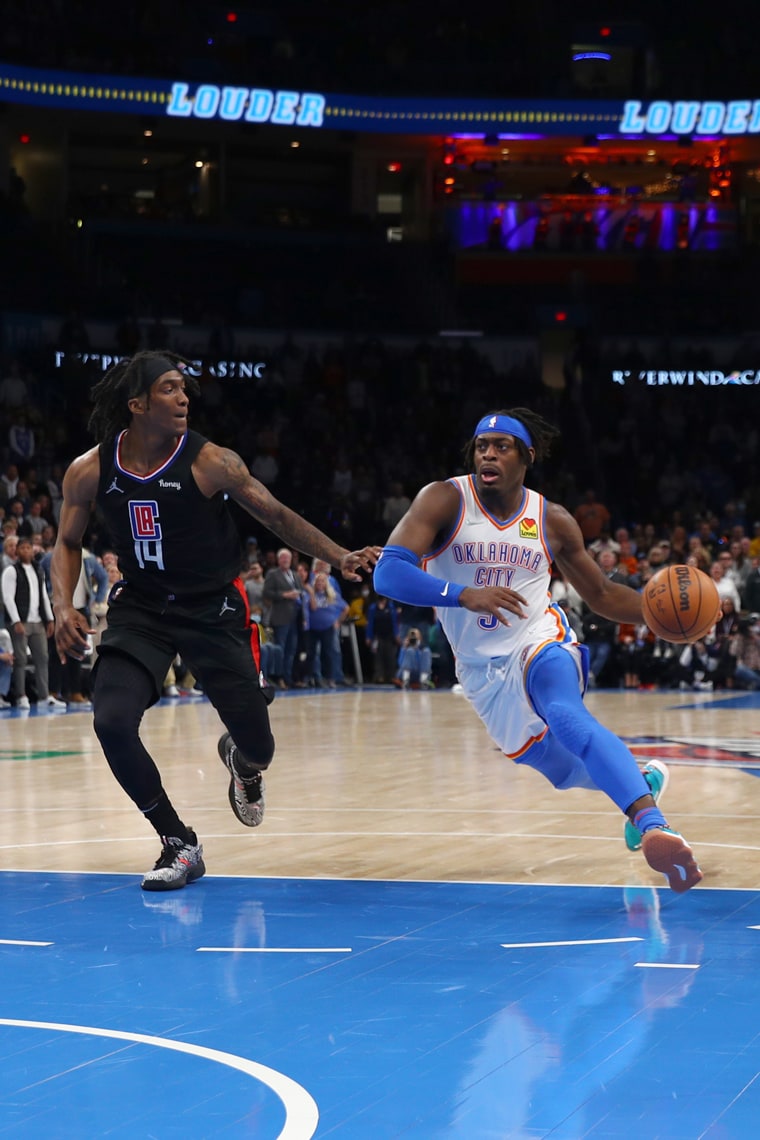 On Thursday, the Los Angeles Clippers will have an opprotunity to avenge themselves after a tough—some might say, humbling—night on Tuesday against the Thunder. Paul George will likely be back from his illness but, with Kawhi out, the Clippers’ depth will get another test against this young Thunder team. Check out the preview for the Clippers’ second game against the Thunder below.

Over the last three season, the Clippers have always dropped a game to the Thunder. Although the losses came in different contexts, they serve as a reminder that any NBA team can beat another on any given night. Well, the Clippers had their mulligan on Tuesday, so they need to get back on track and avoid dropping another game to a team that is not particularly trying to win.

If Paul George has had enough time to get over his illness, the Clippers should feel much better about their chances. The Thunder do not have anyone skilled or athletic enough to guard PG, and PG will supplant Shai as the best player in the game.

Although Paul George is likely back from his illness, it would not be surprising to see him have a slow start, given that he probably has not played much since Sunday. Moreover, Reggie Jackson’s groin injury, according to Ty Lue, is meaningfully limiting his play, so the expectations for him ought to be lowered too.

The Clippers also will not have much of an opportunity to work on their offense, given that there is only one day in between games. This means Norm Powell will not be able to get further integrated into his new (albeit temporary?) role with the starting unit.

The creases that need to be ironed out will take a while; Thursday might just be a step in the right direction—it might not look pretty yet.

That about does it for this preview of the Clippers’ game against the Thunder. As always, check out The Lob The Jam The Podcast and Clips ‘N Dip for analysis throughout the week, and follow us on Twitter to watch the game with us!