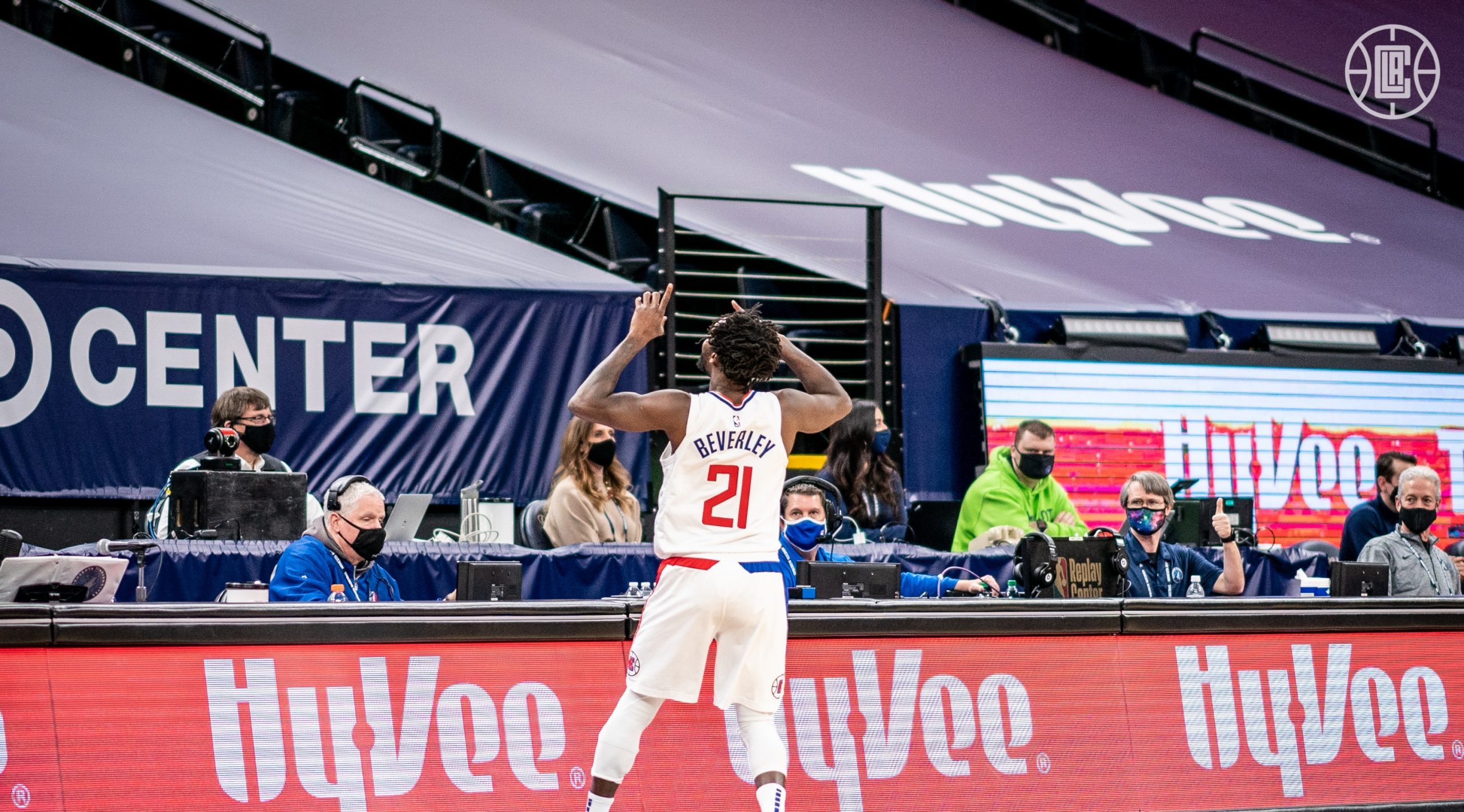 Clippers: OUT — Kawhi Leonard (knee); OUT — Serge Ibaka (back)

Each series comeback becomes more difficult, though. The opposition gets stouter. Attrition wages its ongoing war. The Clippers have adjusted to Kawhi Leonard’s absence. They’re adjusting to Marcus Morris Sr’s injury limitations. They’re also coping with increasing exhaustion, and there’s not much chance of it soon abating.

The Clippers will plug on, shrugging off their obstacles, forgetting their missed free throws. Paul George’s scoring exploits have put him in rarefied air. So has his workload.

Once carried by an explosive offense, the Clippers find themselves in a defensive series. They’re missing the weaponry that allowed them to blow away prior opponents. In Game 3, they mustered the intensity necessary to slow their mostly younger, more incendiary counterparts. Muck things up again tonight and the Clippers will find themselves back at sea level, with just a three-game series in front of them.

. . . is taking its turn to answer the tough questions.

How quickly can Chris Paul reassert himself? The Point God looked conspicuously, understandably rusty in Game 3. As reported, he partook in few basketball-related activities during his isolation. That he now faces a team with a bevy of long, defense-minded wings to throw at him only steepens the grade of his climb back. We’ve seen how such size can slow him down.

How injured is Cameron Payne? The springy point guard turned an ankle midway through Game 3 and didn’t return. He’s listed as probable for tonight. Even if Chris Paul should immediately shake off all his rust, he’s not primed to play near a full 48, not at his age. Payne has inflicted some on the Clippers, using his quickness to pierce what has been an ironclad perimeter defense. Should he be hobbled, or simply unavailable, the Suns will be reaching to the bottom of their shallow pockets for replacements.

How does Devin Booker like the view from behind the mask? The Suns’ incandescent star, and one of the league’s breakout characters of this postseason, struggled through a 5-for-21 field goal performance in Game 3, coincidentally or not on the first night he donned a mask to protect the nose he (and Patrick Beverley) broke in Game 2. Booker maintains that the mask is not to blame for his aberrant shooting. Tonight will be his chance to show it.

Thanks for reading our preview of tonight’s Game 4 between the Clippers and Suns. The comments for this post will be the live thread. Sign up for a free account and join the conversation!