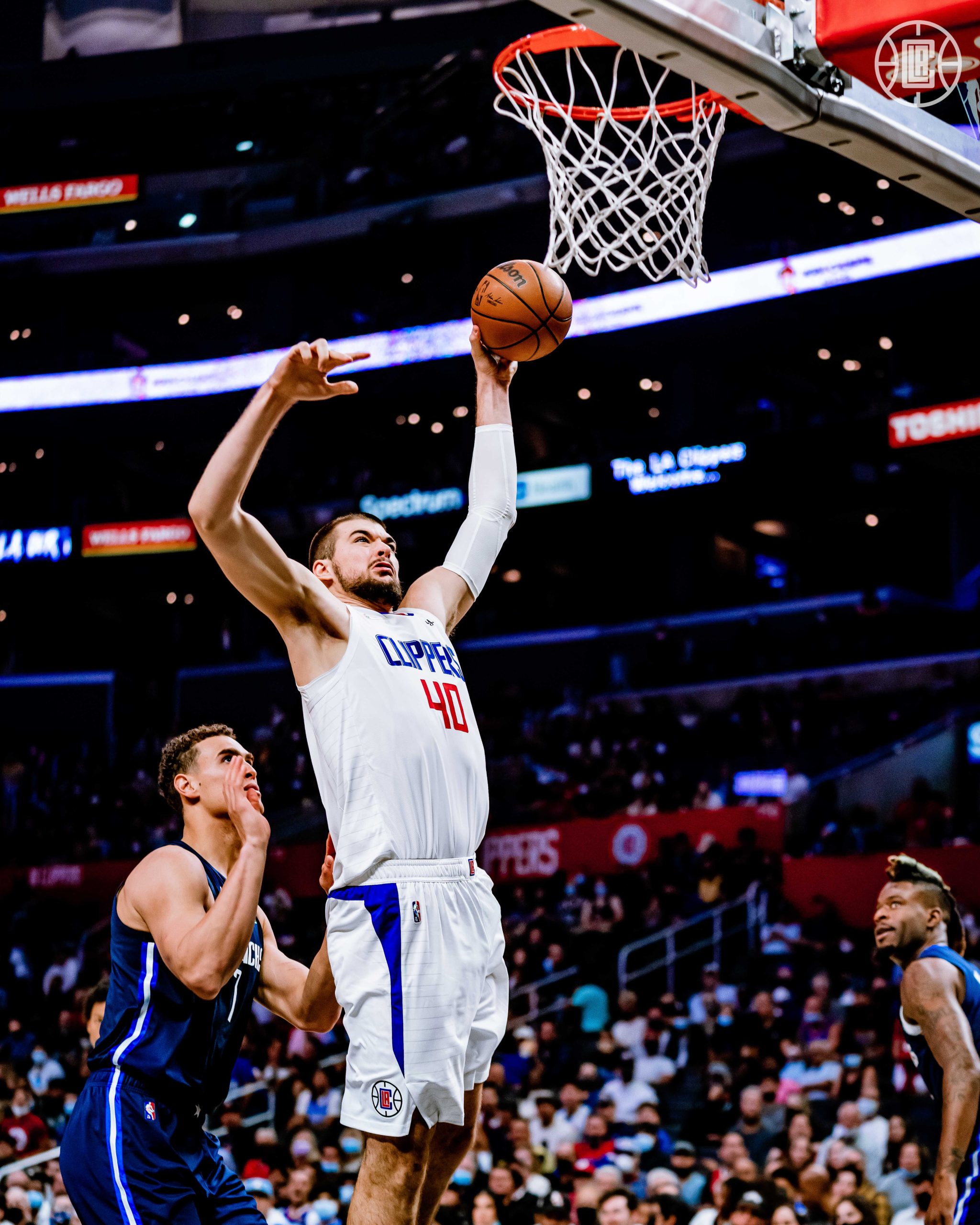 In the second game of this mini series in Dallas, the Clippers punched back, evening the season series with the Mavericks. Ty Lue (“Mr. I’ll Try Anything“) once again came up with a tactical adjustment to make Luka Doncic one dimensional: Put Zubac on it and let him get shots up (he took 33), but limit his playmaking and force him to turn the ball over (Doncic finished with eight assists and seven TOs). For the Clippers, it was once again Reggie Jackson who closed this one out. Check out the game summary and notes below!

After our preview predicted that LA Clippers’ head coach Ty Lue would try to keep Ivica Zubac off of Luka Doncic on the defensive end, we instead saw Zubac picking Doncic up by design. Overall, Zubac did a pretty good job but the Mavericks ultimately finished the first quarter with a three point lead, 26-23. They were led by 10 points from Jalen Brunson and nine from Doncic. Although Clippers’ ball movement and pace looked good to start, they were only 2/11 from three, including several missed open looks. Marcus Morris, Sr. led the Clippers with 10 points (4/7) after 12 minutes.

After a back-and-forth third quarter, the Clippers ended the third quarter with a three point lead. The Mavericks had seven turnovers, but the Clippers’ outside shooting was nonexistent, so the Mavs were able to stay in it. The Clippers’ rebounding woes also gave the Mavs extra opportunities to attack.

The fourth quarter, predictably, turned into Luka Doncic pounding the air out of the ball. He would have 23 points in the final frame, while the rest of his teammates combined for just seven. Reggie Bullock— who was huge for the Mavericks all game—only took two shots in the fourth, making a three, even though he played the whole quarter. In the first three quarters, he had 14 points (4/8 from three).

Ultimately, the Clippers were able to close this one out thanks to eight fourth quarter points from Reggie Jackson, six from Mann, and five from Kennard.

Terance Mann’s aggressiveness: Terance had a season-high 21 points, along with nine rebounds, two assists, and a steal. He did a great job of pushing the ball and getting downhill (Morris loved it too). His perpetual beef with Doncic also continued, as the two shared a moment during the fourth quarter and earned double-techs.

Batum’s quiet night: In my preview, I wondered aloud what might be going on with Nico Batum. After tonight, I still have questions. In 20 minutes, Nico only took two shots (0/2), and had two rebounds, zero assists, zero steals, and a turnover. When the Clippers get wins without the need to over-extend Batum, I am cool with it. But I do think Ty Lue needs to think about how to keep him engaged on both ends because he’ll be vital in big games, playoffs or otherwise.

That does it for this recap of the second game of this mini series with the Mavericks. Stay tuned to the website for more news and analysis!